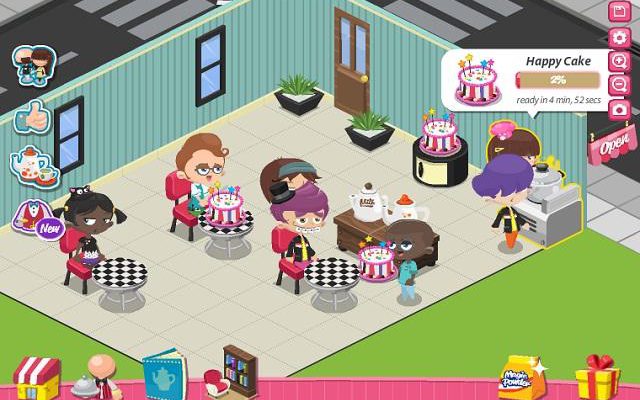 Tea4Friends is a cafe game variant that’s all about tea parties. The goal of the game is to serve tea and desserts to as many customers as possible, make lots of money, and spend it on improving your shop. It’s very simple, traditional management sim stuff. The most noticeable element of Tea4Friends is the cartoony avatars, which are drawn in a wonderfully expressive style. While not highly customizable in terms of fashion options, you can create extremely detailed faces. You can freely customize your avatar and the in-game representations of friends you hire as staffers.

Once you have an avatar, you can begin making both drinks and desserts. The process for this is identical to that used by other cafe games. You create both drinks and desserts on your stove, unlike certain other games where drinks require special equipment to make. Your dishes will spoil eventually if you don’t serve them quickly enough, but the amounts of time required are much more lenient than in games like Cafe World where dishes can spoil literally in minutes. In Tea4Friends, a dish seems to require hours sitting on the stove to go bad. 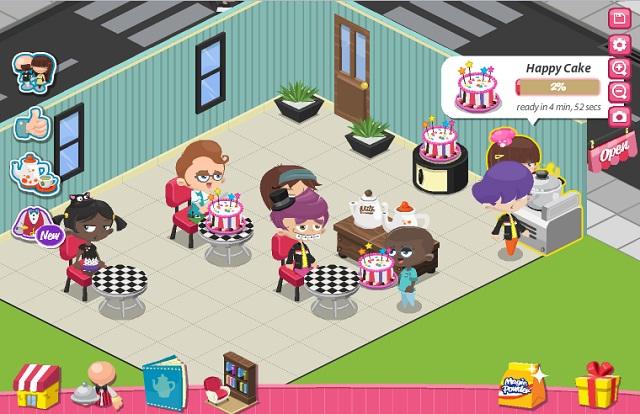 It’s clear within your first dozen levels of Tea4Friends that its recipe book is a bit nonsensical compared to other games in the genre. You rapidly unlock recipes you can’t possibly afford to make without spending real money to get additional in-game coins as well as recipes whose cooking times are ridiculously variable. Most cafe games have a clear logic to their recipe books, beginning you with quick and simple recipes before adding in more expensive and complex ones. In Tea4Friends there’s no sense of progression, so much as things happening somewhat randomly.

The lack of progression and sparse collection of shop decorations leaves Tea4Friends as a rather dissatisfying experience. With nothing interesting to spend money on, there’s not a huge sense of urgency behind earning it. Since the progression itself isn’t satisfying, the game isn’t very compelling and it’s easy to forget to check in and keep playing it. The game feels half-finished in some ways. There is, for instance, an in-game ability to close your shop that accomplishes basically nothing in Tea4Friends, since there’s no consequence to customers leaving your shop unfed. 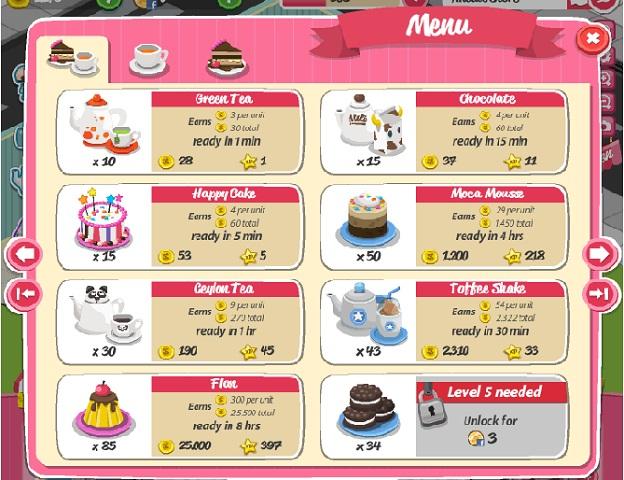 It’s hard to recommend Tea4Friends when there’s so many cafe games for Facebook that offer better gameplay and extremely similar themes. It’s true that Tea4Friends has much better avatar system than most cafe games, but the heart of the game is half-baked as of this writing. The cafe game formula is very simple, so Facebook is overflowing with more interesting and better-made alternatives. Tea4Friends is still worth a look, if only for the game’s cheery atmosphere and glimpses of what it could be with more polished gameplay.