Tape It Up! Review: Sticky Fun 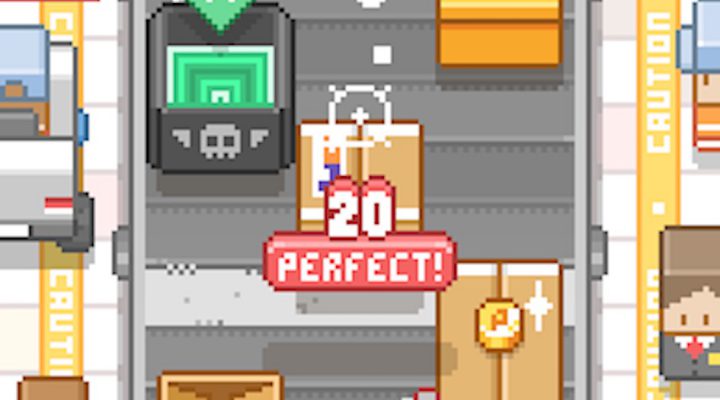 Plenty of characters to unlock

Characters cost a lot of coins to unlock

I’m a big fan of endless runners. They appeal to my love of games that you can dive into for short bursts. Tape it Up! isn’t like other endless runners though, mostly because it involves rolls of tape. Instead of running around, you’re taping up boxes as quickly as possible before leaping onto the next one and so forth. It’s a strange idea really, but it works, and it’s a pretty fun twist on a familiar genre. 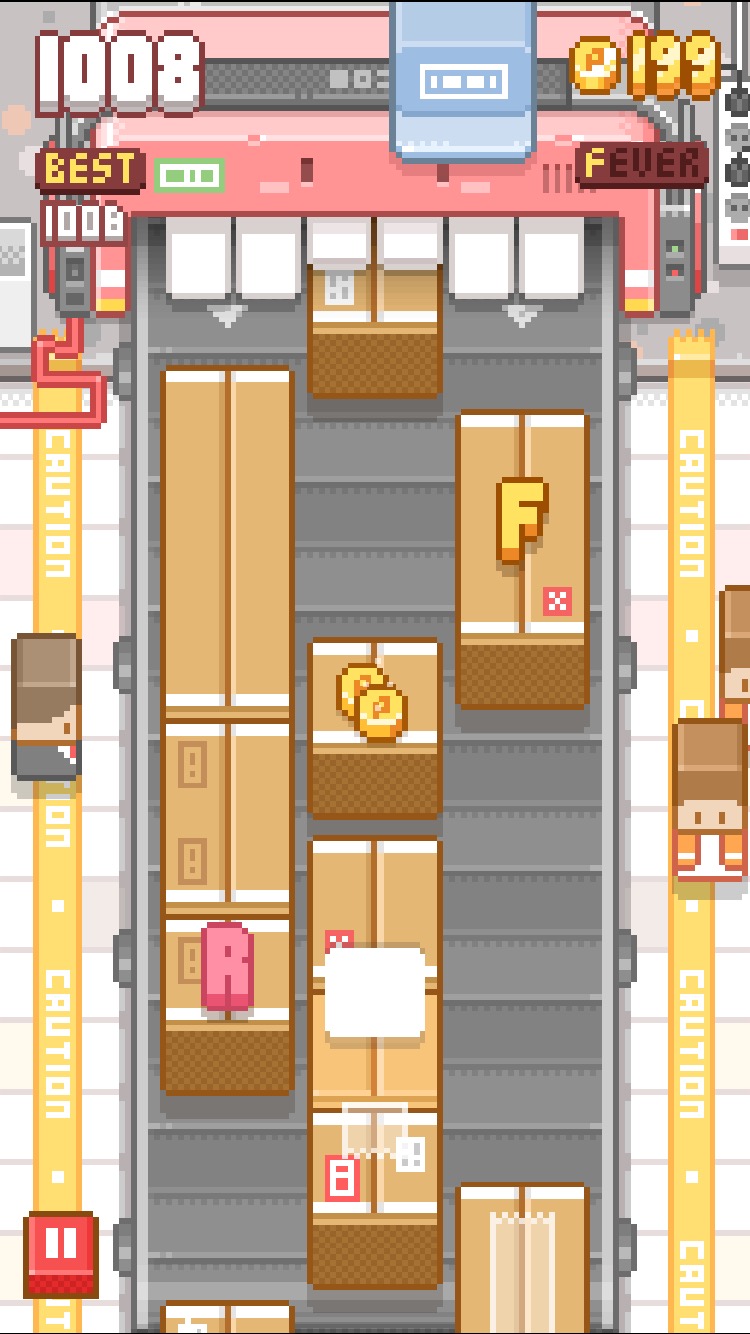 It’s never fully explained whether you’re taping the boxes up as a human being or if the tape machine has a life of its own and is able to leap wildly around. Let’s assume it’s the creepier sounding idea because that’s way cooler. Controls are a matter of swiping to move left or right. To survive, you need to leap from box to box which means timing things just right so that you don’t slip off the end. Do it perfectly and you gain a perfect bonus and a smug sense of satisfaction. Do it poorly and it’s game over.

Along the way are various distractions. You can collect coins, for instance, with a substantial number eventually leading you to unlock new ‘characters’. You can also land in open boxes which produce bonuses for you such as extra points or a FEVER letter. Collect all the FEVER letters and your tape machine goes nuts, flying across the screen and amassing you plenty of extra coins and points. Watch out for some poisonous boxes though that soon wreak havoc. How boxes can be poisonous is a tricky question, but don’t think too hard on that front. 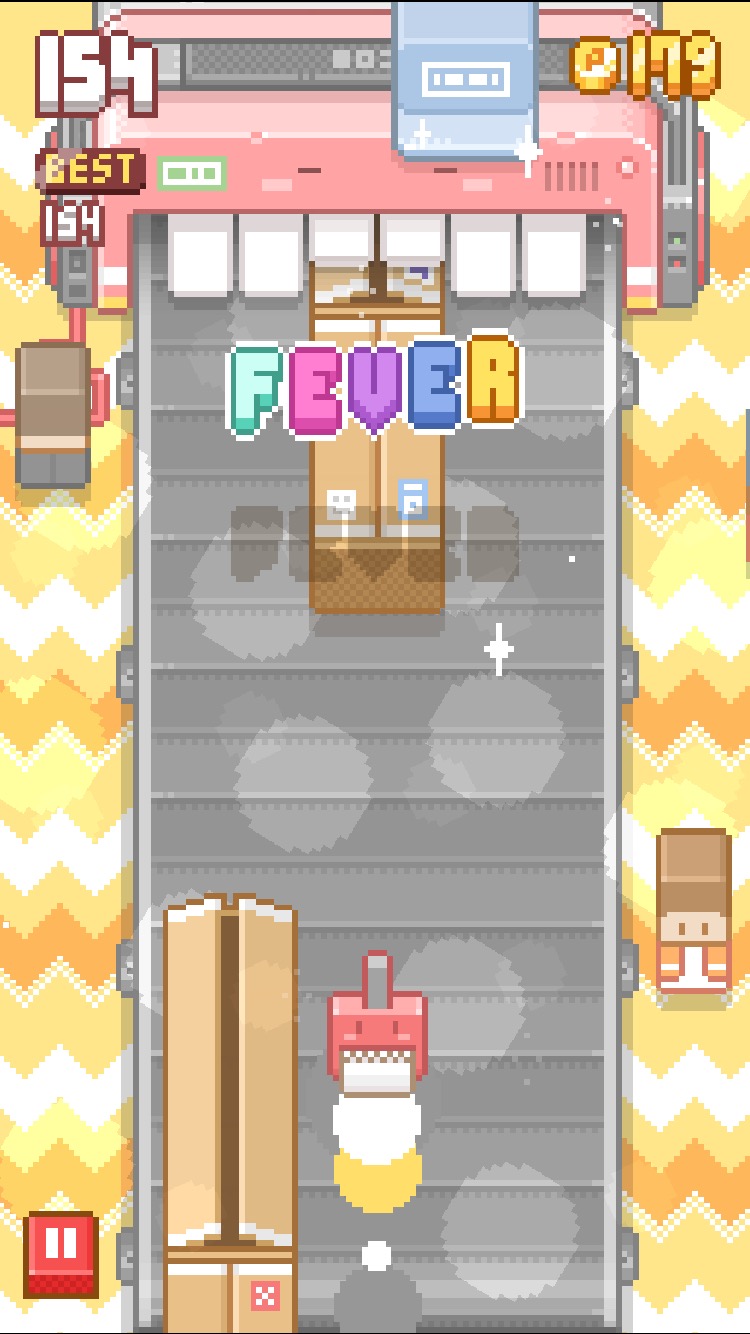 It’s all fairly simple stuff, but that means your focus is on the point of Tape it Up! — fun. And it really is. It’s nothing overly clever, but it’s satisfying to produce a clear run of taped up boxes. Each run through doesn’t take too long, meaning it’s ideal for those few minutes you have spare through the day. The controls mean you won’t have to spend too long relearning them either, as it’s all fairly instinctive stuff.

The only substantial downside here is that once you’ve got the hang of the basics, things do feel rather slow early on. You’ll be wishing there were upgrades you could purchase that ensure you skip ahead a short distance at first. Alas, there’s not. Your sole option for purchases are new characters, which are earned through in-app purchases or in-game coins. It’s fun to see what you can acquire thanks to some quirky additions such as a cat or a VCR tape. You’re still going to end up wishing there was some kind of upgrade system though, extending your urge to keep on playing.

Despite that though, Tape it Up! is still excellent fun. As you progress, you’ll see new scenery and be impressed at the variety that a simple box factory can concoct. There’s even room for a Game Boy style look, and you’ll find yourself keen to see what other imaginative moments can unfold. Crucially, it’s all a pleasant change of pace from more traditional endless runners. Its simple charm might wear thin, but it’ll still be worth keeping it around on your phone for a while to come.