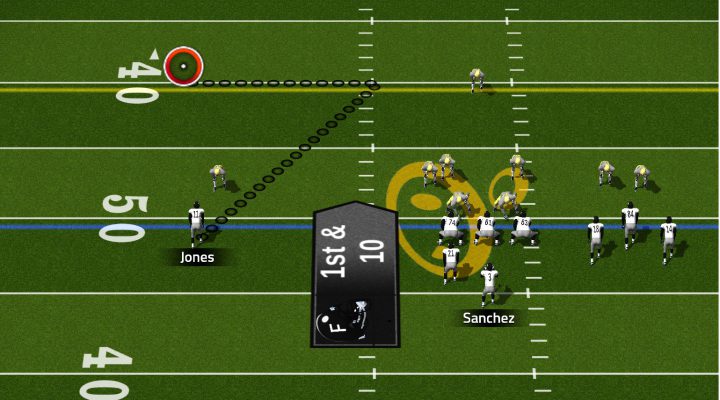 Take the complicated parts of football away so anyone can play.

Almost exactly like the previous game in the series.

Limits on play sessions can be frustrating.

Typically, mobile sports games don’t have much in common with old Bill Murray movies. And by old, I mean before he went and got all serious actor on us.

The analogy works here though, because Tap Sports Football 2016 is a lot like Tap Sports Football. So much so that you’ll swear you’ve played it before — and if you downloaded its predecessor, you probably have. The feeling of deja vu extends all the way to seeing New Orleans Saints quarterback’s smiling mug staring at you in the game’s icon and startup screen.

If you’ve never played the previous game in the series, you’re probably just the right person to be tickled by how Glu manages to turn football — which, let’s face it, is the most complicated popular American sport for the uninitiated — into something that can be played with a single finger. By taking away pesky things like calling plays or ever worrying about defense, Tap Sports Football 2016 is all about timing and decision-making. 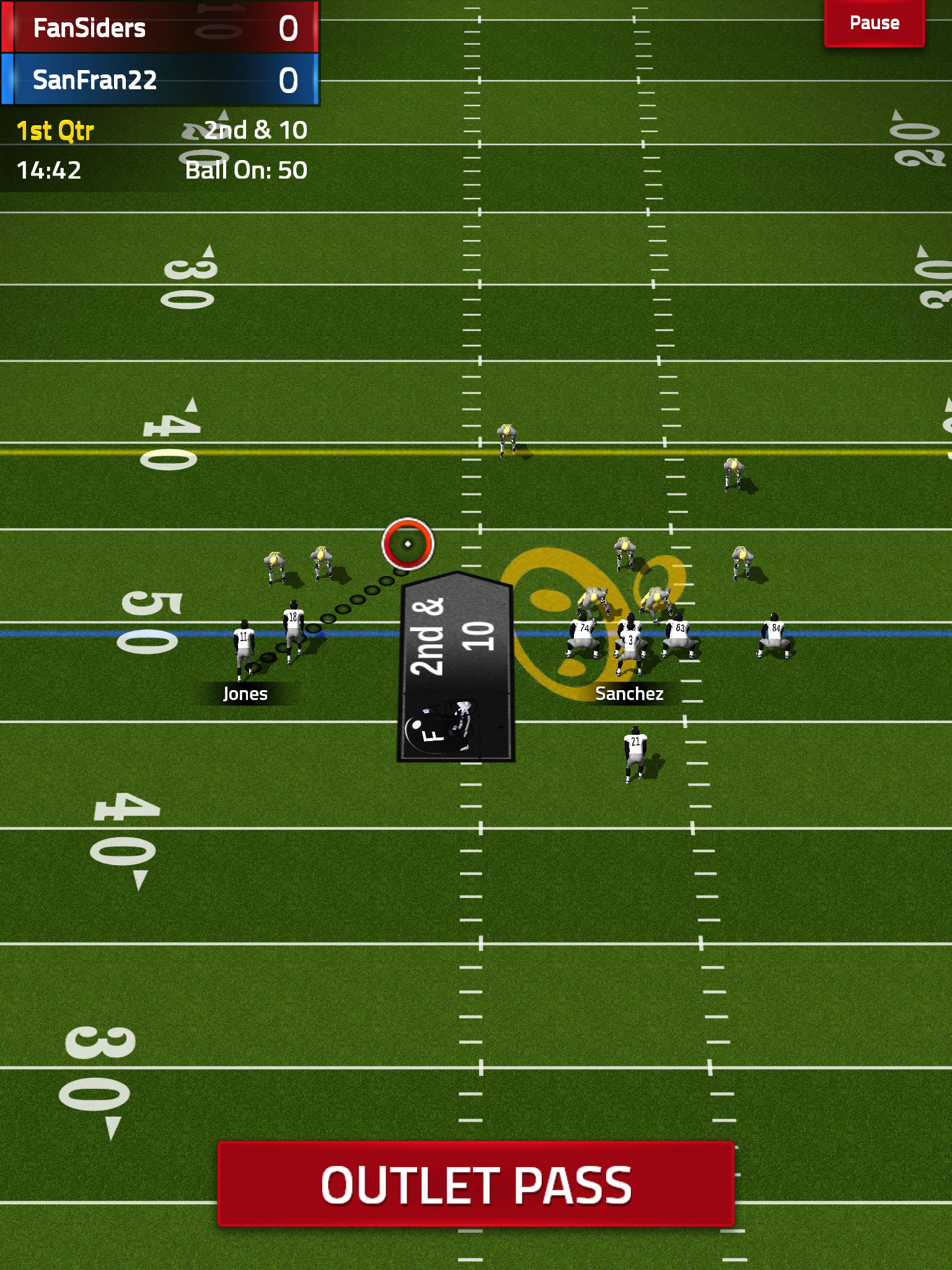 On passing plays, you identify the open receiver and tap anywhere on the screen to pass, or hit a button at the bottom to check down like your name was Alex Smith. Running plays proceed automatically except when you see the need to cut, when a simple tap can gain you extra yards.

Everything else, including defense and special teams, is an exercise in team-building. Players are rated from one to five stars and have three individual attributes each, and you’re constantly trying to improve your roster whenever possible. Two different currencies can be spent on draft picks that leave the actual player you receive up to the whims of a spinning wheel. Five-star Franchise Players can be rented for five games at a time with special Franchise Coins, giving your squad a noticeable but temporary boost. 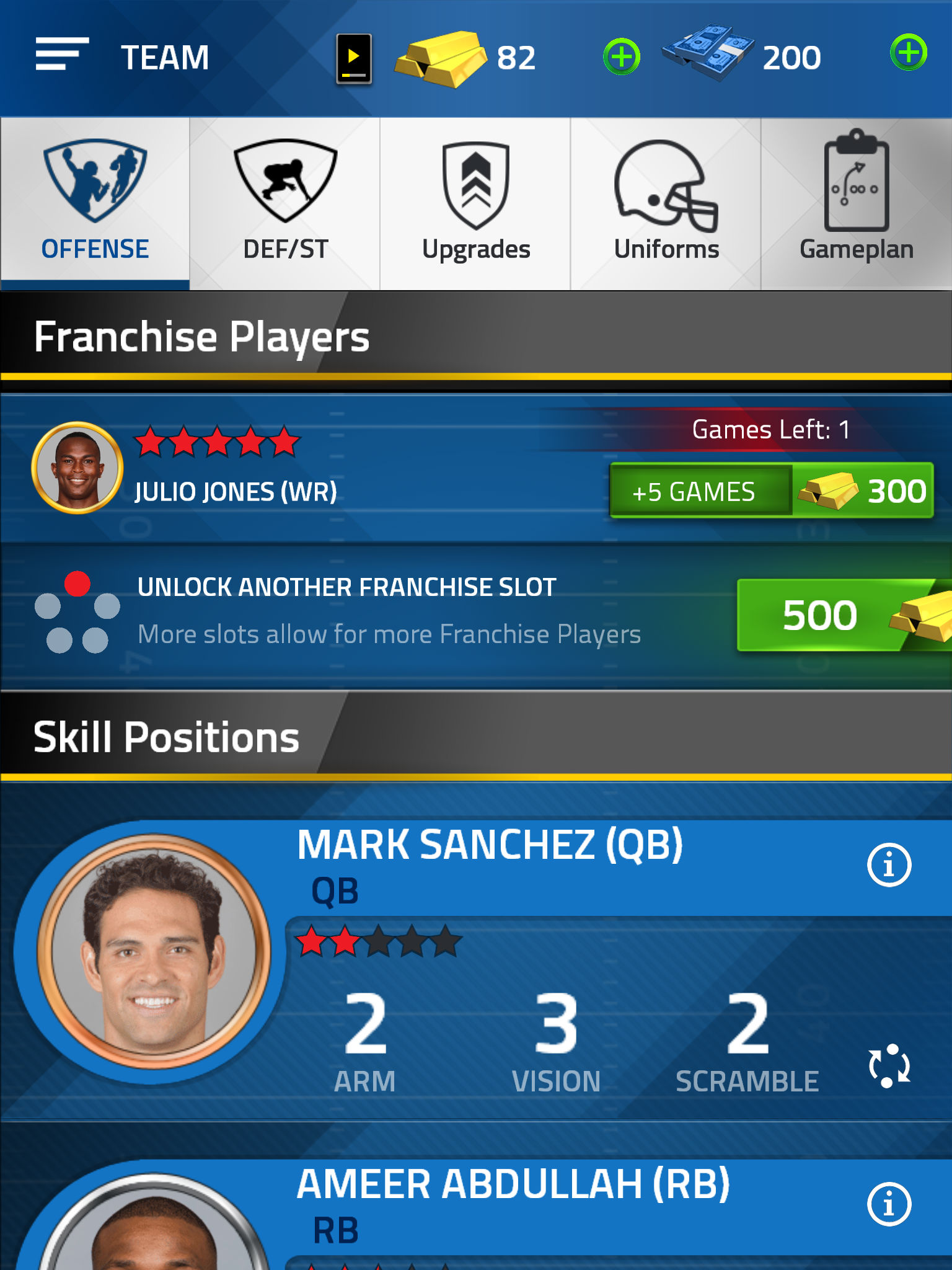 Once again, Tap Sports Football 2016 offers you a wide variety of game modes including single games, leagues and tournaments. Provided you dig the gameplay, you’ll never find a lack of things to do, especially since you can earn rewards by tackling daily and weekly leaderboards. Head-to-head play also returns, albeit in the form of asynchronous multiplayer where you play one drive and then wait for your opponent to do the same. The system of tickets needed to play individual games is also needlessly complicated, which could lead to limits on your play sessions that you aren’t even aware of until you stumble into them.

In that respect, Tap Sports Football 2016 isn’t much different than last year’s game, which had all of the same strengths and weaknesses. In fact there really isn’t much in the way of additions to graphics, gameplay (you’ll recognize all the same running and passing plays, guaranteed), or presentation. Nor is the tutorial improved, so the strategic elements — for example, you can tweak the way the AI handles your defense — remain frustratingly hidden. 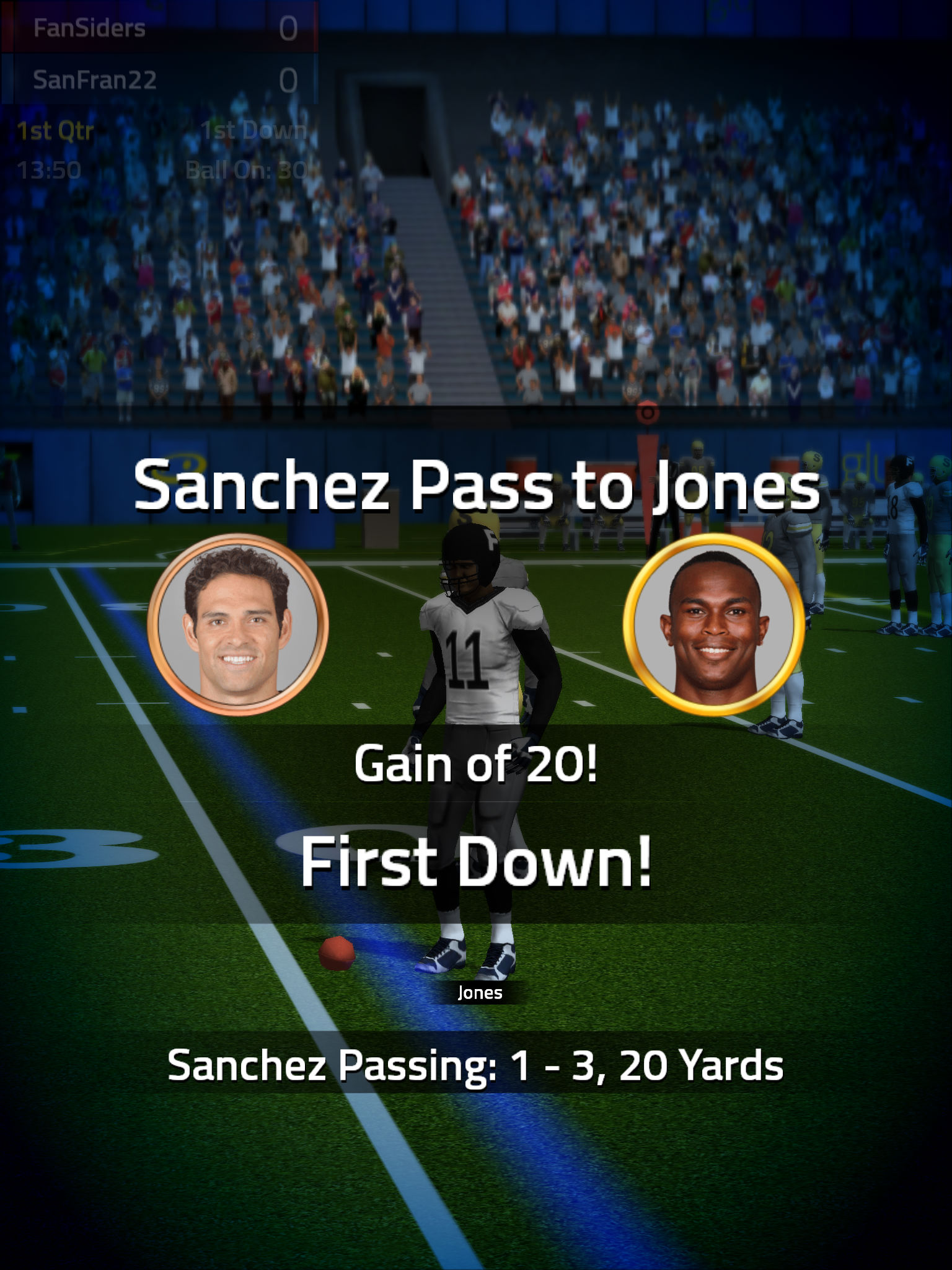 There are new players, of course, which you’d expect from any sports title that features the year prominently in its name. But while something like Madden can get away with a simple roster refresh, a coat of new paint and maybe a token extra feature or two, there’s no reason to think that the Tap Sports Football series has earned the same benefit of the doubt from mobile gamers.

It’s quite possible I’m overthinking this, since this is a really simple game that makes it easy for anyone to enjoy some quick football. That doesn’t change the fact that this feels more like an update than a standalone sequel, and not even Brees’ winning grin can change that.

Order of the Light: The Deathly Artisan Review – Easy Does It