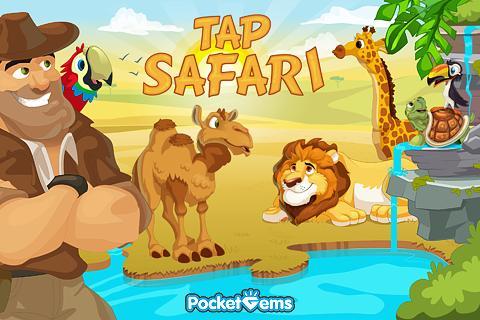 Tap Safari is essentially Dream Zoo without any bells and whistles.

Tap Safari challenges you to build an amazing display of wild animals, but it’s not easy. Tap Safari, which is similar to Zynga’s Dream Zoo, allows you to build a safari full of wild animals, cross-breed them to make even more exotic animals, and decorate it to make your safari truly stand out. Unfortunately, in the end, there just isn’t much to do in the game.

When you begin the game you are given an extremely small bit of land to build on. Unlike similar games, each animal exhibit is a different size and you will find yourself running out of building space within about five minutes. At that point you won’t be able to much of anything until you’ve earned enough money to expand and then waited for the expansion to complete. Also, expanding doesn’t add that much more space to your game.

Due to the lack of space you may find it hard to decorate your park. Every decoration or road you place in your safari is taking up valuable space that you could use to house more animals so you can earn additional funds.

The menu system in the game is also a mess. It took forever to even locate the move option, so that I could rearrange my animals. Instead of being on the main menu screen, it’s tucked away under the other option. Placing items and animals on the screen is also awkward. You need to double tap the screen to place items, and it’s very easy to place something where you don’t want to.

One fun feature in the game is the cross-breeding option. There is obviously no science involved here as breeding a lion and a hippopotamus results in an African elephant, but it’s cool to mix and match animals and discover the results. 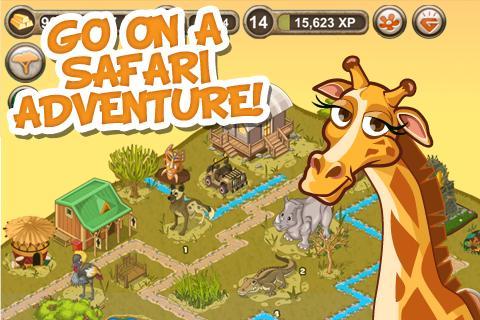 Your safari is also very static. Only your staff moves around the screen. No one visits your safari and your animals are static. And, while your staff does wander around your safari, they don’t actually do anything. In fact, hiring staff simply earns you experience and does nothing to benefit your animals or earning potential.

In the end, Tap Safari doesn’t provide a lot of gameplay. Other than checking in on your animals and collecting coins there isn’t a lot to do. And while the cross-breeding option is interesting, it doesn’t really add anything other than additional animals. Also, being unable to truly customize your safari due to size constraints is a real problem.