Home / Reviews / Tap My Katamari Review: Roll With It 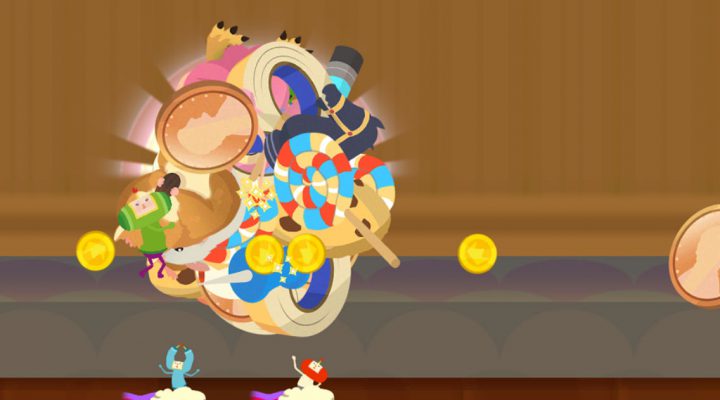 It's good to see the Prince and his friends again.

Little of the charm that defines Katamari games.

A watered-down version of Katamari.

Game instructions are confusing for newcomers to clicker titles.

Bandai-Namco’s decision to turn the beloved Katamari franchise into a clicker game is a real head-scratcher, to say the least. The Katamari puzzle / action series dominated gaming pop culture in the 00’s thanks to its hilarious writing, bizarre sense of humor, and one-of-a-kind concept (“roll up your surroundings into a big ball of … stuff!”)

When a beloved game franchise gets pared down into a free-to-play mobile game, there’s some backlash to begin with. But when that franchise is as beloved as Katamari? And is turned into a clicker game, of all things? You’d best hold on to your butt. 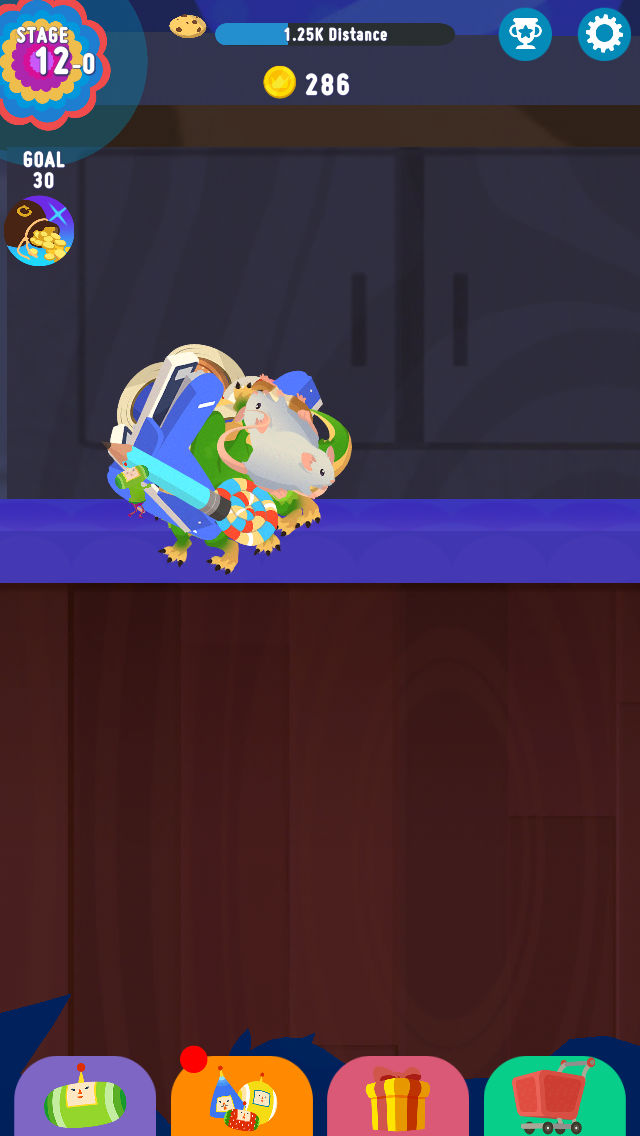 Clicker games / idle games aren’t automatically bad. Clicker Heroes by R2 Games looks great and offers a sense of progression that really makes you feel like you’re trundling along (regardless of how little you’re actually doing). But clicker games are often held up by critics as a key example of everything wrong with mobile gaming in general. After all, clicker games are simple, pointless distractions — which is kind of the point, seeing as the genre evolved as a critique of “click-and-reward” titles like FarmVille.

None of the criticism changes the fact clicker games enjoy a dedicated audience despite (perhaps because of) their simplicity. In fact, given my fondness towards clickers, I can safely say Tap My Katamari isn’t a grand specimen compared to the crazy quests and building projects the genre offers.

At the same time, though? It’s… not bad.

Tap My Katamari’s whimsical pedigree is admittedly part of its problem. It’s impossible not to think about the series’ heyday and off-the-wall creativity while you’re rolling a boring-looking katamari across a flat plane. Katamari games are about rolling over everything from paperclips to cruise ships, then struggling to control the monstrosity you’ve created.

By contrast, Tap My Katamari’s titular katamari grows symmetrically over time. It seems to be little-affected by what it rolls over. Where’s the fun in that? In the same vein, the perpetually drunk King of All Cosmos appears now and again to encourage / berate the Prince’s work, but the stuff he says isn’t particularly funny or horrifying. What a downgrade for one of the best-written game characters of all time.

Tap My Katamari also leaves you to figure out a lot of stuff on your own. Clicker games don’t exactly need detailed tutorials, but instructions are still necessary (especially if we’re talking about a genre that generally makes people say, “Wait, this is all I’m supposed to do? Really? What’s the catch?”) 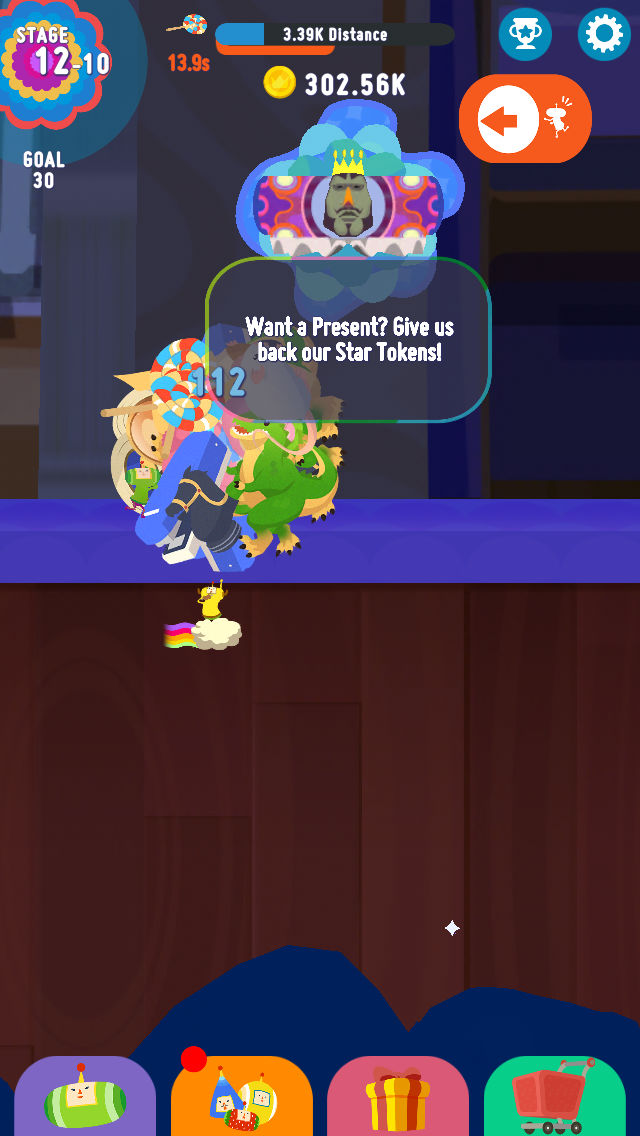 Tap My Katamari offers little instruction, however. You’re supposed to tap your heart out, that much is clear — but it needs to be a bit more clear on the “idle” portion of the game. The Prince can recruit his cousins to roll his katamari when he needs a break (i.e. when you want to turn the game off for a while), so you’ll theoretically have a pile of coins waiting for you when you return. Coins then go back into upgrading how much “distance” the Prince covers when he rolls along (a direct action you perform by tapping), and how much distance the cousins cover when he’s idle.

It’s not impossible to figure out, but it all feels a little obtuse. Clicker Heroes, Tap My Katamari’s closest relative, keeps everything neat, clean, and clear thanks to its RPG setting. It quickly becomes obvious you can only level up by making yourself stronger and beating each area’s hulking boss. Your job is a less clear with the “Time Attack Mode” that serves as Tap My Katamari’s progress barrier. Clicker veterans should get it, but newcomers to the genre will find themselves confused.

While we’ve nothing against the genre, it’s undeniably sad to see Katamari downgraded into a free-to-play clicker game. Maybe it’d be a little easier to take if Tap My Katamari was meant to accompany a full-blown Katamari title. That doesn’t seem to be the case, alas.

Still, it might be worth your while to re-unite with the Prince. One thing you can say for Tap My Katamari: Its soundtrack is as sublime as the King of all Cosmos’ freshly-showered bod.