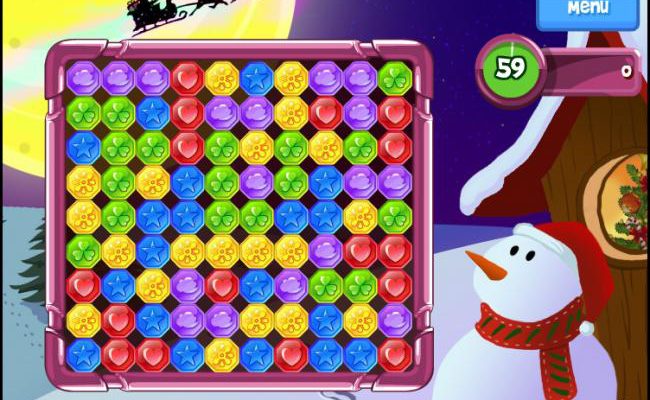 Collapse has been around since the early days of web-based games, and its popularity has ensured a fair share of iterations and clones. And Tap Diamond is the latest. While technically sound, the game offers little in the way of originality, boasting features that have all been done before with the only new features requiring virtual currency.

The core play of Tap Diamond is one that ought to be familiar enough. You are presented with a field of multi-colored tiles and must click on sets of three or more to remove them. New tiles will then fill in the created space, and points will be earned. The idea is to remove them as fast as you can in order to earn the best score possible in 60 seconds. As you might expect, extra points are earned for larger groups of tiles or chains.

Chains actually activate one of the more significant aspects of the app (even if it has been used in other games before it). Upon successive tile removals, you will automatically activate a bonus mode for a short time that will drastically boost the points earned for each set of tiles removed. That said, it can be difficult to find groups to remove quick enough, as the game does not give you very much time before the chain is lost (only a second or two). Sadly, this means that a lot of the game’s scoring comes down to a little bit of luck. 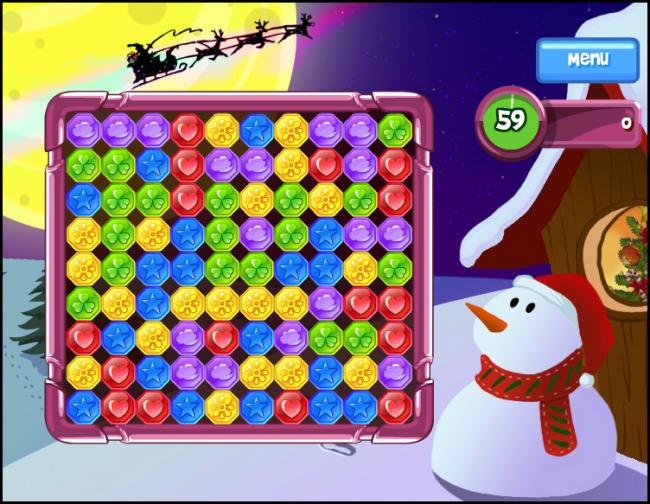 Tap Diamond also incorporates a lives system of five diamonds. Each time a game is played, one is removed, and to get more you’ll have to either wait several minutes, request them from friends that play, or purchase them with “Coins,” which are bought with Facebook credits. This moderate social mechanic is also accompanied by basic leaderboards and weekly tournaments amongst friends.

The only point in which Tap Diamond becomes interesting is with its “Battle Mode.” From here, you can challenge others in a duel for points, and actually bet coins on who will win. It’s a great component for added competitiveness, but each match requires coins to participate in, so play can be extremely limited. The game also tries to search for opponents for you to battle, but it’s not exactly timely in finding them. Most of the time, all you’ll see is a “looking for opponent” screen.

Tap Diamond looks good, but, as with the gameplay, the presentation doesn’t exactly stand out. Perhaps that is simply due to the bland and repetitive nature of the game. After all, Tap Diamond is a game design that has been seen several times before, and other than its battle mode, just doesn’t do all that much that is interesting. Even this mode is sold short though due to frequent inabilities to find opponents and the required currency buy-in that drastically limit play.

Order Up!! To Go Review