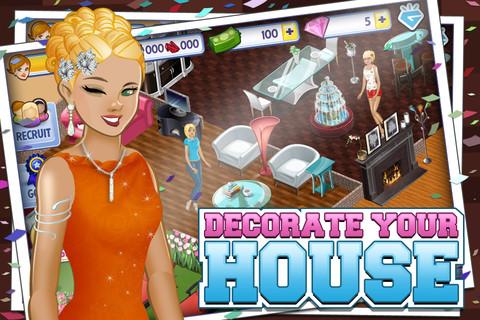 Tap Campus Life lacks flavor to begin with, but the constant panhandling for microtransactions kills the experience.

School bells have started ringing in the new semester with shrill, brass voices. It’s time to sit your butt down in a chair and do some learning. Ah, but if you’re going back to college or university, you have a little control over your own destiny. Will you focus on your studies, or will you revel in the party life? Pocket Gems’ Tap Campus Life lets you indulge in the latter via a social/house-building game that’s not unlike The Sims.

You begin Tap Campus Life as a girl who aims to build a sorority. This means transforming your lonely one-room apartment into a cash-rich Animal House. You need to make friends, host parties, decorate, expand, and dress up in fabulous outfits. Most importantly, you need to best your snotty rival. Oh no she did not just talk trash about your girls!

Recruiting friends into your sorority means pandering to their interests. If your girl is interested in fitness, for instance, you can work out with her to raise your friendship levels (and you get a bonus if you exercise in appropriate clothing). You can also probe for mutual interests through conversations. Said conversations are initiated by tapping on wordless pictures—icons that represent music, dancing, cake, or what have you. Thing is, it’s never really clear how your friend will react when you choose a topic of conversation, so you’re left wondering why discussions about puppy dogs cause her to burst into tears.

Character interaction in Tap Campus Life is simpler than in a game like The Sims, and the building aspect of the game doesn’t bring anything new to the genre, either. The graphics are bright and bubbly, pretty much what you’d expect from a simulation game about party girls. It’d be easy enough to dismiss Tap Campus Life as a niche alternative to Maxis’s popular series, but the game has a major road block: it makes you endure long countdowns before tasks can be completed. Surprise, surprise—you can hurry things along with Gems, the game’s store-bought currency. 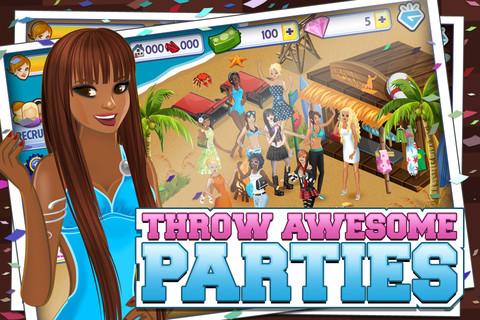 It’s bad enough to be shaken down for in-app purchases every few minutes. It’s worse when you invite a girl over to party and you have to kick her out because it costs a Gem to keep her there for post-party coffee or desert. Uh! Ru-ude!

Tap Campus Life is kind of inane and empty-headed, as none of the girls exhibit anything close to a personality. Still, it’s harmless enough if you’re interested in the novelty of running your own sorority. Just be warned, you’re in for long waits unless you want to cough up a lot of extra dues.