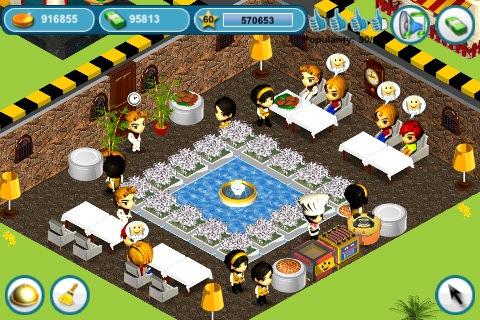 Tap Bistro offers up an edible, but largely tasteless, dish

Tap Bistro is one of those games that’s hard to evaluate. Not because it’s particularly good or bad, but because it’s so blatantly unoriginal. It’s Cafe World on a mobile phone. And while it’s a good portable version of Zynga’s popular restaurant management sim, it’s just so lacking when it comes to original ideas. And that’s made even worse by the fact that games like Zombie Cafe have already done a much better, much more creative job of bringing Cafe World to the App Store.

It’s pretty likely that you’ve already played something that’s at least similar to Tap Bistro before. You have a restaurant that you can improve and expand, employees to help you serve food, and customers that come in to buy the food. At the center of all this is you, the chef. Cooking meals involves nothing more than selecting an item from the menu, but the trick is in the timing. Each dish takes a certain amount of time to cook, so you’ll need to time things well to make sure that you always have food ready to serve.

As you progress you’ll unlock different cooking appliances, which in turn opens up a menu of new dishes to cook. Some dishes even require two appliances. The chicken nuggets, for example, first need to be heated up in the microwave before being tossed into the deep fryer Selling food earns you money, which can then be put towards expanding and decorating your restaurant and hiring additional staff to help with your ever-growing group of customers.

It plays well enough, with a solid range of customization options and meals to prepare, but it’s nothing you haven’t seen done before. And done better, for that matter. Zombie Cafe at least threw in the zombie theme, which itself added in some new and interesting gameplay mechanics. Tap Bistro does none of this. If you squint hard enough you could probably fool yourself into thinking that you are indeed playing Cafe World. 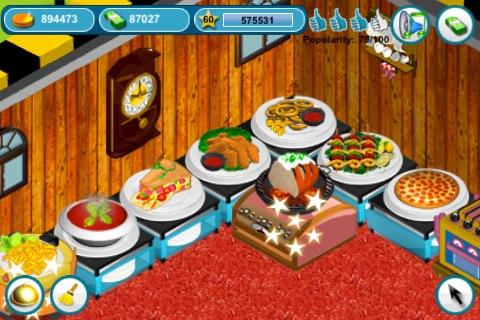 Like the rest of the game, the presentation works well enough but is definitely uninspired. The characters are somewhat deformed 3D models, that are neither cute nor charming. And even with a relatively large slate of options to choose from it’s tough to make a really attractive restaurant. There’s a coat of blandness that simply covers the whole experience.

Tap Bistro isn’t precisely a bad game, it just doesn’t offer any compelling reason to play it over the glut of similarly-themed games. Everything from the structure to the gameplay to the visual design screams generic, and Tap Bistro never manages to shake that off, even numerous levels into the experience.