Tales of the Rays Review: A Full Console RPG? 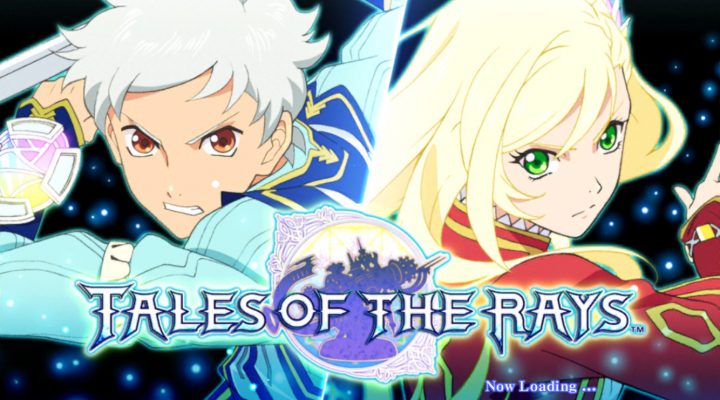 More to do than in your average mobile RPG.

The story isn't that great.

If someone showed you a picture of Tales of the Rays, you couldn’t be blamed for thinking it was a last gen console game. It’s slickly presented, with gorgeous 3D graphics and plenty of flashy special effects.  In that department, Bandai Namco has definitely smashed the “console quality” boast of the game’s App Store description out of the park.

Dig a little deeper though, and you’ll start to see far more mobile here than console. Now, that’s not always a bad thing — after all, this is a mobile gaming site. But if you’re coming to Tales of the Rays with hopes of an epic, premium adventure, you’re going to be a bit disappointed.

There’s fun to be had here, and that rich presentation makes it all a treat for the eyes. Slowly but surely though the free-to-play mechanics start to slide in, and you realize what you’re playing is much closer to the casual end of the spectrum than you might have first thought. 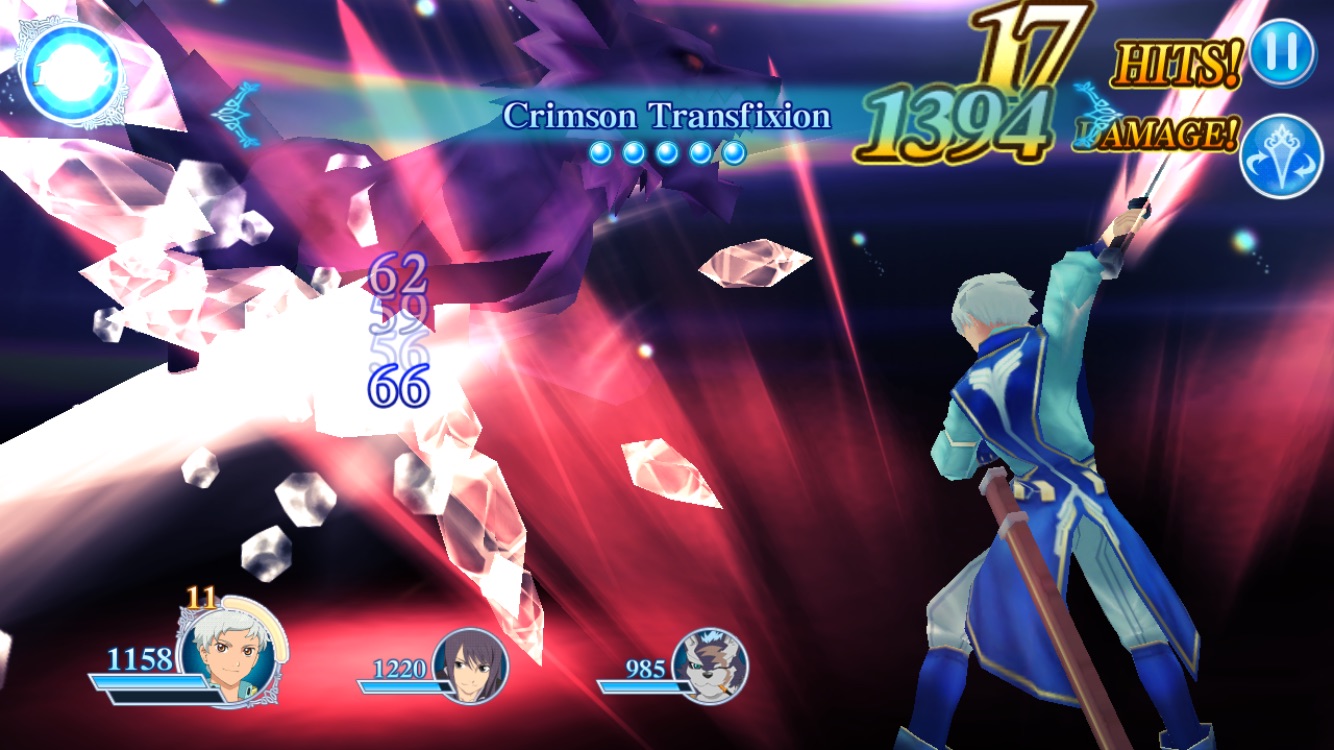 The game starts with an awful lot of story, most of which, to be honest, is complete gibberish. Basically your world is collapsing, so you need to hop around other worlds from the Tales games and nab their heroes. It’s standard mobile RPG stuff, and means the game can draw in familiar faces from Tales games past.

Once that’s out of the way, you’re dropped into a world of dungeons. In these sections you drag a finger around the screen, exploring the mostly linear levels. There are some nooks and crannies to head down, but for the most part you’re heading in the direction the game tells you to go.

When you come into contact with an enemy the screen shatters and you’re taken to the battle screen. This is where the game really shines. The Linear Motion battle scheme from the console games is in place, and it adds a huge amount of depth to the scraps. 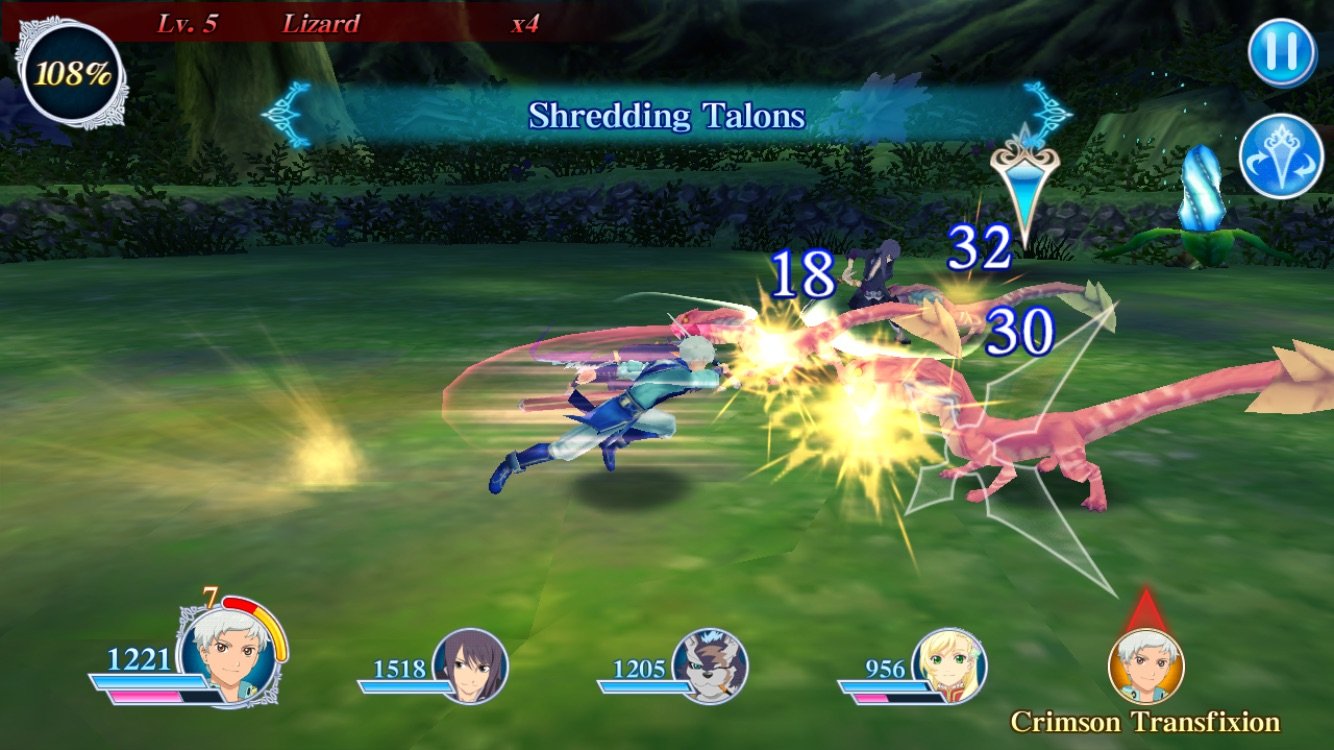 You can move freely around the fights, and attacks are controlled with swipes on the right of the screen. You get four to choose from, and you can combo them to great effect. Stand still and you’ll defend, lessening the damage from your foes attacks.

There are super special moves that you can unleash by flicking up on your character’s portrait. The more of these you use, the more powerful they become, so it’s worth your while throwing them out whenever you get the chance. The rest of your party is controlled by the AI, and will putter around quite happily kicking and stabbing and healing.

Each level finishes off with a boss fight. Defeat this giant creature and you’ll move on to the next challenge. And all the while you’ll be earning a variety of currencies, as well as new equipment and all manner of other gewgaws and shiny baubles. 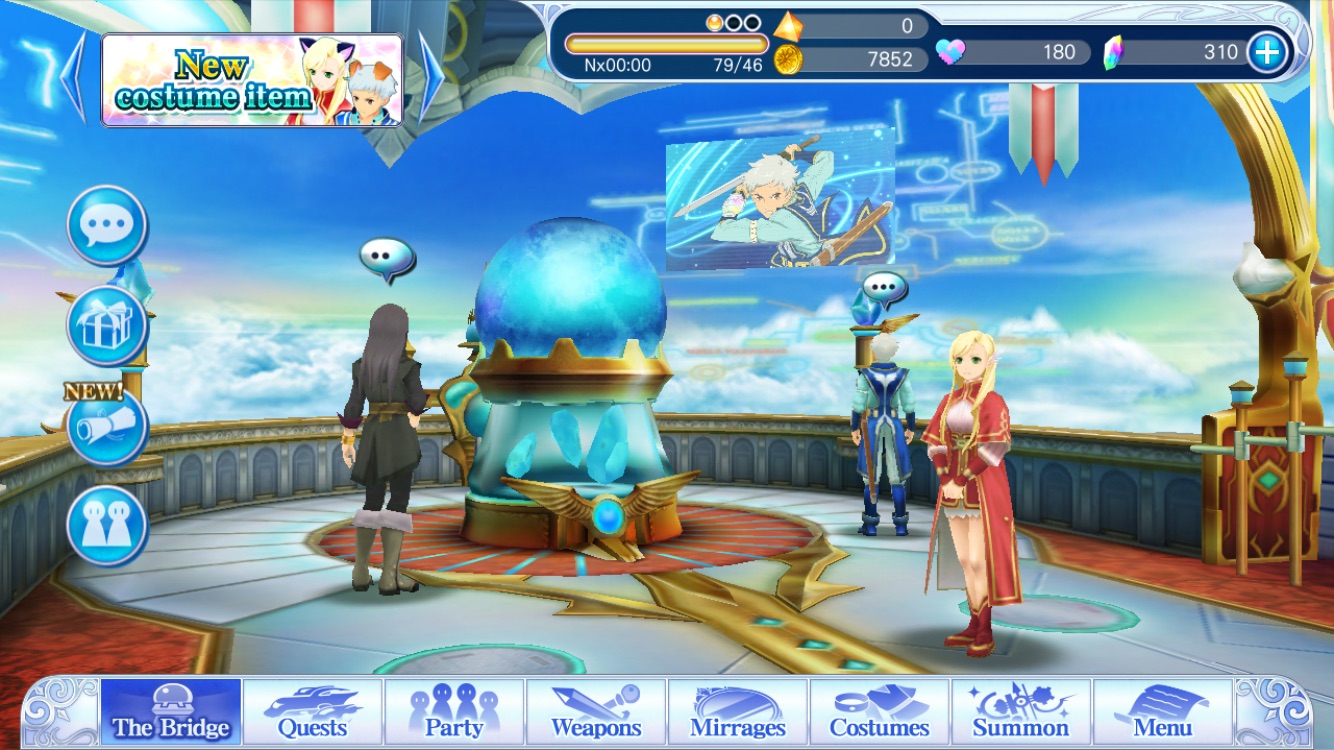 Despite the more hands-on approach that the game offers, in the end it follows a similar path to pretty much every casual RPG on the App Store. You jump from short mission to short mission, watch the various numbers that represent your characters go up as you do.

And sure, it’s fun. And if you’re a fan of the Tales series you’re going to get a kick out of seeing old friends popping up in strange situations. On the flip side of that though, you’re going to have to deal with the fact that this isn’t a traditional Tales game.

It’s got all the trappings, but scrape them away and you’re doing the same thing you’ve done in countless other mobile RPGs. There’s more meat on these bones, for sure, but Tales of the Rays isn’t the fulfilling meal you might have hoped it was going to be.

Galaxy of Pen & Paper Review: Space… You Know the Rest