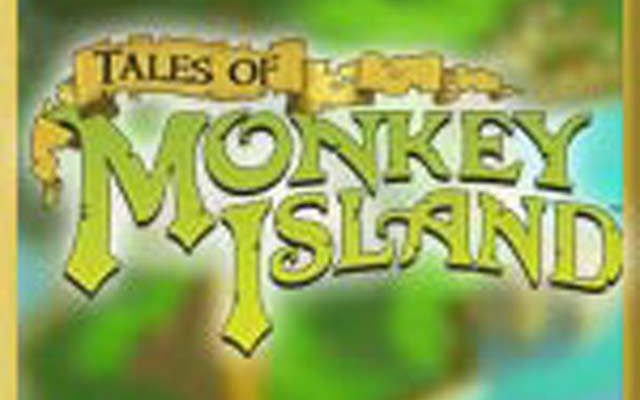 The saga of mighty pirate Guybrush Threepwood continues in this second chapter of the Tales of Monkey Island series, which takes place directly after the events of the previous game. And though The Siege of Spinner Cay plays and looks identical to the first game in the series, it ends up being a much more enjoyable experience thanks to some clever — and very funny — writing and much more intuitive puzzles.

The Siege of Spinner Cay doesn’t waste any time in getting straight to the action, kicking off with our pirate hero being held at sword-point by pirate hunter Morgan LeFlay. The two engage in a lengthy sword fight, which results in Guybrush losing one of his hands, though he does eventually escape. And all this before the credits have finished rolling.

Eventually Guybrush sets off towards the strange island of Spinner Cay, home to the even stranger mer-folk. After reuniting with his wife Elaine — who scolds him for losing his hand, which had his wedding ring on it — and the newly reformed, formerly evil pirate LeChuck, Guybrush continues his mission of locating La Esponja Grande: a mystical item that will once and for all rid the Caribbean of the voodoo pox.

The adventure sees Guybrush exploring a chain of islands, where he encounters dimwitted pirates and oddball mer-folk. The game plays out exactly the same as the previous chapter: you control Guybrush’s movement with the keyboard, while using the mouse to interact with the environment, use items, and talk to various characters. The puzzles in The Siege of Spinner Cay mostly revolve around using and combining items, so it’s important to be thorough and explore the environment fully. There are also some dialog based puzzles, which include tricking the aforementioned dimwitted pirates.

For the most part the puzzles in the game aren’t particularly tough, though a few may leave you scratching your head for a bit. However, it’s nothing that a little diligence — or maybe a quick peek at a walkthrough — can’t help.

Of course, what has made the Monkey Island series such an enduring and popular franchise is its great writing and quirky sense of humor. And in these respects, The Siege of Spinner Cay more than lives up to its lofty name. Probably the strongest aspect is the new characters, who are as odd as they are funny, and really help to give the game a unique personality. The same goes for returning favorites. Guybrush is as bumbling as ever, and the complete transformation of LeChuck from a demon pirate to a do-gooder is hilarious to watch.

But one of the best parts of this five-chapter series is that the games are all interconnected. The Siege of Spinner Cay expands and continues the storyline of Launch of the Screaming Narwhal, making it feel as though the series is heading for one epic finale. This is aided by the terrific cliff-hanger ending, which gives players something to look forward to when they eventually get to boot up chapter three.

In the end, is you played the first chapter of the series — which is pretty much necessary to understand everything that’s going on in this game — you know just what you’re getting into: a short, funny, and quirky adventure game with memorable characters and clever puzzles. And for fans of the Monkey Island series, that’s just what they’re looking for.

For similar games, try Tales of Monkey Island: Ch 1 – Launch of the Screaming Narwhal, The Tales of Bingwood: To Save a Princess and Emerald City Confidential.

Alabama Smith in the Quest of Fate Review