Home / Reviews / Tales of Lagoona: Orphans of the Ocean Review

Tales of Lagoona: Orphans of the Ocean Review 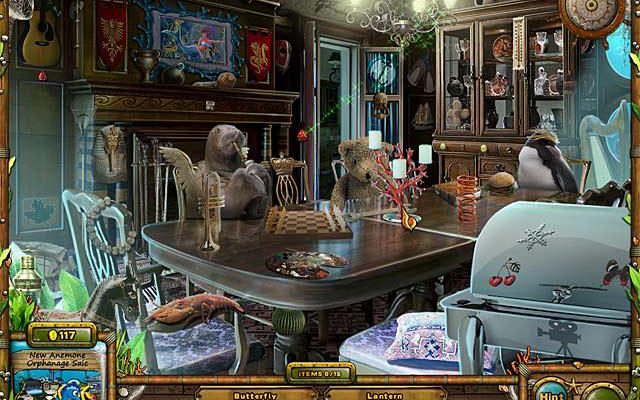 Tales of Lagoona will pull you in, hook, line, and sinker

Tales of Lagoona: Orphans of the Ocean follows Islabelle, a mermaid with a single goal of preventing the run-down Coral Bay orphanage from being leveled and turned into an underwater shopping mall. You’re there every step of the way to help Islabelle achieve that goal, as you sell the orphanage’s many treasures to earn money for upgrades. With an in-depth, charming storyline and plenty of mini-game variety, Tales of Lagoona makes a splash in the hidden object space, even for its few faults.

Tales of Lagoona combines your standard hidden object gameplay (find items on a list) with tons of extras. Each room of the orphanage can be unlocked and explored, and items are large enough to stand out pretty apparently. After receiving your starter set of rooms, you’ll need to collect Gems to unlock more rooms, with Gems being placed in every scene (although collecting them is voluntary). 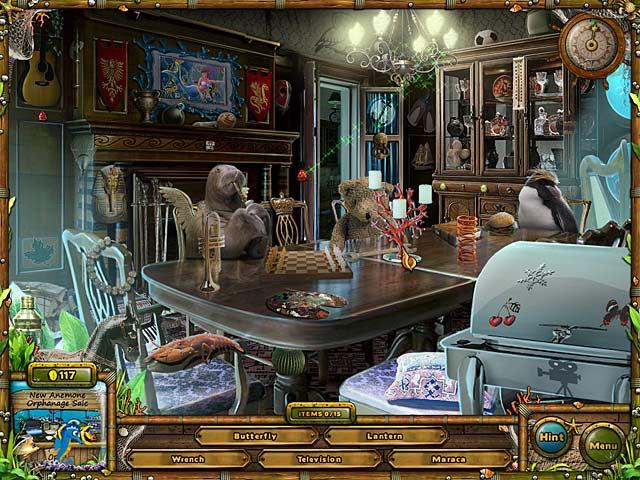 All of the items you find are then sent to the local market, where they’re sold for varying amounts of coins based on their rarity, or how long it took you to find them (of course, the quicker you can find items, the bigger the bonus). Gather enough coins, and you’ll eventually be able to tackle the orphanage’s many upgrades: new paint, replacing broken windows or staircases, adding playground equipment, landscaping, and many, many more.

After every few scenes, you’re approached either by a citizen of Coral Bay or an Orphan that has a game or task for you to complete. In this is where the game really shines, as there isn’t an abundance of one puzzle type over another. Aside from the standard tile-sliding and jigsaw puzzles, there are those resembling the classics like Minesweeper and Picross (among others), and even trivia games that test just how well you’ve been paying attention to the game’s scenes and story.

Adding another layer to the gameplay are quests, which ask you to find specific items across scenes and then sell them for an instant profit, rather than waiting for them to sell over time. You’ll be happy to see these quests appear, even if they don’t add much to the story, as your store seems to sell items incredibly slowly, leaving you wanting for funds more often than not. 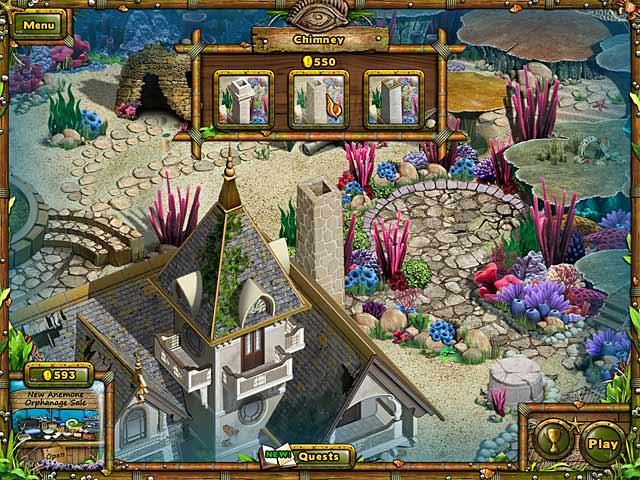 Therein lies the game’s biggest problem; as you play, you’ll unlock the ability to purchase additional upgrades, but only one at a time. Until you’ve sold enough items, you’ll be left playing hidden object scenes that reward you with almost no coins just to pass the time. It’s not that this is a deal-breaker, but it does leave you to deal with two other issues: the fact that most hidden objects don’t change location over subsequent attempts at a scene, and some slight click recognition issues that may see you clicking on the same item two or three times before the game realizes you’ve done so.

For these problems though, Tales of Lagoona is an incredibly charming experience, with characters that have real personalities and senses of humor. In fact, some of the character art looks to come straight out of Finding Nemo, which is as great of a compliment as I could give to an underwater themed game. With trophies to unlock, two gameplay modes to choose from (relaxed or timed) and the ability to customize the look of each upgrade you purchase, there’s tons here to like, with all of it thankfully making up for the game’s issues.