Home / Reviews / Tales from the Borderlands Episode 5 Review: End of the Road 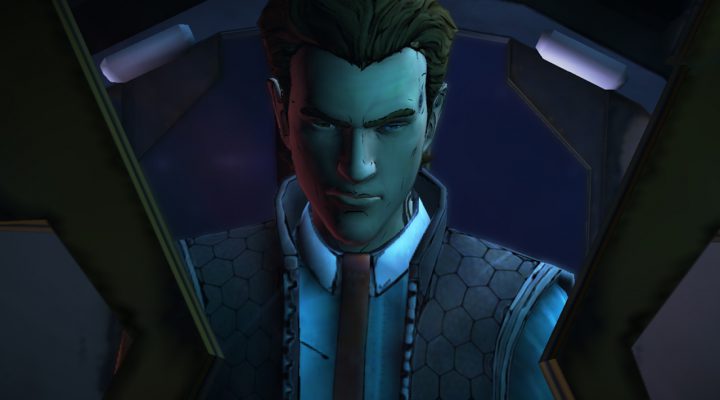 Wraps up the story nicely with definitive reprocussions to your previous actions.

Remains as funny as ever.

Some minor pop-in visuals for some characters.

Tales from the Borderlands has officially concluded with Episode 5, “Vault of the Traveler.”. For me, Tales from the Borderlands has been one of the best surprises of the year. After Game of Thrones’ buggy launch and the disappointment that resulted from that stumble, I went into Tales From the Borderlands’s first episode not expecting much at all. Instead of a lukewarm experience with a franchise I was only a little familiar with, I ended up being sucked into a whirlwind plot featuring characters that not only grew on me, but ones that I’ll certainly miss now that the adventure is over.

The final episode, “Vault of the Traveler” delivers on all the promises that the previous episodes built up, while it also comes out swinging with all the signature Telltale story twists and repercussions to your actions from the previous episodes. That latter point, particularly, was a welcome addition to the series, because in previous episodes it never really felt like my choices mattered very much. Instead of having episode-by-episode repercussions like I experienced in Game of Thrones or The Walking Dead, in Tales from the Borderlands, the tension peaks largely in the finale …which is determined by how you played the rest of the game. 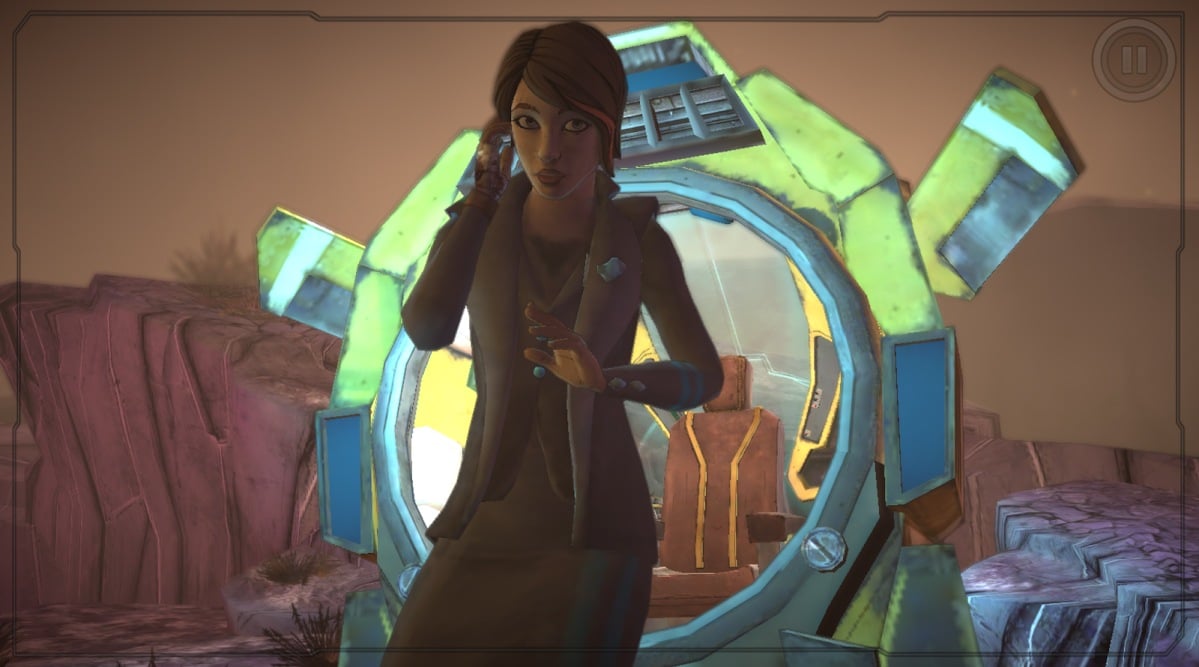 After I finished the game and let it all sink in, I went poking around the internet (particularly Tumblr, where Borderlands has a strong fan base) to see what sorts of endings other players received. The variety of endings was impressive to say the least, —and of course, I strongly urge you to avoid looking until you’ve completed your own playthrough. My investigation showed me numerous paths that my game could have followed, had I chosen to react different ways throughout my experience. Just to give you an idea how different the game can be, without spoiling anything: I had full characters available for me to play as that some players did not, and vice versa.

We’re talking completly different player models, interactions, dialogues, and everything else that would make the character fit right in like they were meant to be there all along.

With that said though, the game (which I was running on my iPad Mini 2) did struggle a few times with loading in the character variables that my storyline dealt with. There were a few scenes in particular where the game would chug a bit as it loaded in Character X for their snippet of dialogue, and I noticed the game quickly loading in the player model where the other non-variable characters loaded in instantly.

That one rather small technical flaw is really the only negative aspect of “Vault of the Traveler” I encountered. The finale holds the series’ humor as strongly as ever, and good god, Loader Bot and Gortys might be two of the cutest video game characters ever created. I will seriously miss them and the rest of that motley crew which I’ve come to love.