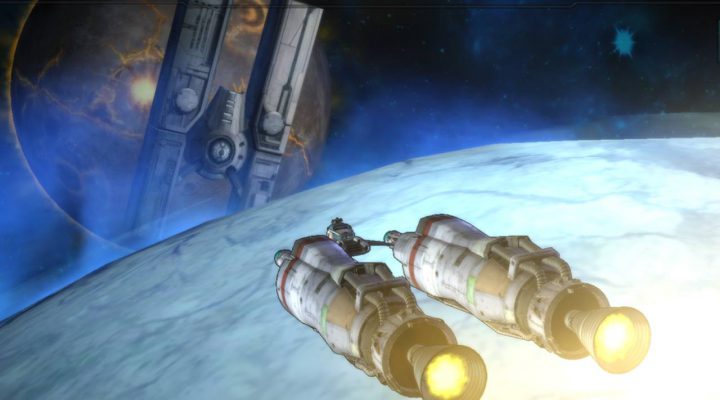 Narrative slow-downs in the later portion of the game really unnecessary.

Now that Telltale Games is steadily releasing Tales from the Borderlands episodes, it has become much, much easier to remember where the story left off.

This time around, Rhys and Fiona are on their way to recover Gortys’s beacon, which oh-so-conveniently happens to be in Handsome Jack’s old office on the Hyperion space station. Getting there is no easy task since all of the characters are dirt poor and getting to a space station requires having, you guessed it, a space ship.

Luckily, an option is available and the crew finds themselves on the Hyperion space station for the majority of the episode. 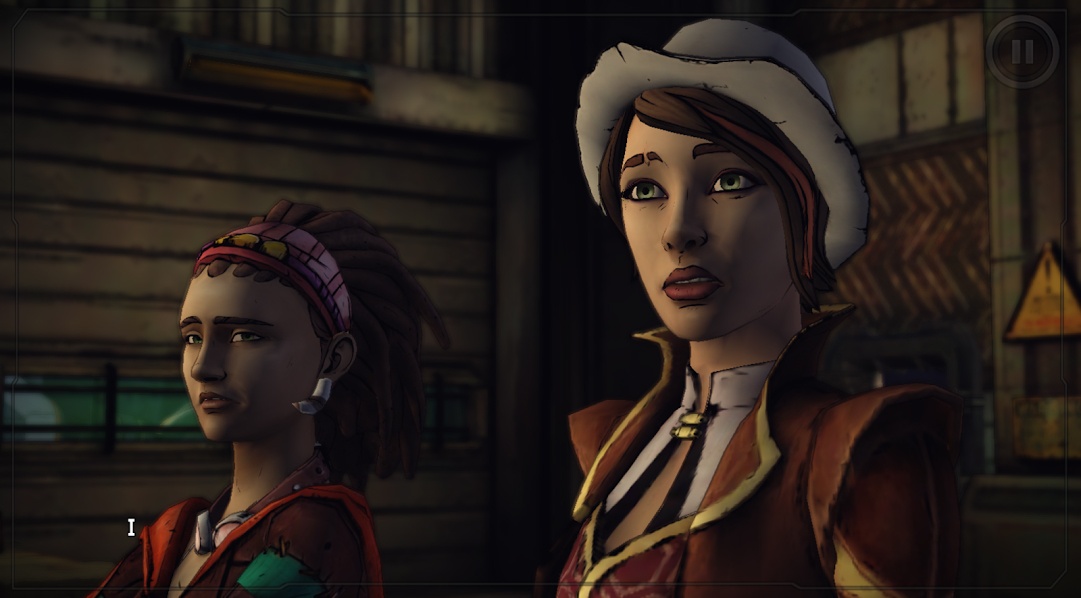 Episode 4 “Escape Plan Bravo” features all of the witty one-liners, immature humor, and awkward silences that fans of the series have come to expect. There is even a Tinder joke thrown in that made me literally laugh out loud. But this time around there is an added element, one which I wasn’t expecting to encounter on my flight to Handsome Jack’s office: emotional sentiment.

Without spoiling anything, of course, the episode takes a surprising turn about halfway through and brings players to unfamiliar, emotional territory. I was surprised to find myself made a bit speechless by a narrative choice that Telltale delivered partway through the experience, but it was treated with the reverence I’d expect for something of that magnitude. It was touching, but still a little bit tongue-in-cheek.

As has always been the case with Tales from the Borderlands, the game ran flawlessly on my iPad Mini 2, without stutter or lag. There was a bit of weird, ghosting (for lack of a better term) that happened with Handsome Jack, though I was never sure if that was the intention (he is a hologram after all) or if it was the game’s engine failing to fully load the character model. These occurrences were seldom, but were marked by a light blue outline, where the full holographic player model should have been. Hardly a distraction, honestly.

I felt like the narrative suffered a bit in the later acts. Once players do get to the Hyperion Space station, there is a lot of downtime. The story goes so quickly from the player not having a space ship to being in space with one, that when things really slow down at the Hyperion station, it’s incredibly noticeable. For example, the first quarter of the game has players figuring out how to get to the station, how to build a space ship, and launching said space ship. The rest of the game takes place almost in real-time.

This isn’t necessarily a bad thing, but Episode 4 literally had me leading a tour group and playing “finger guns” with co-workers. Hardly worth my time, as a player.

Overall though, apart from a few scenes where the narrative was slowed down to seemingly a snail’s pace, Tales from the Borderlands continues to deliver an excellent experience that I urge both fans and non-fans of the Borderlands franchise to take a look at. I’m eagerly looking forward to the series’ finale, next episode.