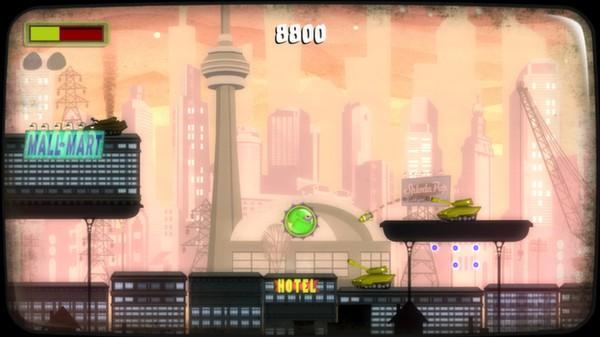 Get mad. Eat everything.

When you sit down to play a platformer, there’s one thing you can almost always be certain of – you’re going to need to fight some monsters.  But what if those monsters have a good reason for what they’re doing?  What if, as humans, we’ve wronged them first?  Tales From Space: Mutant Blobs Attack puts the shoe on the other foot for a change, as you’ll control a moody-looking mutant blob hell-bent on revenge.

A puzzle platformer that puts the emphasis on platforming, Mutant Blobs Attack tells the story of a science experiment that’s escaped from the lab and seems determined to eat everything in sight.  You’ll control the titular blob as he makes his way through level after level of not-so-fine dining (eating everything from dumpsters to tanks), solving plenty of environmental puzzles along the way.

Taking an inspirational cue from Katamari Damacy, the more the blob eats, the bigger he gets.  And the bigger he gets, the bigger his food can be.  To progress in the game, you’ll need to get your blob big enough to eat the corks that are blocking his path in every level.  That, in a nutshell, is Mutant Blobs Attack at its most basic.

But like any good game, Mutant Blobs Attack doesn’t remain at its most basic for very long.  You’ll quickly discover a neat set of magnetic powers that let you attract and repel to certain metals, a seemingly endless array of obstacles and objects to interact with, and even unique set pieces that can be moved around with the mouse.  It’s a game that throws plenty at you, but it does so at a perfect pace.  There might be a lot going on here, but you’re never going to feel overwhelmed.

Well… almost never.  With so many puzzle platformers having such a heavy focus on the puzzling side of things nowadays, we were a little surprised (ok, elated) to discover that Mutant Blobs Attack demanded some real platforming skills from us.  We’re not talking a Super Meat Boy level of difficulty or anything, but there are definitely some fast-paced moments strewn throughout that require quick reflexes and a bit of patience.

And that platforming comes in a variety of forms, too.  Sure, most of the time you’ll be running and jumping like every other platform hero you’ve come to know, but other times you’ll swallow a rocket and need to complete sections by controlling its direction and thrust.  Other times still you may find yourself in a mini-game that has you rolling your blob around like you might a marble in a wooden labyrinth.  This is a fact that’s not lost on the developers, who make the first of these levels an homage to the wooden labyrinth games you no doubt had in your home as a child.

It’s a similar sense of homage and tribute that becomes an underlying theme in Mutant Blobs Attack.  Cityscapes are littered with billboards that parody games like Sword & Sworcery and Monaco.  Occasional moments offer experiences that mimic the core gameplay of games like Osmos and Angry Birds.  If you’re deeply entrenched in the gaming scene, this is a game full of moments that can’t help but make you smile.

And speaking of reasons to smile, the game has more personality than it has any right to.  Some of the art makes Mutant Blobs Attack feel like a long-lost cousin to World of Goo, but it’s not like they’re similar; it’s just that they convey the same feeling.  It’s a very vibrant, child-like world, like some long-forgotten cartoon. That feeling is paired with a nostalgic 1950’s sense of futurism.  It all comes together to create something that’s instantly familiar, and yet unlike anything else. 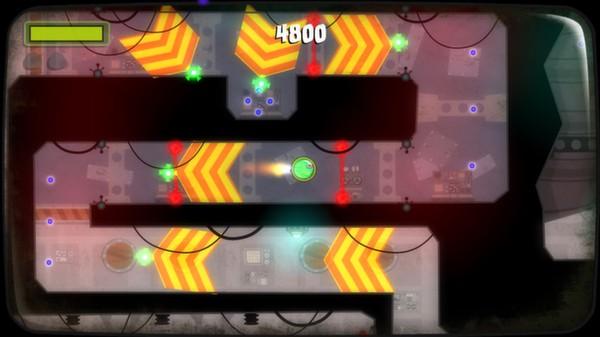 Because of the heavy emphasis on platforming, we found that the game controlled much better with an actual gamepad than with the keyboard.  Both work, but if you have the option, the gamepad is the clear winner here.  Unfortunately, this brings us to our only real problem with the game: if you’re using the gamepad, having to switch between that and the mouse (when moving objects in some puzzles) can get a little annoying at times.

Despite our one niggling complaint, Tales From Space: Mutant Blobs Attack is easily one of the best puzzle platformers we’ve seen lately.  And in a year with games like Thomas Was Alone, Gateways, and Out There Somewhere, that’s saying a lot.  With a perfect mix of charm and challenge, Mutant Blobs Attack is an absolute must-buy for fans of the genre.