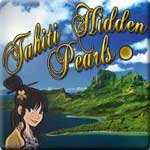 Here’s what I know for certain about your mission in the hidden object game Tahiti Hidden Pearls: There are pearls, and they are hidden. There’s also someone named Papeeth who may or may not also be hidden. She’s either a ghost or a princess. Perhaps both. Deriving any other insight about the game’s plot from the incoherent ramblings of the characters requires a mastery of the arcane that I simply do not possess.

At first, Hidden Pearls‘ broken English is kind of amusing. Sentences like "some people believe to see figure shapes in the gathering stars" elicit a chuckle or two, and mistakes like "trophee," "beatle" (as in a bug, not John Lennon), and "binocular" are almost endearing.

After just a few levels, though, you get tired of doing the mental gymnastics required to translate the game’s dialog into something approaching sense and begin to dread the appearance of the game’s poorly-drawn characters. Just click through their chat bubbles as quickly as you can unless you have a particular fondness for dialog that sounds as if it was written by throwing random phrases into Google Translator.

Not that the actual game parts of Hidden Pearls are that much better than its story. The images are assembled so sloppily that I was frequently able to clear half a list simply by looking for the objects that stood out the most in the picture. Perhaps in an attempt to compensate for the lack of subtlety, other objects are hidden in such unfair ways that they’re nearly impossible to find. If they’re not off the screen entirely, they’re buried so far beneath other objects that only the tiniest indistinguishable sliver is showing. And every once in a while, the game just plain cheats; on one level, I had to use a hint to find a baseball that was hidden inside one of the drawers of an apothecary chest, completely obscured from view.

The lousy graphics extend to the between-level mini-games, too. The spot-the-difference segments are usually so dark and grainy that it’s difficult to tell what you’re looking at, let alone how it differs from the photo next to it. I suspect this was done on purpose to help disguise the fact that the game’s artists are still learning their trade. All I had to do to track down the differences between two beach pictures was look for smudges where the photo had been inexpertly airbrushed with Photoshop.

Sadly, the game’s glitches aren’t confined to the graphics. Four pearls are hidden in each location; finding all four earns you an extra hint. They’re usually not that hard to spot, so you should be able to build up a healthy supply of hints, but don’t get too attached to them – they’ll vanish when you turn off the game. No matter how many you have when save your game, you’re back to the default number when you start again. Fortunately, a simple solution is at hand: Don’t stop playing! Given that you can complete Hidden Pearls in about three hours (less if you’re particularly speedy or your eyeglass prescription is up to date), there’s really no need to stop and start again.

Not everything about Hidden Pearls is a waste, though. The music is particularly good, and can almost persuade you into thinking that actually are visiting a resort in Tahiti. It falters a bit when it switches to the jazzy ambience of a club, but is still easily the best part of the whole Hidden Pearls experience.

With the wealth of challenging and well-done hidden object games available, there’s simply no reason to waste your time and money on something as shoddily assembled as Tahiti Hidden Pearls. If you’re morbidly curious, go ahead and download the demo. The hour of playtime you’ll get is practically enough to finish the game, and certainly more than enough to expose you to what the game has to offer. If you’re not feeling quite that masochistic today, then move on with a clear conscience.

If you liked this game, try Mr. Biscuits: The Case of the Ocean Pearl, The Treasures of Mystery Island, and The Mystery of the Crystal Portal.