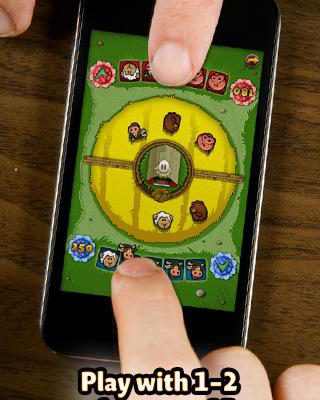 Table Twister managed to twist little more than our patience.

The idea of taking a board game with you but without all the bits and pieces is definitely appealing for families. Table Twister makes its best attempt to give you this, but only at the level of Hungry Hungry Hippos. The games are fun, if not short-lived and repetitive. But whether you’re actually able to play them depends entirely on the device you’re using.

Table Twister presents three similar games in one app. Each one requires you to drag tiles to make matches or patterns which earn you points. The games are timed, lasting 75 seconds (this can be altered in the options screen). The title comes from the recurring theme of a circular area where the random elements are released. The three games are quite fun in their own right, yet extremely simple.

The first game is a simple matching game. You have five spaces in which to drag pictures of farm animals. Once you have at least three of the same, you can tap the arrow icon beside your tiles to submit them for a score. Having four or five earns you more points. 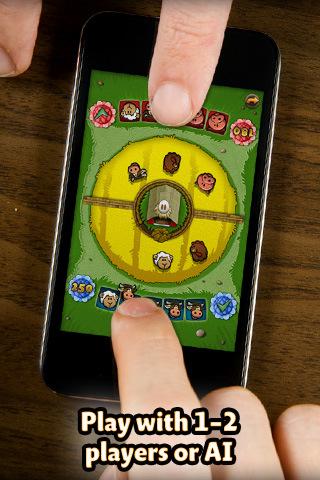 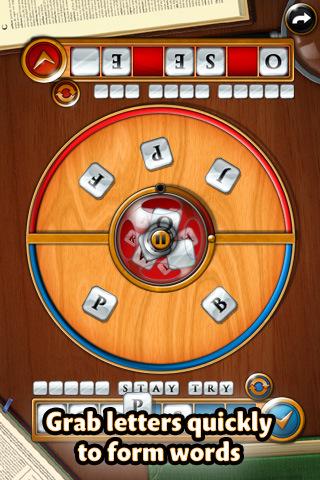 The second game is a bit more complex, in that playing cards are distributed, and points are based on collecting poker hands. The third game is a word game, where letters are scattered and you must create a three-, four- and five-letter word to win. The number of words in the game’s dictionary isn’t known, but no real words we submitted were rejected.

The unique draw of Table Twister is the ability to play with multiple people on a single device (four on the iPad, two on the iPhone). Each game needs to have at least two players, but if you’re feeling lonely you can select the computer to play against you.

The gameplay really has the basic functionality of the aforementioned Hungry Hungry Hippos in that you’re dragging things as quickly as possible towards you, albeit with a touch more strategy – but only just a touch. This is a decent game for kids to play (adults will also enjoy the poker and word games, but they’re easy for kids to understand), and there’s nothing wrong with that.

Style-wise, Table Twister is nothing particularly special. The graphics and sound are fairly bland but functional. On a special note, the sound effects in the animal matching game are quite funny. Also, you can set up your own music and playlists in game – a very nice touch. 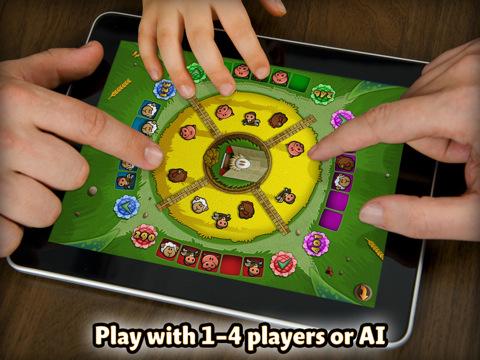 One confusing feature is the ability for the first player to cheat. Beside the first player’s tile holding row is the word “Cheat.” Tap it, and the game stops, offering them the ability to select a tile to be added, granting additional time or simply pad their own score. Why this is there for that one player is confusing. As long as all players are honest, things should be fine.

However Table Twister‘s success will depends entirely on which iDevice you’re using. If you’re using an iPad, you’re in luck. The large surface allows four people to crowd around and enjoy (just be sure you’ve chewed some gum first). If you choose to use an iPhone… well, just don’t. Everything is scaled down to fit the diminutive screen. The words are almost illegible, the tiles barely decipherable, and the touch detection spotty at best. Even though the game allows two players to play simultaneously, there’s the physical aspect of actually doing this. I was playing this with my wife, which was fortunate since we were touching our foreheads together and smacking into each other as we scrambled to touch the tiles we needed. It’s just terrible.

If you’ve got and iPad and need something to keep them occupied in the back of the car, you can probably give Table Twister a go. If your life doesn’t contain those specific circumstances, don’t waste your time.