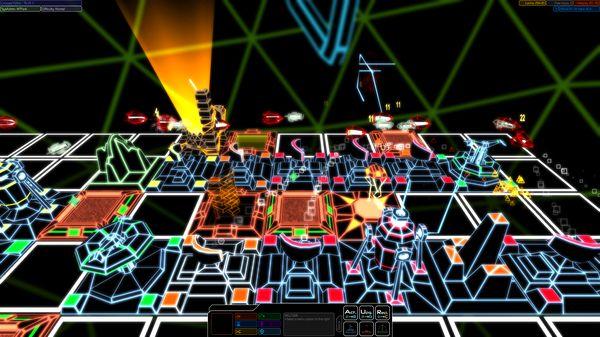 Fight computer viruses using a variety of computer programs in this strategy game.

Funky, techy and with graphics smacking of “Tron,” System Protocol One is a futuristic tower defense game that puts you in charge as a system administrator who must fight off viruses in a large computer network.

The objective is simple enough: Prevent as many viruses as possible from reaching the Data Core that connects to your company’s clients. (The in-game tutorial tells us the viruses are mostly accounting’s fault; they’ll “click on anything,” especially if they want to “discover who has a crush on them,” or if they fall prey to other Trojan-carrying Internet memes.) Gameplay consists of overseeing a large grid, intercepting and destroying viruses as they enter the grid and attempt to exit via the Data Core. If too many viruses enter the Core, it’s game over.

The viruses — of which there are eight types, each presenting a unique ability and thus, challenge for you — plow across the grid in a steady stream like a bunch of highway motorists. They’re released in waves, and in between each wave, you’ll have time to erect more programs on the grid (which fight the viruses) or upgrade the programs to become more powerful. You’ll need cache to do this, which is as useful as it is punny. Dispatching viruses rakes in the cache. Finally, each program you deploy will take up a square on the grid, and each has a unique function. Some may simply fire lasers at viruses one at a time, or others may damage viruses as they pass through them.

The concept of the game is pretty basic, but the details take it to another level. Everything is super slick and fairly user friendly, with the heads-up display and dashboard make it easy to keep track of everything you need to keep track of. With the many programs you can sic on your enemies (and with the programs’ abilities and varying stats, like attack power and attack range), gameplay is complex, but just complex enough. Nothing feels incredibly overwhelming or high-flown. 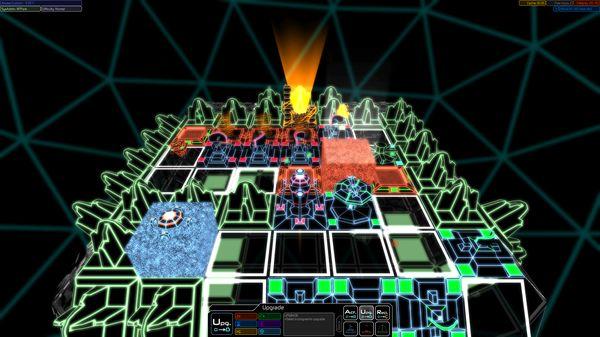 Still, some players might feel a bit daunted as they navigate the tutorial. While it’s very helpful, it’s also pretty information-heavy, and can take a good 20 minutes. Don’t be intimidated, though—the game is well within anyone’s reach. You might start zoning out though, as there are many waves of viruses per level, and sometimes, the viruses appear kind of slowly. (The old-school, 8-bit-sounding, ambient music is pretty meditative in itself, so don’t be surprised if your eyes start glazing over.) You can fix the sluggish pace by speeding up the waves and decreasing the gap time between each wave, but then things might be going a bit too fast. It could prove too much for your precious, laser-flinging programs.

All in all, System Protocol One is a well-put-together release that artfully balances the accessibility of casual games with involved strategy. If cleansing computer systems of viruses was this cool, fun or reminiscent of an ’80s sci-fi movie, applications for IT jobs would be up the wazoo.