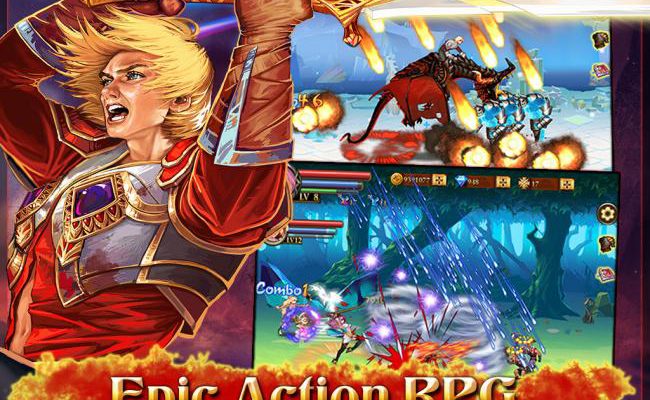 It’s what I never knew I always wanted.

I’ve developed a kind of love/hate relationship with iOS action RPGs over the years. They’re typically fun but have some incredibly dull stories. Or they look absolutely gorgeous but control poorly. It’s always something. Sword of Inferno is no different in that “stuff” holds it back from perfection just like all the others, but the core game is far too fantastic for me to really care about that.

So Inferno is trying to envelop the world, plunge everything into darkness and chaos, blah, blah, blah. A group of heroes tries to stop them, things go south, and suddenly the blonde guy with the giant sword wakes up a month later with no recollection of the past four weeks. At least it’s not amnesia. Again. Seriously RPG story writers, stop with the amnesia. Anyway it’s the player’s job to retrain Mathew (force blader), Freya (mage), Ash (archer), and Locker (berserker) into the fearsome do-gooders they once were, which of course means slaying tons of monsters.

Each of the four has their own set of armor, skills, and unique weapons that must be upgraded in order to make them more formidable in the tougher stages. Pouring every gem and gold piece into one character to turn them into an absolute powerhouse might seem tempting but I’d advise against it. Each of the four characters has their own stamina meter that depletes a little bit with every level they run through, either as the main or the secondary AI-controlled partner. It refills over time but if only one character is tough enough to tackle the next story mission that means either waiting a few hours for them to rest up or spending a few precious gems to get them back in the fight early.

I imagine that all of this sounds fairly typical so far and doesn’t really convey my reasons for thinking so highly of Sword of Inferno. Well the basic explanation is that I’m in love with the gameplay design. Here’s the thing; moving a character is a simple matter of dragging a thumb anywhere on the screen to call up a virtual stick and guide them. Again, fairly typical. Designated buttons can be tapped to activate special character-specific skills. Also typical. However the actual combat (i.e. direct strikes, firing arrows, etc) is all automatic. This means players have only to move Mathew or his pals into the right spot and they take care of the rest on their own. No needless screen tapping to attack and no worrying about missing due to being off target. It sounds like a simple concept but it really frees up the player’s focus so that they can pay more attention to making the best possible use of their skills and avoiding enemy attacks. 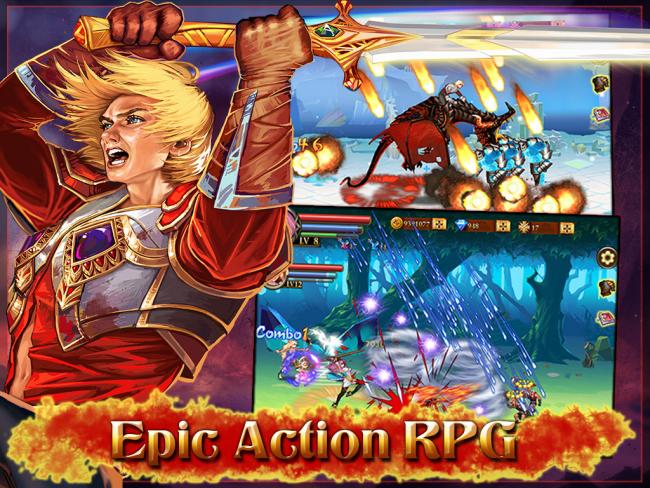 I’m also rather fond of how there’s no real loot system. Instead players can spend their gold at any time to upgrade any character’s equipment (+1, +2, etc) as well as progress into the next equipment tier (rare, legendary, etc). Everything is progressive and there’s no fretting over individual item stats. It just gets better when money is thrown at it. In place of actual loot are more typical drops like gold and potions, as well as scrolls needed to unlock access to new weapon and equipment tiers. Access can also be purchased with gems, but gems are better spent on upgrading skills as they’re rather tough to come by.

As much as I applaud Sword of Inferno for doing things a little differently, a few of those things need a little refinement. Having to sit and wait for a preferred character to rest up somewhat kills the game’s momentum, to say the least. Sure it’s always possible to take the more fresh-faced heroes back into earlier levels in order to gather more gold but that can take a while, too. It’s also a shame that, despite featuring some rather impressive visuals and character designs, the animation is terrible. I’m talking frames in the single digits. 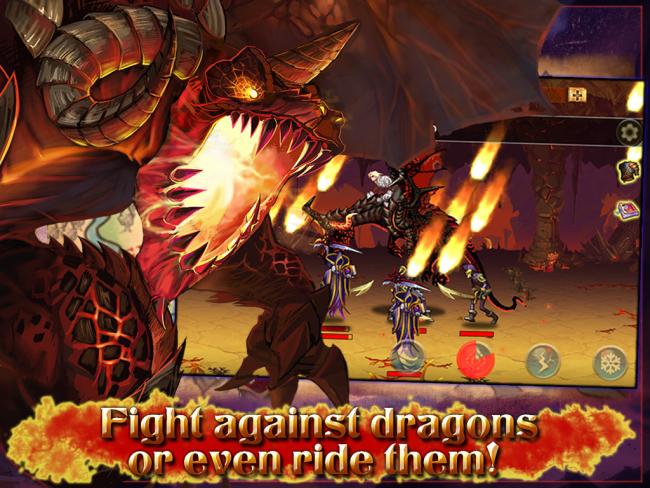 Sword of Inferno won’t win any awards for its story. It looks great in stills but not so great in motion. However, despite a somewhat irksome stamina system and a severe need to hand out gems a bit more often it can be incredibly fun. It’s also absolutely perfect for iOS devices from a gameplay mechanics standpoint. Seriously, I’m really impressed with the way it simply works.