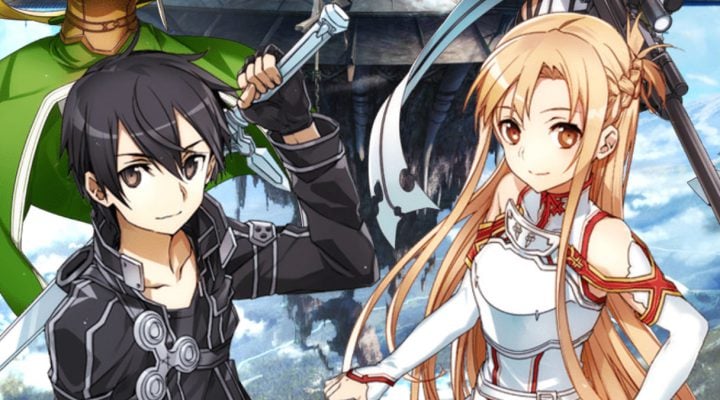 Does the manga and anime series justice with a sweeping story and excellent visuals.

Combat is action-oriented and has some strategic elements.

Plenty of regular and limited time content to explore.

Controls have a few quirks that can be frustrating.

If Sword Art Online is a show about a game — and it is — then Sword Art Online: Memory Defrag is a game about the game inside the show. If that sounds like too many layers for you, the good news is that this action RPG from Bandai Namco, like many of the company’s previous anime-based titles, can easily be enjoyed without knowing any of the underlying story going into it.

That’s a good thing because there is plenty of that story to go around. In a nutshell, the Sword Art Online saga involved an MMO played via an immersive VR headset that ends up trapping thousands of players inside when its creator decides it should have real life or death stakes. Even after the heroes defeat the first game (spoilers, one supposes), subsequent volumes of the manga series and anime involve more games and an ever-increasing web of real world ties and complications. 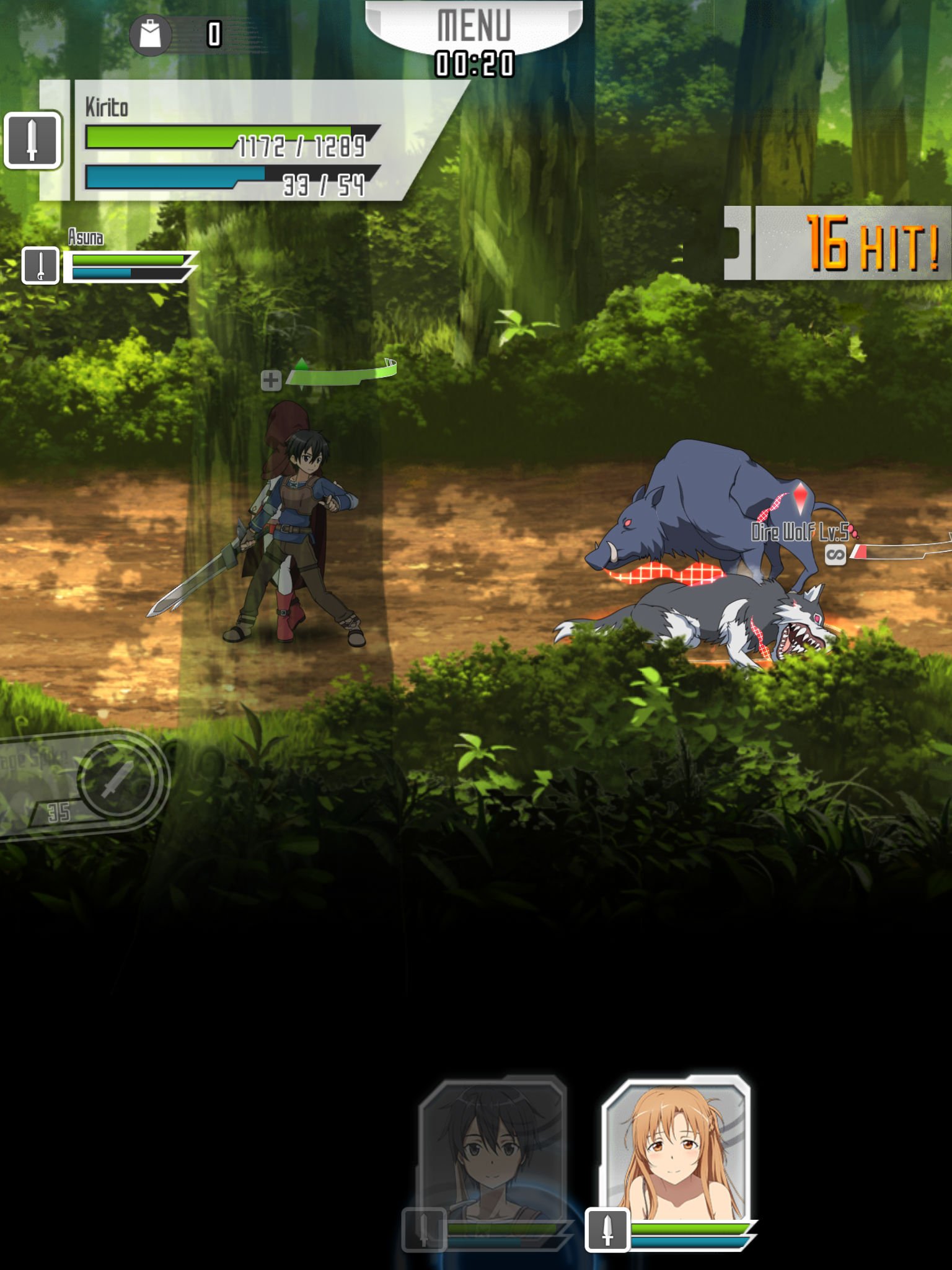 Sword Art Online: Memory Defrag starts at the very beginning, thrusting you into SAO alongside Kirito, Asuna and the rest of the gang. Each gorgeously animated chapter of the story quest involves multiple battles interspersed with some sections that are purely narrative. While it’s not recommended, you can even skip those if you want to get right to the action.

And ‘action’ is indeed the right word here, because Memory Defrag follows a growing trend of Bandai Namco’s anime games becoming much more of a test of your reflexes. In this case, a system of swipes and taps allows you to carry out basic attacks and movements, with a nice parry and counter mechanic as well. Dedicated buttons activate special moves that are impressive to behold, and there’s a tag-in feature to swap characters on the fly from a party of three. Elemental affinities and weapon strengths play a part in your decisions on which characters to use against particular enemies.

The lone drawback is that the game’s combat is a bit too ambitious for the limitations of its controls. Simply moving your hero where you want them can be difficult at times, and you can only sidestep enemy attacks in one direction (down, since this is a side-scroller). Your intuition will be to try to swipe up at other times, but that makes the character jump, and the whole experience is simply not as precise as one would like. That goes double for characters wielding ranged weapons, as welcome as their inclusion might be.

If you can accept those small warts, there’s plenty of content to dive into. Along with the expansive main quest line, the developers have kept up a steady supply of side quests that allow you to pursue specific characters or weapons. Those appear only for a limited time, creating a sense of urgency. A light co-op mode enables team-ups with other players in advance of a more extensive multiplayer feature that is planned for down the road, and there’s even a very basic town section where you can interact with fellow gamers — pretty appropriate considering the source material. 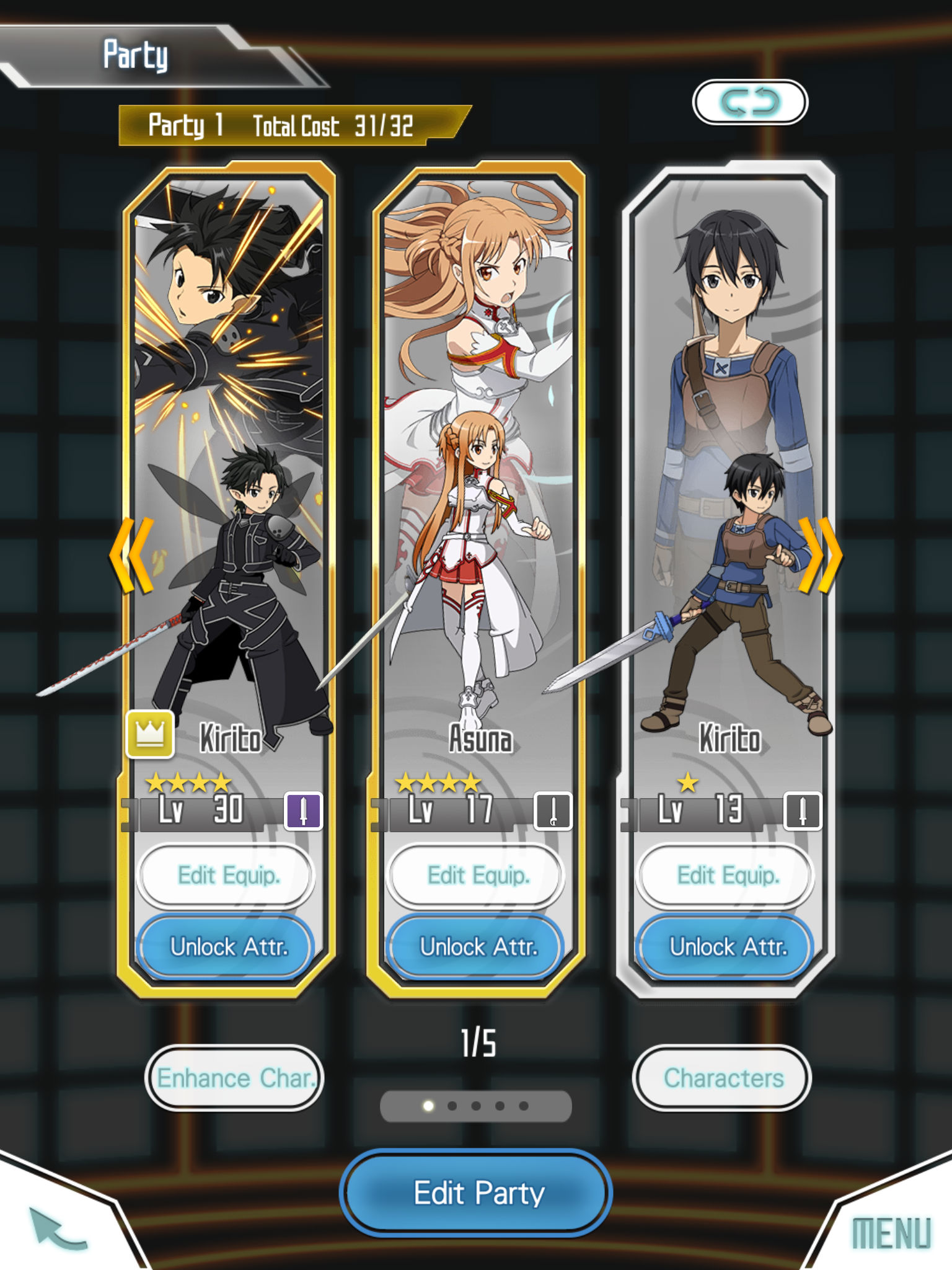 Characters can be made more powerful through the time-honored method of fusing them with unwanted extras, and a skill tree provides a certain degree of customization as they advance. All told, it’s the kind of package that can easily keep you coming back for more if you venture down this particular mobile rabbit hole. Give the scope of SAO in general, it only make sense for Sword Art Online: Memory Defrag to be a sprawling, almost intimidating affair, but happily, it’s fun enough to be enjoyable even if the story makes your head hurt a little.