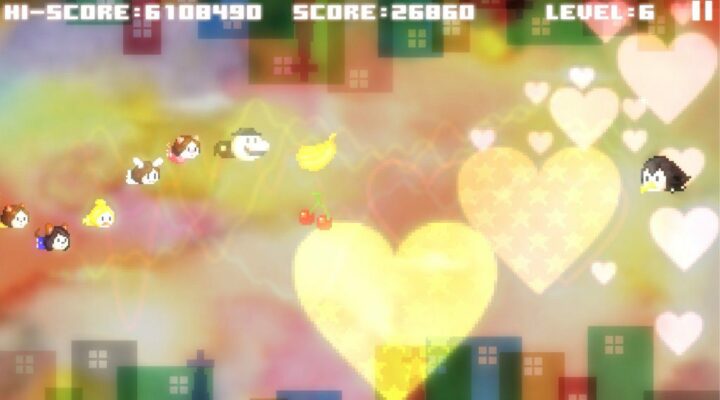 So here are some shorter reviews of games released or updated on the Switch over the last few months – that we might not have got round to covering otherwise.

Teacup sees you playing as a frog who has run out of tea, and it’s up to you to help them restock the supply in time for their big party.

Yes, that’s all there is to this – and it’s quite wonderful. Effectively a point and click adventure, you wander around a fairly small world solving other animal’s problems in order to complete your ultimate tea stocking up goal.

There are easy-going mini-games to play, interesting locales to explore, and a range of characters to meet – nearly all of which are pleasant types indeed.

Teacup is ultimately just a nice experience. From it’s beautiful pastel visuals to soothing score it’s a title that’s worth a couple of hours of anyone’s time.

Another supremely laid back title, A Little Golf Journey is a well-crafted ode to why golf is taken up by so many.

It’s basically nothing more than a long chain of short challenge levels – where you’re asked to complete the hole within a set number of strokes – but it’s done in a simple yet hugely effective manner.

There are various secrets to find across the stages for example, and the difficulty never ramps up enough to make progression feel impossible.

With tight controls, clear visuals, and a comforting soundtrack A Little Golf Journey is a title that just wants you to unwind.

The name is spot on. Aloof is a strangely detached tile based puzzler which is quite unlike anything we’ve ever played in the genre. Which is not entirely a good thing, all told.

A battle-focused title, you take on a range of enemies placed in the top right side of the screen. To defeat them you have to create combos and certain shapes from coloured blocks that arrive in your well.

Your opponents have shields that you have to disable via combos, and you’ll often only have brief openings to attack.

There’s a range of different tactics you can employ – blocks can be placed anywhere in your well, not just on top of each other for example – and the visuals are clear and generally appealing, although the music is perhaps a tad too somber.

Ultimately Aloof lacks that killer ingredient that truly compulsive puzzlers possess – but it’s an interesting experiment and has a good array of content and modes.

A strange name for a strange game, Sheepo is a metroidvania which nails the fundamentals but struggles to really leave a lasting impression.

A 2D platformer, you play as a creature thrown onto a planet looking for other lifeforms to document. Once you find a new one you can use its skills – so a bird you capture early on allows you to fly for a short period of time.

The more you collect the further you can explore into the world, and it’s put together in a way where progression never feels confusing. Movement is also satisfying, with double and wall jumps the order of the day.

A brilliantly presented title with incredibly simple mechanics, Mon Amour isn’t quite as clever as it thinks it is.

You play as a well dressed gentlemen with a moustache who has to get from the left to the right side of the screen and kiss various people.

Your forward movement is already handled, so all you have to do is tap the A button to make sure you don’t plummet to the bottom of the screen, hit the top of it, or collide with the various obstacles you’ll encounter.

So that’s all there is to Mon Amour – the controls are tight, and the developer gets a surprising amount of mileage out of the limited concept – but it doesn’t quite do enough to fully justify the asking price considering the realms of on-par rivals in the free to play mobile space.

We really wanted to like isometric shooter OS Omega – it has some interesting ideas, potentially appealing aesthetics – but it just falls short on every level.

From the blurry visuals to confusing mechanics – some weapons simply won’t hit enemies – it’s just a pain to play.

There’s never enough feedback to make it clear what’s happening in shoot outs, and the load times are painfully long considering how simple the whole affair is. Sadly OS Omega is a title that needed a lot longer in development to be playable.

Another title from the genius behind Dumpster Bear 2, JankBrain is a 2D run and gun platformer that wallows in its low quality visuals to such an extent it’s almost endearing.

Centered around the villain from the Dumpster Bear saga, you go around very basic looking stages blasting enemies and avoiding obstacles.

Sadly JankBrain isn’t as satisfying to control as Dumpster Bear, and the levels tend to get a little too repetitive after a while.

Despite this JankBrain has some occasionally clever design choices, a great sense of humour, and a low price tag – meaning this isn’t the worst choice if you’re looking for a new platformer to play on a budget.