By Simon Reed | 1 month ago 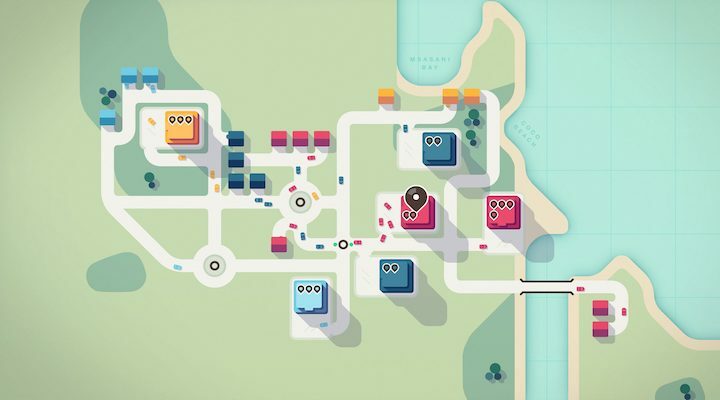 Mighty Goose is a game that’s definitely not as funny as you’d hope, but is also a more robust shooter than you’d have any reason to expect.

Heavily inspired by Metal Slug – and by that we mean it’s almost identical at times – you play as a gun toting goose who runs, guns, and honks his way through a range of enemies.

You traverse environments by webbed foot, tank, and various other vehicles – with the occasional ally helping you out along the way.

It’s all solidly assembled, but it just feels a little too generic despite its wacky main character. Certainly one for the more hardcore run and gun fans out there. Look under the word ‘anodyne’ in the dictionary and you might well find this game. Okay, you probably won’t – but this is still a very rote 3D platformer by anyone’s standards.

A reboot of a franchise fondly remembered by very few, this is an adventure that feels like it’s going through the motions for much of its fairly short (for the price) runtime.

There are some enjoyable elements – the combat isn’t as mind-numbing as in similar titles, and there’s clearly been some effort made to make the presentation bouncy and light – but it never pops or gets your blood pumping. And for the high price tag that feels unforgivable.

Even the excuse that this is made for younger players doesn’t hold much water, as your child will get a hundred times more out of your average Mario game than this.

Add in some strange bugs and you have a 3D platformer that’s not worth it for even for more forgiving fans of the genre. A simple yet highly effective puzzler, Mini Motorways is wonderfully presented and easy to grasp – yet we had the nagging feeling while playing that it’s just not well suited to the Switch.

The next title after Mini Metro from developer Dinosaur Polo Club, this is a constantly escalating management experience where you have to build roads between houses and institutions.

Where it gets tricky is that certain colour cars need to be led towards their matching building, and the more vehicles and houses you have to build only make this more and more difficult.

The presentation is superb, with minimalist visuals and clear colours always making it very clear what’s going on and what you need to do.

There’s loads of content here too, with a variety of locations to play through. What is an issue are the controls – as although playing with a controller isn’t terrible, it certainly lacks the tactility and immediacy of experiencing the game on touchscreen platforms.

So Mini Motorways is a well put together puzzler, and reasonably well priced – but we’d recommend playing it on another platform if you have the option. A hidden gem that may have been missed by many, Dungeons of Dreadlock started off life as a mobile app but feels much more at home on the Switch – despite its bite-sized level structure.

Focused around progressing through dungeons – as the name might suggest – you have to complete one-screen stages. Movement is on a grid and enemies move once you move.

Despite this it never feels as restrictive as a turn-based strategy title, but also feels more thoughtful than your standard dungeon hack and slasher.

The presentation also elevates the experience, with a lightness of touch that’s often sorely lacking in games of this ilk.

What really makes this a winner is the occasional unexpected event or brilliantly executed idea. A troll chasing you through one level is amusing, but then it takes you by surprise by following you into the next.

Dungeons of Dreadlock was clearly a labor of love by its developer, and despite some issues with controller support it’s an experience that’s worth checking out for anyone who’s a fan of the many genres it inhabits. Another Recharged title, but this one strikes out and tries its own thing a lot more than previous entries. For one it revolves around an open world of sorts. Kind of.

You visit various planets across 24 missions, with each one largely revolving around you blasting foes and avoiding various space debris.

The real challenge here are the controls though, which revolve around working around the gravity of the planets and the other obstacles you have to avoid.

They’re very difficult to get a hang of, and most players may be put off – which is a shame, as this is a well presented and put together shooter that has a lot more content than the other Recharged titles.

It’s not an essential purchase, but for those who like their shooters on the challenging side Gravitar: Recharged is worth checking out. Another title from the Neo Geo Piocket gets a port to the Switch, and this one is definitely the most obscure so far.

A game definitely inspired by the Pokémon boom of the nineties, this is an RPG where you build up your own robot (the titular Unitron) to take part in battles against various foes.

There are arena tournaments you can fight in, and a few procedurally-generated dungeons – it’s pretty open ended in terms of what you do and when compared to Nintendo’s monster collectathon.

Sadly it also lacks a lot of personality, with the plot paper thin and the battle system is only just deep enough to maintain your interest.

This is a solid port and an interesting title, but certainly not one of the Neo Geo Pocket’s most essential titles.