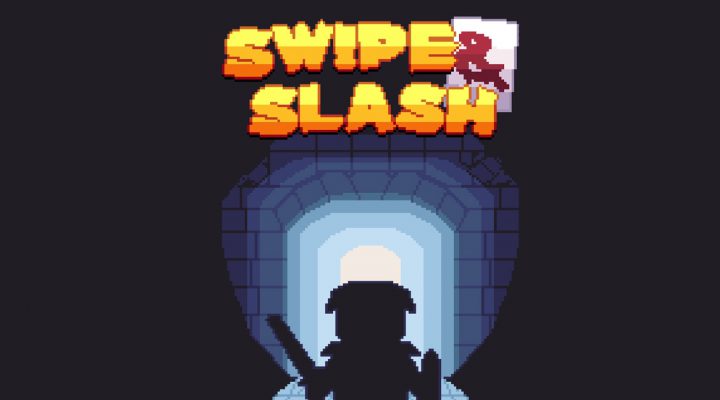 A fun little game to sink an hour or two into.

Expands upon Threes' style of gameplay.

A few months ago I highlighted a handful of the best games produced during the Indie Game Maker Contest. Right in the middle of that list was Poemdexter Game’s Swipe & Slash. Out of the ten games I included on the list, Swipe & Slash was the one I played the most, and also the only one I went back to after I had written the article. 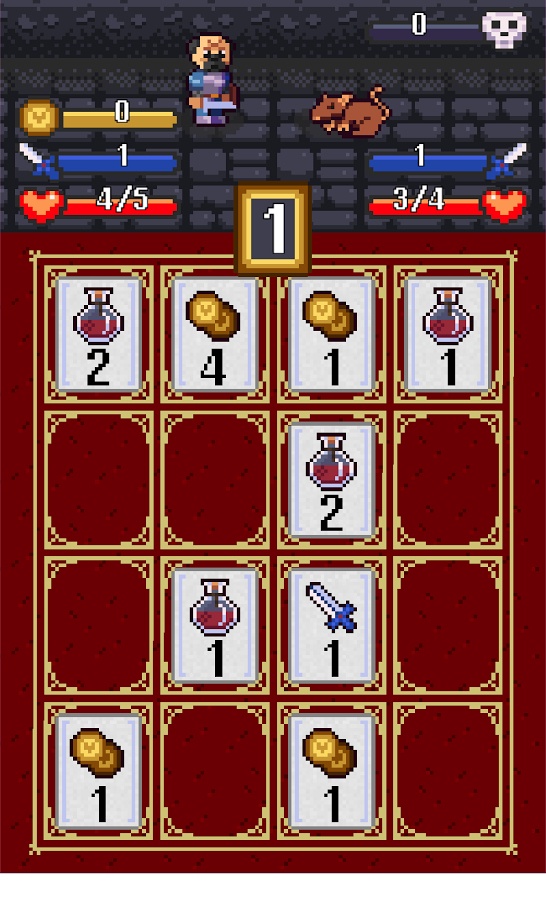 Swipe & Slash is a turn-based RPG that plays a lot like Threes!. By matching the numbers and icons on tiles, players can increase their attack power, regenerate health, or collect extra gold with every turn. During combat players have 3 moves to prepare for the enemy’s next attack. Shifting the tiles counts as a move, as does equipping a tile to be used during the attack phase.

Once an enemy is defeated they explode into gold coins and players are given an extra move to prepare for the next enemy, which is always slightly stronger than the last one.

When players are defeated, they return to the main menu with their freshly collected gold which they can use in the store to buy gear that modifies attack power, gold collection rates, and the potency of healing pots. Thus the cycle begins again: go out, last in battle as long as possible, return to the store to buy better gear, then head out once again. 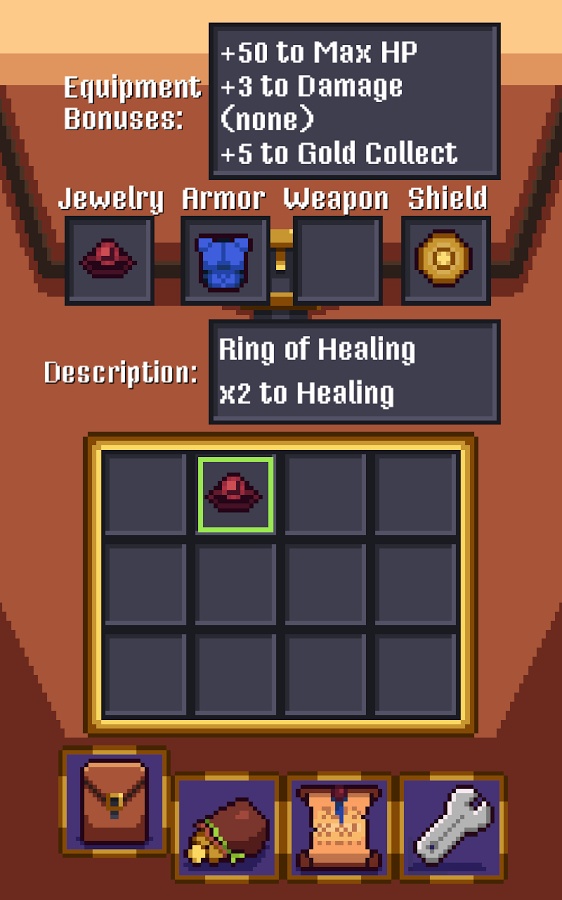 There is not much more to the game than that — the monsters just keep getting harder and the equipment keeps getting more expensive. There is a bit of replay value in that, but the monsters themselves remain the same; their associated numbers are the only thing that changes.

Each time you return to the shop, the four-item inventory shifts around a bit. The options always felt limited, and I usually saw an item or two reused from my last visit. However, I found that if I closed the game, and re-launched it, the store would have different items in inventory. So by simply rebooting the game a few times, I was able to essentially rotate through the entire stock, and pick what I wanted.

For 99 cents, mobile gamers will be hard-pressed to find a better way to spend a few days worth of time on their smartphone or tablet. Swipe & Slash ran smoothly, looked as sharp as a pixelated game can look, and was honestly pretty fun while being a bit challenging at the same time.

It’s not as super-intense as Threes! can be, but it doesn’t try to be either. So if you liked the idea of Threes! but found the game to be too intimidating, give Swipe & Slash a try. It has a pug dressed as a knight in it, afterall.