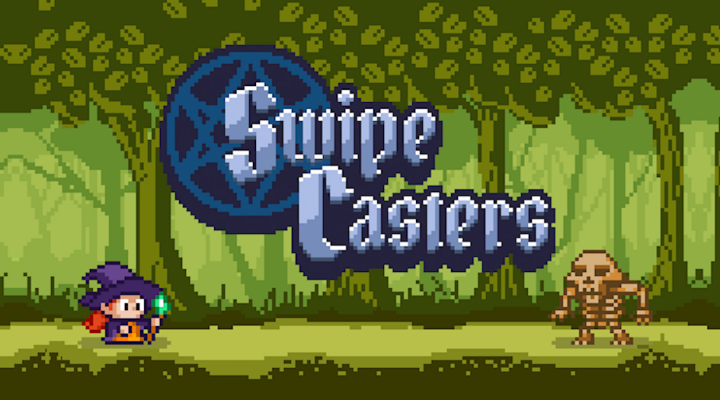 Gets a bit dull

Is magic all just an illusion or is it something real? Almost certainly the illusion thing, but in the case of Swipe Casters, it’s all real and pretty darn vital too. Set in the same universe as Ogre Pixel’s other titles, it has you taking the role of a magician who’s attempting to track down the Magician’s Chalice. What does this mean for you? A heck of a lot of gesture drawing. 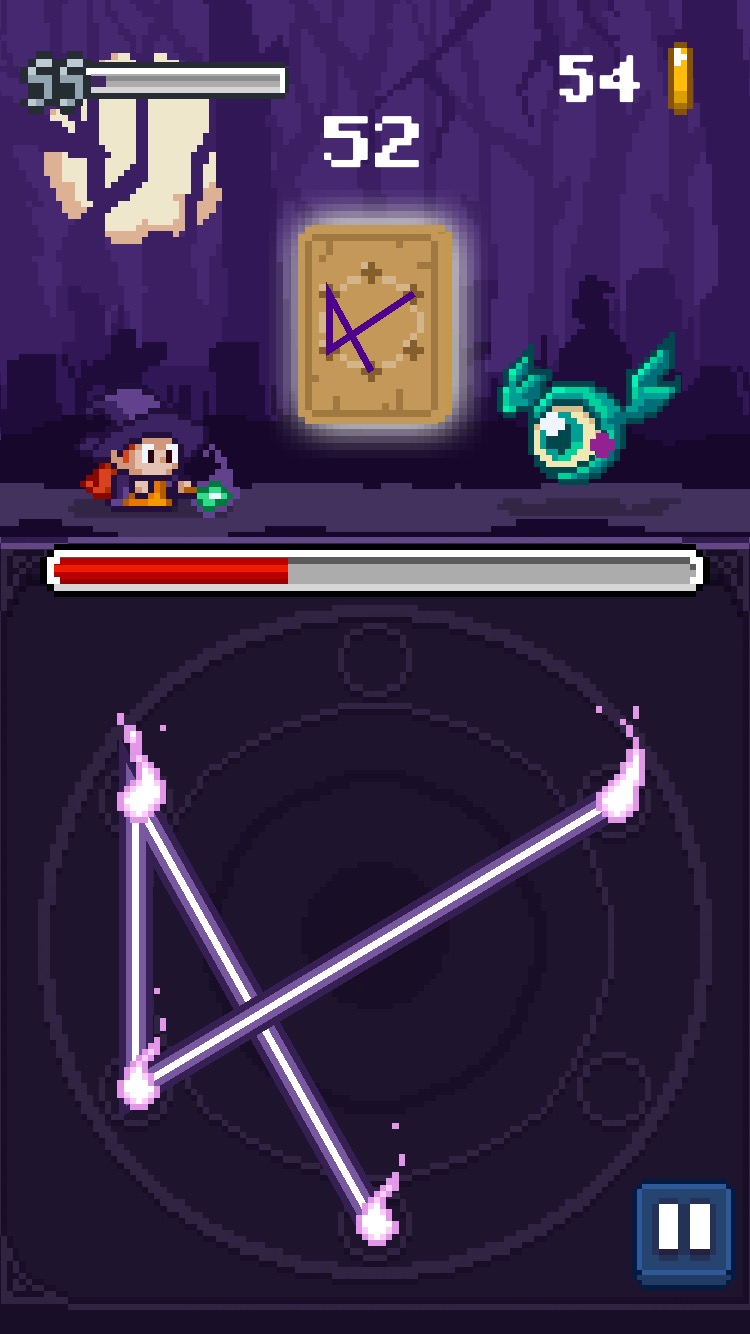 Set out as a series of battles, you have to vanquish the many foes coming your way by casting spells. This is done through drawing patterns on the bottom half of the screen in order to match the icon at the top. Starting out, it’s simple stuff like a few straight forward lines to match up all the dots. Each time you complete a shape, you earn coins with a multiplier ensuring you earn more for combos. It sounds immensely simple because it kind of is. Occasionally, you’ll activate Soul Strike which is even simpler – allowing you to quickly draw a couple of lines to inflict extra damage. Gradually though, things get much trickier with the shapes proving to be far more complex looking.

This would be fine if you had all the time in the world to complete the action, but like that was ever going to happen, right? Instead, there’s a tight time limit keeping you on your toes and ensuring you need to react fairly instinctively and fast! The moment you run out of time, it’s game over unless you choose to pay 50 coins or watch an advert. 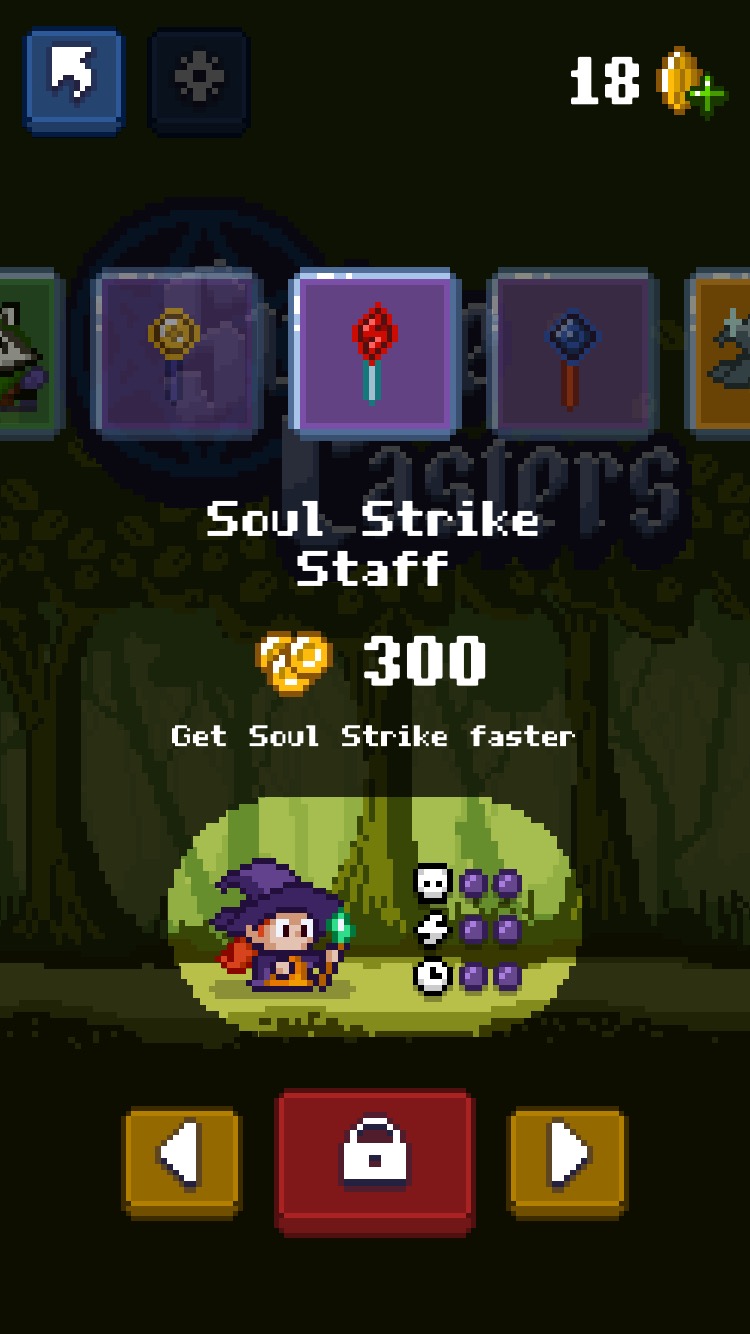 Coins aren’t that easy to come by, so you really don’t want to waste 50 coins any time soon. So you watch a video and take 30 seconds out of your life. This is where things are unusual though. There’s no limit on how many times you watch a video to continue. It’s seemingly never ending if you want it to be, with you always having a way to continue for a time based price. That’s sort of good news, but it means that Swipe Casters instantly loses the peril factor. You always know that if you screw up you can just watch a video and carry on where you left off. It’s a little soulless in its way.

Outside of working your way through the levels, there are some crucial ways in which you can spend your hard earned coins. You can upgrade your casters, unlocking new staffs which add to your coin drop rate, increase your attack power, or enable you to gain Soul Strike faster. You can also buy new difficulty modes, increasing the difficulty or reducing it. Each of these is going to take a while to get to, given most upgrades cost a few hundred coins to buy, but it’s nice having something to aim for.

There’s still that looming issue with the lack of peril and the never ending ads, though, and it does slowly have an effect on how you deal with things. Taking away the real challenge of the game, you’ll soon find that Swipe Casters isn’t as addictive or as compelling as it perhaps could have been with a more punishing way of doing things. It’s cute and quite charming, and its controls are spot on accuracy wise, but all too swiftly it finds itself lacking that ‘wow’ factor. This is a title that’s a bit disposable.

Snipers vs Thieves Review: Both Sides of the Coin