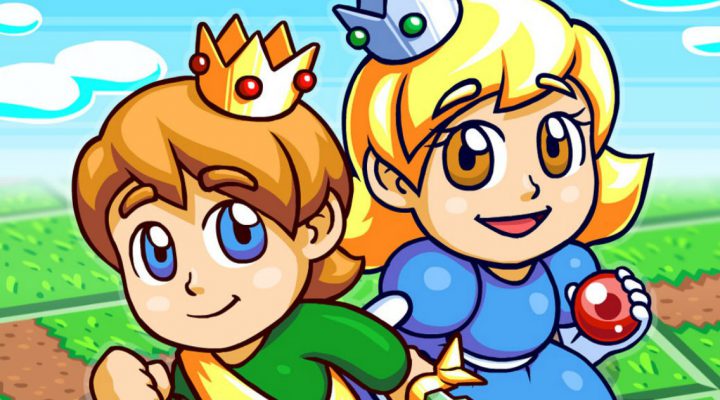 Character auto-walks, which can make tile-swapping difficult in some areas.

Most adventure games encourage players to travel down dangerous roads that more often than not meander into the gaping maw of some abomination. The roads in SwapQuest are a little different. They’re seemingly well-travelled, but they’re still crawling with monsters and hazards.

That’s OK, obviously. Without its monsters, this strange but addictive mix of role-playing and Pipe Mania-style path-fitting wouldn’t be half as engaging as it is. 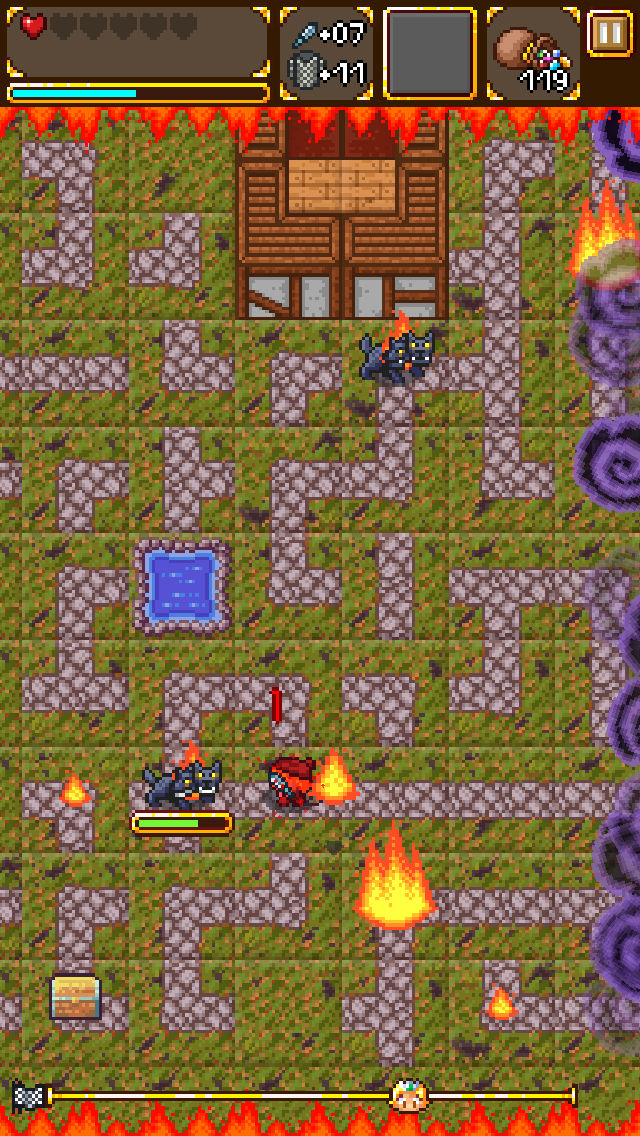 SwapQuest takes place in Aventana, a kingdom that’s recently come under siege by a legion of demons called the Horde. Princess Wilma flees with her little brother, Prince Wilbert (you can play as either one).

The Horde is hot on your tail, and staying one step ahead is quite difficult. That’s because  the roads of Aventana are broken into mismatched pieces. Either the Horde has taken care to muck up any possible escape routes, or some royal architect needs to be fired for indulging in one too many liquid lunches.

Either way, you can’t get ahead unless you fix the road for your young heroes. This is done simply by swapping out pieces in order to make a smooth, connected path. You need to move quickly since the screen constantly scrolls, but at the same time you don’t want to miss out on the treasure chests that are stuffed with gems. 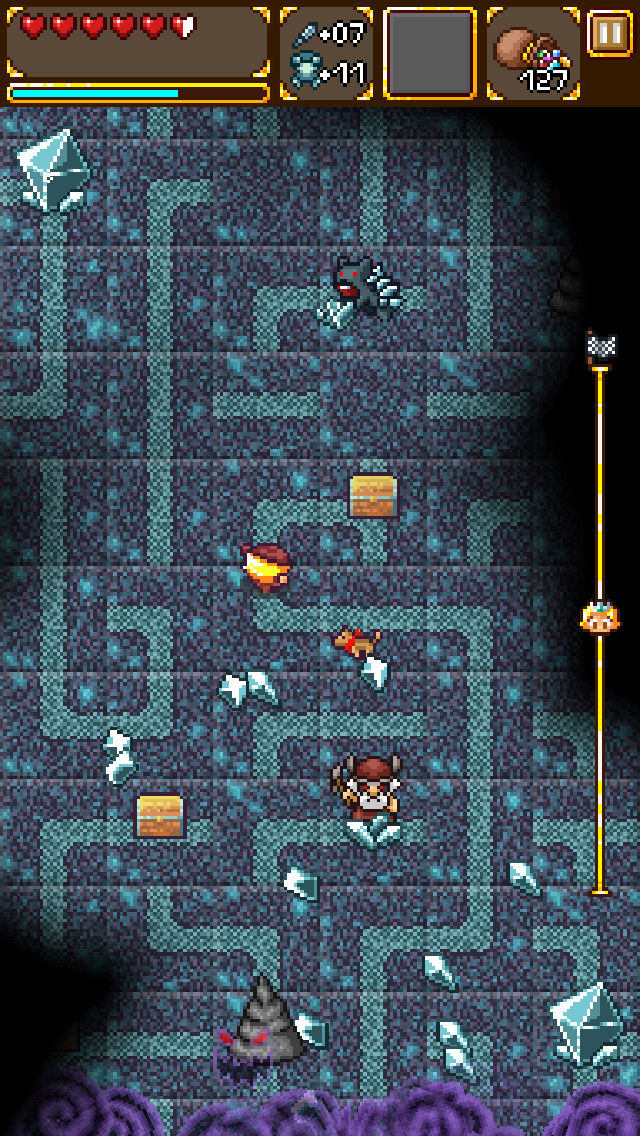 You’re probably going to find yourself on the edge of your seat whenever you play SwapQuest. You must make split-second decisions, which helps sharpen your foresight and logic centers to an atom-thick edge. Do you risk grabbing that one treasure chest even though it’s teetering on the edge of the Horde’s black cloud? Do you take on the surly dwarf in your path for experience points, or do you leave him be? And will you be quick enough to find the road pieces necessary to wind your way around that big honkin’ tree in your way?

Though it’s far from easy (especially if you’re the type of person that doesn’t win gold stars for expertise with logic puzzles, e.g. me), SwapQuest knows forgiveness. If you’re caught by the Horde cloud, you don’t die. Instead, you lose a small amount of hit points before you’re sent to a random tile on the map. Also, you can level up to become stronger, and purchase weapons and armor that will keep you safe from the game’s enemies and bosses.

You can also slow the game’s progress by tapping on your hero to make them stop walking back and forth. This automatic movement is admittedly annoying, since it often means your hero will be standing on a tile that you need to swap out. It’d be preferable to simply tap the area you want them to travel to.

Though the heroes’ brainless wanderings can get frustrating, SwapQuest  is a satisfying and unique way to spend a few hours. There are times when your brain and your fingers get their signals crossed and leave you helpless in the face of the advancing Horde – but when you figure everything out and crawl across the finish line, victory is ever so sweet.