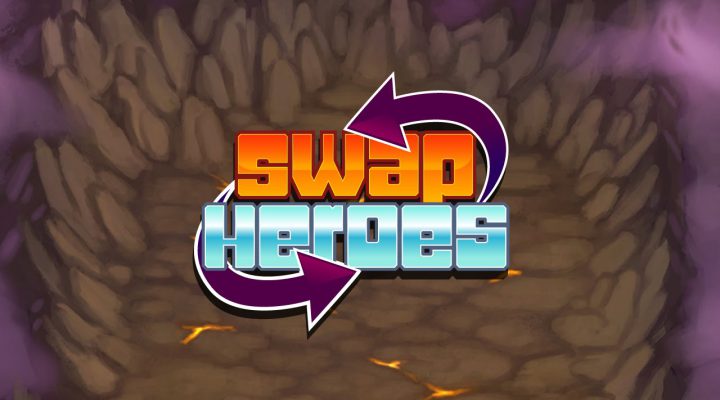 Easy to learn and play.

Gameplay should be a touch more balanced, given its difficulty.

Even though we idolize heroes, there’s really no such thing as a legend that truly works alone. Even the mightiest warriors need help, as the psychological burden of battle can be a mighty load to bear (or because said warriors are incapable of healing themselves thanks to a miserable magic stat).

Swap Heroes from Savory Games is a puzzle / battle title that’s all about finding a workable balance between active and passive battle actions. Surviving each round is a mighty undertaking that requires foresight, which makes the game’s uncontrollable random elements all the more curious.

The words “Swap Heroes” don’t just compose the name of the game. They also form instructions on how to play. There are four heroes on-screen at all times: Three in the front, and one in the back. The three heroes on the front lines attack every time the player makes a move, while the reserve hero recovers lost health. 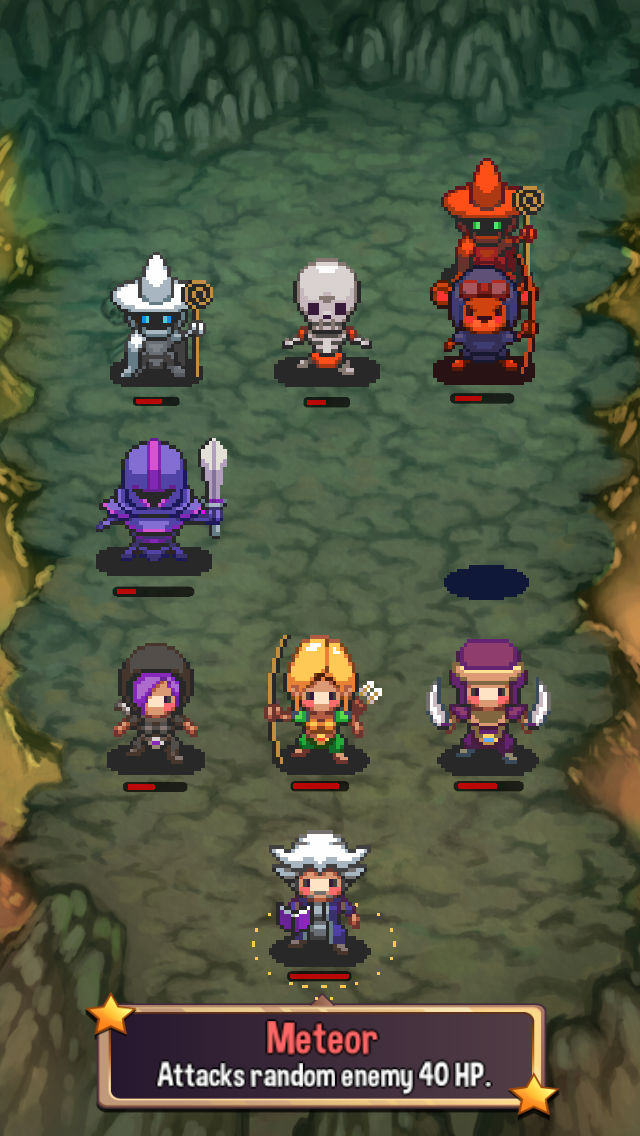 Every character subscribes to a class that determines their abilities. Archers shoot arrows, healers sling magic, druids unleash a blast of energy, and so forth. Characters also have secondary abilities that are only executed when they’re swapped from the back to the front lines. The archer will shoot a hail of arrows, the healer will restore a little of everyone’s health, and the druid will restore a chunk of health for the weakest hero.

Lines of enemies descend from the top of the screen, some of which boast long-range attacks, and some that only take a swipe when they’re up close and personal with your heroes. Succeeding in Swap Heroes requires you to really get a feel for what each hero is capable of, and how they attack the bad guys. A guardian will devastate enemies at close range, but they’re useless against a bow-wielding enemy that can pick them off from far away.

In other words, every move you make in Swap Heroes counts, especially because it’s game over if you lose even one hero. But being forced to constantly play on the edge is what makes Swap Heroes a uniquely brutal game. It’s simple to learn, but victory and survival don’t come easy.

…which is why the game is in need of some small tweaks that would make its onslaught a bit more fair. One example is the leveling-up system, which currently only lets you feed coins into randomized buffs. Want to beef up your wizard? If it doesn’t appear as an option at the end of a round, too bad for you. 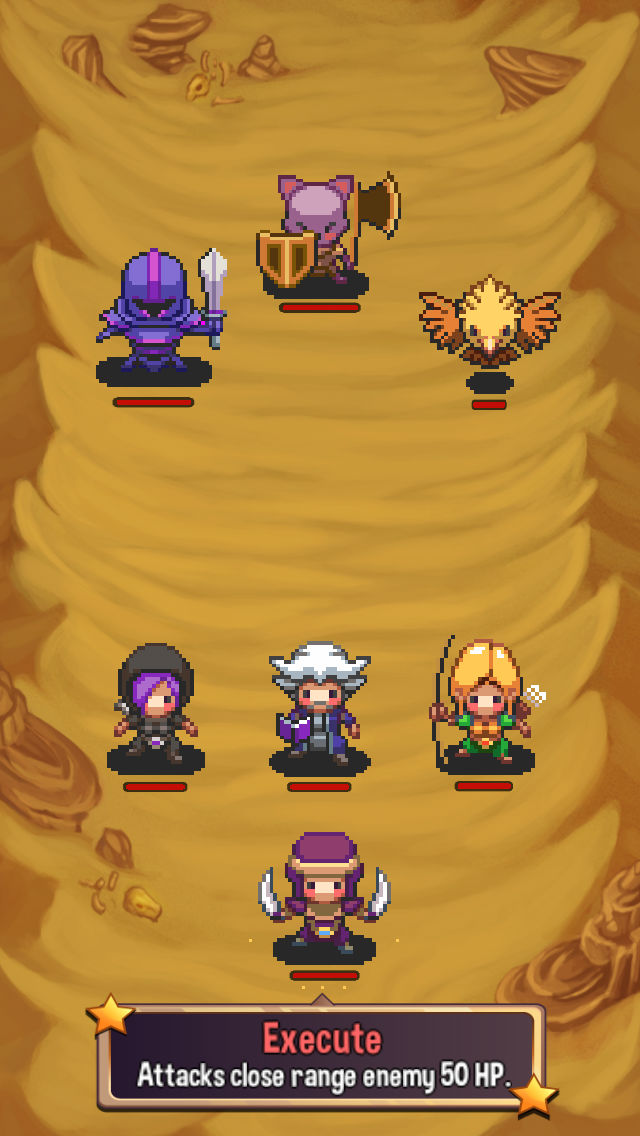 Another problem is the fact you must swap your heroes to complete a turn, even if keeping them in the same position for two turns in a row is the smartest move. An “end turn” button would rectify this.

While Swap Heroes’ shortcomings are a bit frustrating and may cause you to lose a match once in a blue moon, the overall experience is a good one. There’s an interesting puzzle game here that drives you to try over and over.

Retry Review: Once More ‘Round the Sun