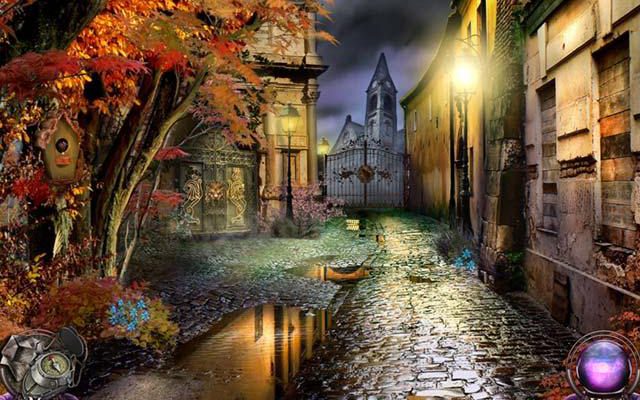 A talented mentalist tries to rebuild a troubled young girl’s psyche before her nightmares destroy her.

These days, Elephant Games is the hidden object game maker to beat. The company’s credits include stellar games like Mystery Trackers: Black Isle and Urban Legends: The Maze. This month, its stable of quality games grows yet again with hidden object psycho-drama, Surface: The Noise She Couldn’t Make. This over-the-top adventure explores bold new territory not by journeying to distant lands, but by venturing into the twisted recesses of the human mind.

The game gets rolling when authorities find a young woman at the side of a forest road, unconscious and holding a bloody knife in her hand. They bring the girl back to a hospital, but she refuses to wake from her mysterious coma. She carries no identification, and the hospital staff is hard-pressed to find out who their Jane Doe is, so they call in a specialist—a psychic who can travel inside the girl’s mind. You are that psychic, and it’s your job to fearlessly confront the horrors lurking in her brain’s twilit depths and find a way to eliminate the causes of her condition.

Right off the bat, The Noise She Couldn’t Make differentiates itself both through its narrative and in the way things are presented. The microcosmic story eschews the whole “save the world” idea for a much more intimate “save the individual” theme and is all the more compelling for it. This seemingly simple story is told through lush—verging on extravagant—graphics. It helps that every environment, from tropical oases to oversized dollhouses, is utterly surreal. You’re inside someone else’s mind, so really, anything goes. Dolphins swim through sand, mechanical birds chirp, bizarre contraptions do whatever bizarre things they’re designed to do, and everything’s drenched in rich, saturated color. It’s a bit like the hidden object version of Lady Gaga’s closet, but for those of us who subscribe to the aesthetic philosophy of “more is always more”, the effect is perfect.

If the graphics in general are unique, the game’s objectives are also given in a visually singular way. Your connection to the outside world is a drop-down ’50s TV, and rather than showing where you are geographically, the game’s map is a medical chart that shows Jane’s condition as her treatment progresses. In one of the cooler things I’ve seen in an in-game journal, you can review any of the many cinematics at any time and/or remind yourself of the main story points with the concise little blurbs that accompany them. In addition to this, nearly every location has bunches of little blue “aura” flowers for you to collect, and these can be used to buy custom furnishings for your very own Achievements Gallery. This little extra might seem kind of pointless in the grand scheme of things, but I admit, I had considerable fun personalizing my little psychic office. 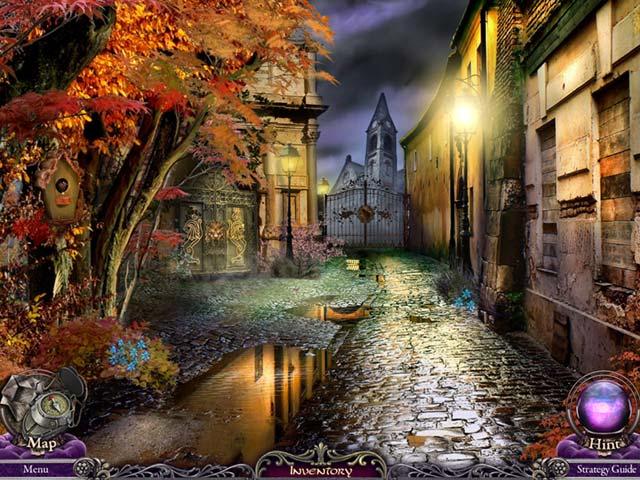 Aside from quality visuals, the game also does right by its hidden object adherents in terms of gameplay. Some of the hidden object scenes are set in truly unexpected places (my favorite being inside a diving helmet) but in general, they’re fairly basic and almost too easy. Of late, developers have been coming up with some pretty cool twists on the straightforward hidden object search, but The Noise She Couldn’t Make chose to employ the plain-vanilla “find X objects” variety. That’s not bad in itself, and would have been fine here had the scenes been more challenging. As it is, (on default difficulty at least) you can click randomly all over the screen and clear more than half your object list without even trying. The game’s puzzles fare better overall, and exhibit more creativity. While you’ll still encounter more locks than you might care to, rarely do they require a simple key or missing gem and as such, are far more interesting to open. 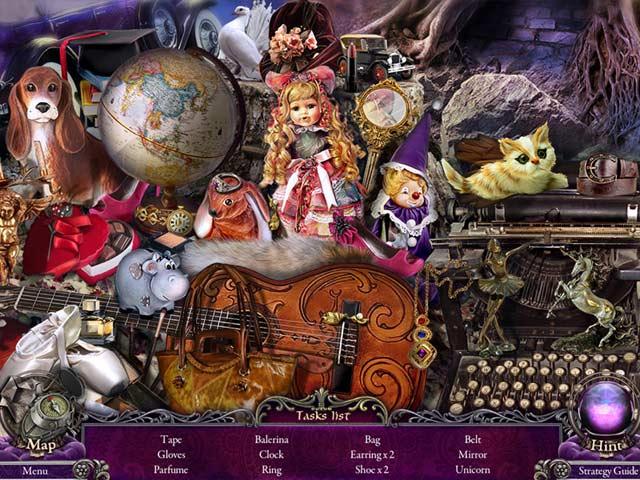 This Collector’s Edition has more Extras than most other games: in this case, a strategy guide, wallpapers, screensavers, concept art, mini-games, music tracks and even some cut content in the form of three unused cinematics. There also a bonus chapter that continues on at the point the main game finishes. Although it features a good number of new locations, this extra hour of gameplay fails to live up to the narratively cohesive main game and feels a bit like an afterthought.

All told, Surface: The Noise She Couldn’t Make proves once again that Elephant Games knows what it’s doing. By using surreal graphics to tell an unusually intimate, psychological story, it covers different ground than the many another hidden object title. Cool settings and creative puzzles make this one a winner and although the bonus chapter isn’t the best, the many other extras make it worth the Collector’s Edition price.