Supernauts Review: Worth the Wait

By Mike Thompson | 9 years ago 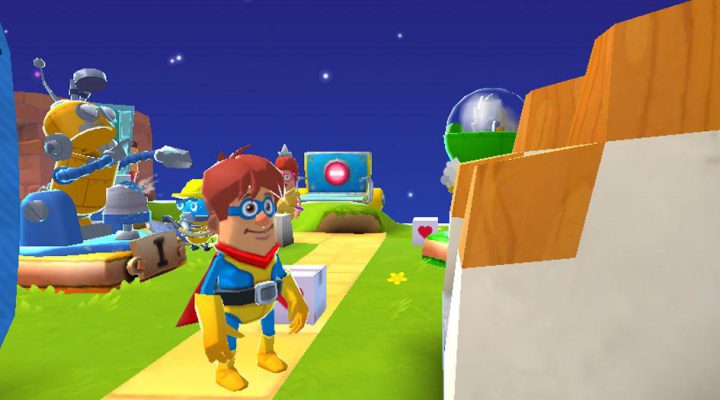 Tons of fun to explore other players' bases

After over two years of work, Finnish developer Grand Cru’s debut Supernauts has finally arrived on the App Store. When mobile titles have development cycles last this long, it’s not uncommon to look at the final product and ask if it was worth all the effort. In a nutshell: Yes. Supernauts is fantastic.

Story-wise, the game plays it smart and simple. In the future, humanity is living the retro sci-fi dream until global warming causes the polar ice caps to melt and flood the planet. As a result, superheroes have been tasked with rescuing stranded citizens and relocating them to floating islands in space. Unfortunately, the heroes themselves are -to be blunt- morons who can’t be trusted to do their jobs properly, which is where you come in. As part of the heroes’ support staff, it’s up to you to pick up the slack; meaning you need to go to Earth on rescue missions and build new homes in space. 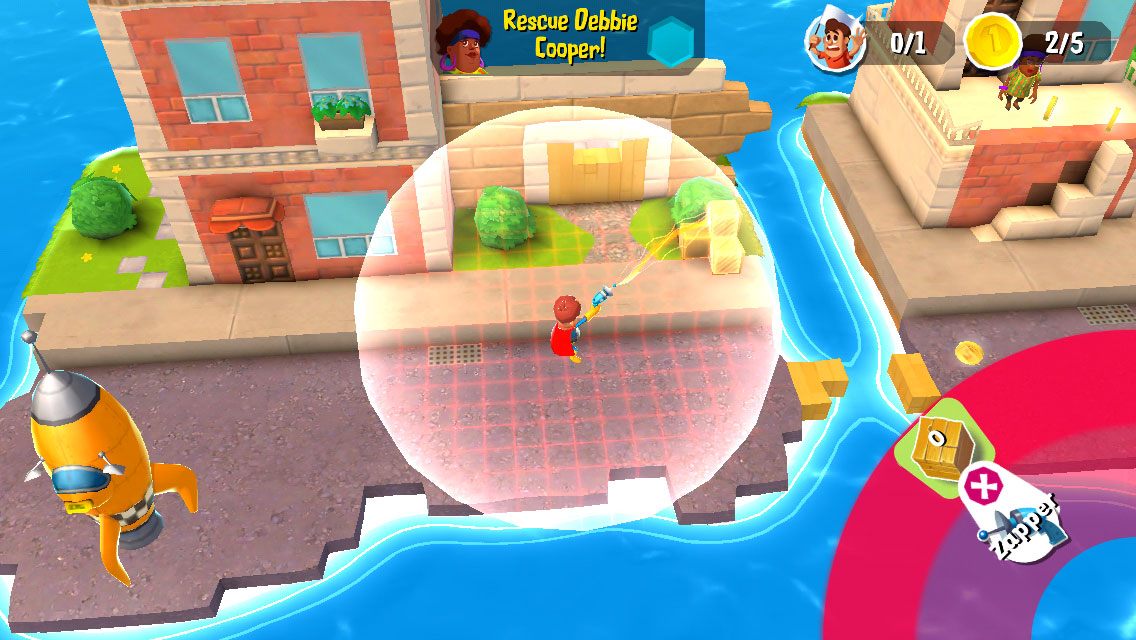 Gameplay is divided between base-building and rescue missions, which are well-tied together in terms of theme. The rescue missions feature basic platforming and feel like minigames thrown in to keep things interesting, but they’re fun enough in their own right. More missions are unlocked as one continues to level up their base; at the time of launch, acquiring the resources necessary to make these upgrades feels a little grindier than it should, but it doesn’t really detract from the overall gameplay.

Building out your island is the most interesting part of game, as it’s the most personal. Even though the game just launched, there are already some magnificently original bases to visit. So long as you have the patience to accumulate the building materials you need (or are willing to invest premium-currency Diamonds in them), the only limit to your base’s potential is your imagination. Likewise, there are a ton of decorative decorative items for sale in the store, allowing for even more customization. This is Supernauts’ greatest strength: It feels like a more casual (and less intimidating) version of Minecraft, complete with the ability to build in all three dimensions.

Players start out with a floating island high above the earth that they gradually build out in order to accommodate rescued civilians. These residents generate gold coins, which can in turn be used to upgrade base structures and purchase some resources. Resources largely come in the form of building blocks -which come in a variety of material types like clay, concrete, brick, and wood- and squares of land. These blocks can be accumulated in a couple of different ways. On rescue missions, players earn some by removing barriers with a ray gun in order to reach a citizen. At the home base, constructible units will produce said blocks, some do this automatically while others require orders to be placed. Finally, there’s always the option use the Block Market, where players can trade blocks to other players in exchange for coins.

There’s also an option to connect the game to a player’s Facebook account, which allows one to connect with other friends playing the game. Once connected, players can visit and explore each others’ islands, as well as leave gifts. At the moment, there doesn’t seem to be much else to do, but it feels like there’s potential for more multiplayer game elements in the future. 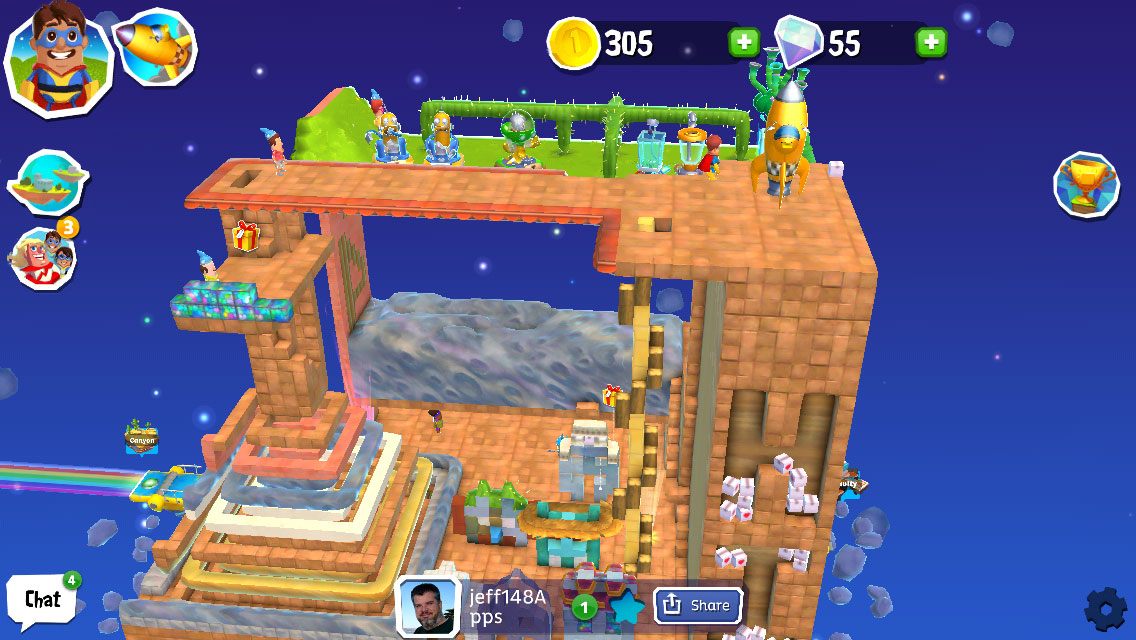 The one real problem with Supernauts is that there’s almost too much content here for the smaller screen of an iPhone, though the larger screen of an iPad would be perfect for this. That said, the game looks absolutely brilliant on the Retina display, thanks to some stunning art design and vibrant colors. There’s a retro futurism aesthetic to the game’s general style, complimented by fantastically bright colors and goofy character design that is a little reminiscent of John Kricfalusi (the artist responsible for creating Ren & Stimpy back in the 1990s). It’s also easy to take in all these details from just about any angle, thanks to the camera’s well-implemented swipe controls.

Every element of the game feels incredibly polished, from the art to the sound design to the intuitive mechanics. It’s also remarkably stable: After several hours of play, the game remains bug and crash-free. Considering how complex and polished the game is, it’s astounding to realize the entire thing was built in Unity.

Supernauts may have spent a long time in the oven, but the end result is an incredibly well-baked game. It’s beautiful, full of surprising depth, and never loses scope of maintaining a sense of playful fun. More importantly, there’s just nothing else quite like this on mobile devices. You owe it to yourself to check it out.