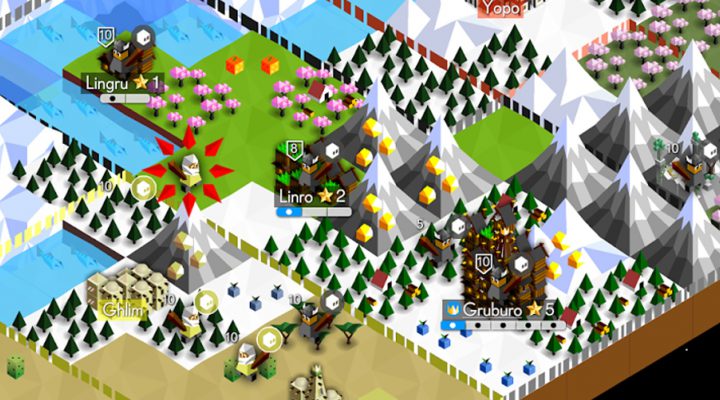 Very easy to learn the basics.

Free of tacky IAPs that pollute other strategy games.

Only one game mode.

I’ve long maintained that the best mobile games are the ones that can be played in short bursts, whenever the player has a few minutes of downtime throughout their day. With the exception of Hearthstone, long drawn-out, strategic games never really appealed to me on mobile devices.

Super Tribes was the first, turn-based strategy title since Hearthstone that has managed to suck me into its lengthy, strategic gameplay sessions. The game has some easily-addressable flaws, but the large portion of my time in Super Tribes was positively positive. 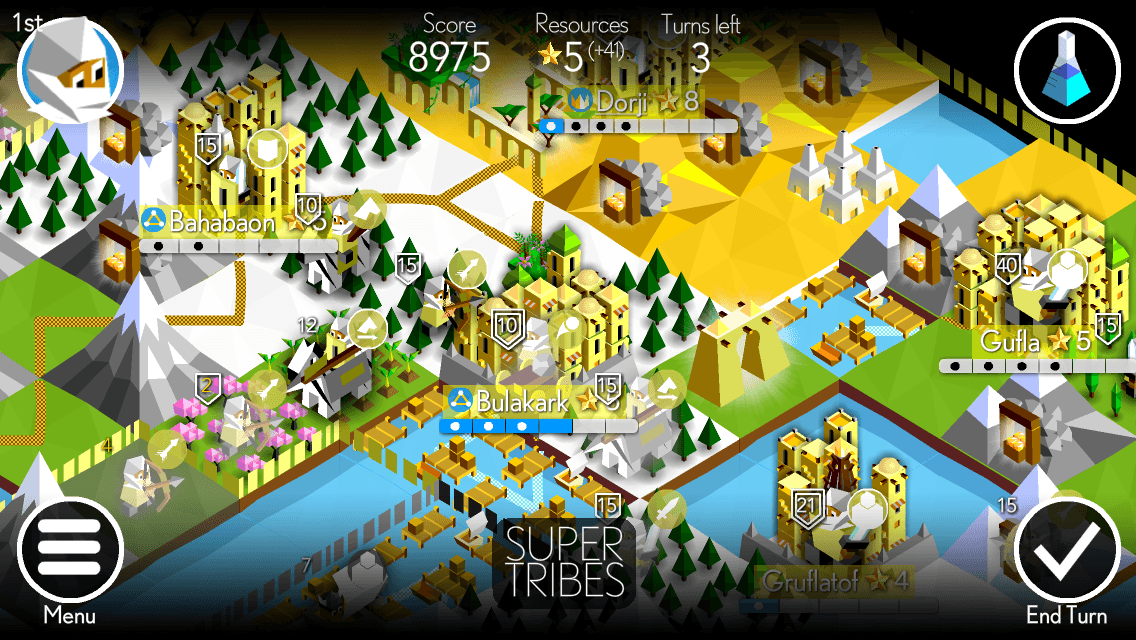 Right from the start, Super Tribes is a breath of fresh air. When I told you that Super Tribes is a strategy game for mobile devices, you no doubt pictured a main menu saturated with all sorts of ways to spend money in the game, wait timers, and other common gimmicks found in nearly every free-to-play mobile strategy game. None of this is present in Super Tribes. The only IAP option I saw was the option to purchase another nation to play as; an alternative that does not change the game in any outlandish way as the difference between nations (beyond appearance) is they each start with a different technology unlocked from the start.

The rest of the game is just as straight forward.

In no time, Super Tribes had me clearing forests, draining the seas of fish, conquering villages and turning them into prosperous cities under my banner, and marching armies across my borders to conquer my neighbors. Super Tribes might be a pocket-sized game, but it sure did a great job making me feel mighty.

If only it did a better job allowing me to track my mighty conquests. When the turn-limited rounds end, the game tallied up a final score that it pulled from a handful of different factors. Then it flashes up the high scores of the best players in the game. From there players are taken back to the main screen, and unless they have a particularly good memory (or wrote it down) their score is forever lost to them. The game, for whatever reason, just does not keep track of the player’s score. This seems like a bizarre oversight in a game that puts so much emphasis on its scoring.

I also found it odd that Super Tribes has just one game mode, and apart from the difficulty level, number of opponents, and a selection of nations to begin as, there are no options to customize the game. The entire game, no matter what, ends after 30 turns. More times than I can count, I was building up momentum as I pushed my troops across the map, battled over cities, siphoned as many resources as I could from the land — and then the game would just end.

Not being able to keep track of my scores, and not being able to push beyond the 30 turns (I was only able to fully defeat my opponents on the rather brainless, “Easy” difficulty setting) took a good deal of satisfaction out of Super Tribes. Fortunately, these two issues are easy to fix on the developer’s end of things, but it remains to be seen whether or not these issues will be addressed in upcoming patches.

As it stands right now though, if you’re a fan of Civilization-type games and are looking for a simplified version to play on the go, you won’t regret giving Super Tribes a shot. Without the dense rules and minute details that these sorts of strategy games usually employ, Super Tribes leaves the door open for players new to the genre to come in and see what the game is all about, hopefully leaving as a fan.