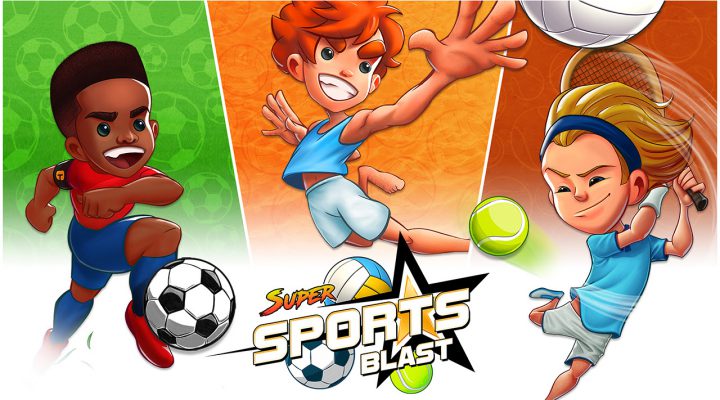 Volleyball is fun with friends

Sports compilations are a tricky thing to get right. They can often end up feeling rather stretched, not managing to offer the depth of games that focus on just one sport.

Sadly that’s a pitfall Super Sports Blast plummets into, despite its best efforts.

It includes three sports – Volleyball (called just Volley here), Tennis, and Football. They all boast a cartoony aesthetic and are generally casual takes on each pursuit.

Volleyball is the best of the three and offers a deceptively deep take on the sport. The tutorial even says there’s more for you to pick up after it’s taught you the basics.

It’s intuitive and easy to control, and although you’ll quickly tire of it in single player four-player contests with friends are a lot of frantic fun.

This is a general theme with Super Sports Blast, and although it’s no great surprise its better experienced with others it still has a surprising amount of options across the three sports.

This is most notable in Tennis, where the career mode borrows heavily from Virtua Tennis in combining tournament play with simple mini-games.

Sadly it lacks the slickness of Sega’s seminal sporting series. Matches having a slightly too floaty feel with shots going flying out a bit too often, and the mini-games feel very rote and lacking in imagination.

It just lacks a bit of inspiration generally, although the mocked up renditions of famous pros on the tennis circuit does raise a smile.

Football is the weakest of the three titles – unsurprising considering it’s the most complex of the sports chosen.

It simply never feels fun, with passing more of a chore than it should be -matches feel like they rely too much on a kick and rush strategy.

The lack of presentational polish also hurts Football the most, with no commentary or speech samples making matches feel a bit ghostly and underwhelming.

Super Sports Blast generally feels a bit anemic despite the inclusion of three sports, and the lack of polish isn’t quite balanced out by its budget pricepoint.

It’s a workmanlike collection, and although it never feels broken its lack of any real spark or magic wears you down before long.