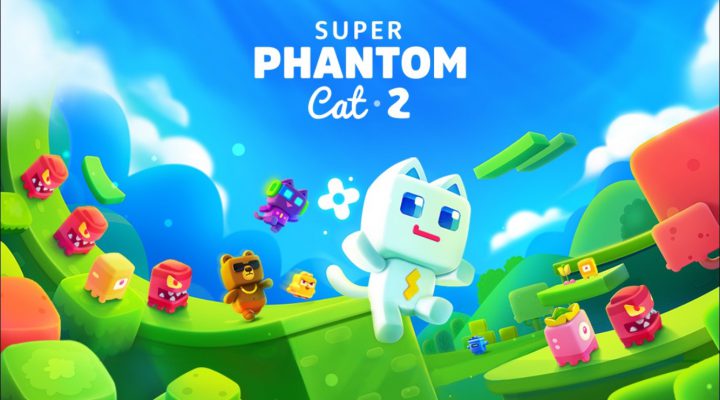 Lots to collect, unlock, learn, and do

Consumable boosts won't always save you

We here at Gamezebo are undeniably pro-cat, so a sequel to 2016’s very popular Super Phantom Cat was highly anticipated. Like its predecessor, Super Phantom Cat 2 will undoubtedly please platformer fans looking for some retro vibes while also offering some fresh features such as unlockable characters and a little resource management.

The adventure begins in the Mystic Forest, as we follow cat-hero Ari who must traverse dangerous lands to rescue his kidnapped sister Ina. Levels will feel familiar, as you jump on little baddies and collect coins. Hidden within each level are treasure chests with bonuses, extra lives, and new skills to unlock (such as vine-growing to climb walls or the ability to pass through barriers). There are four worlds total, offering a variety of rich environments including the verdant Lost Garden, a blazing Torrid Oasis, and the icy Glacial Valley. 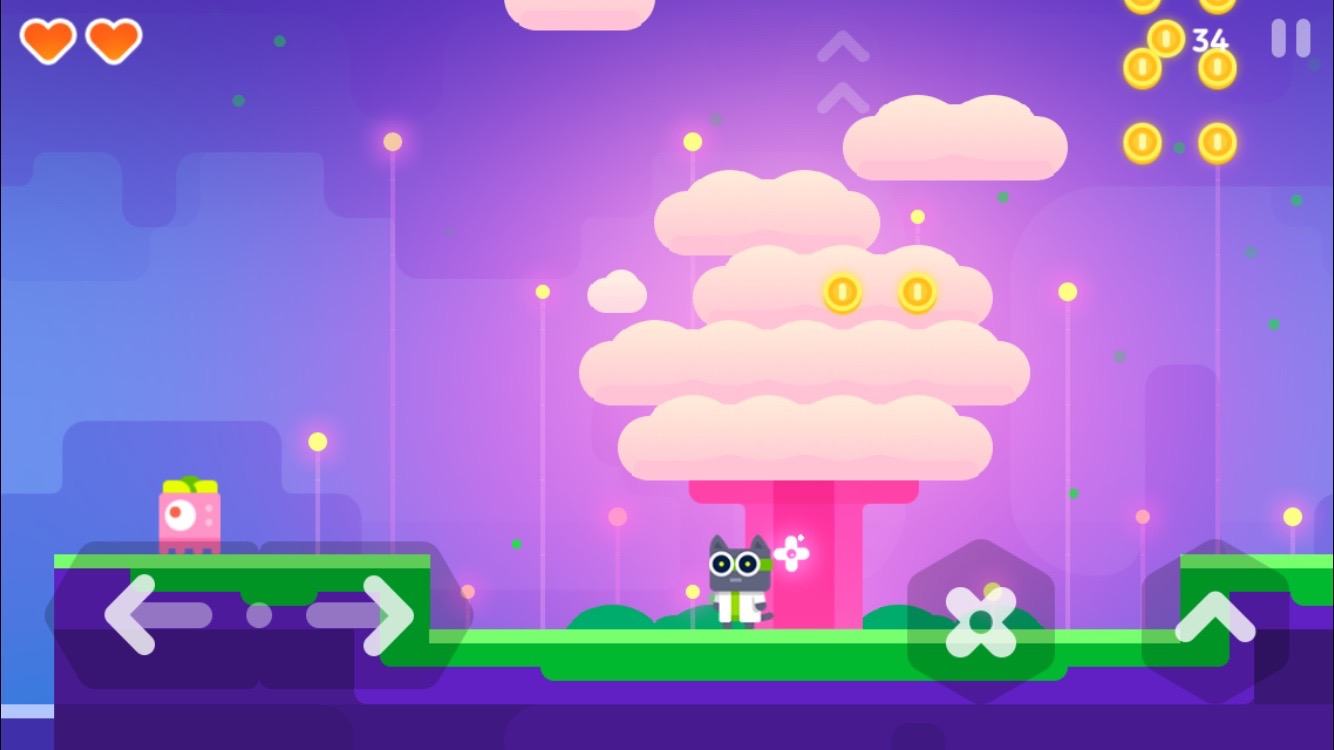 For a platformer, there is a lot of depth in the design, with several different layers of experience to add some complexity and strategy to an otherwise standard side-scroller. There are 15 unlockable characters, ranging from rock band members to scientists; these characters are revealed over time and then require additional character “fragments” which you collect through gameplay before the characters can become playable. There are also quests which unlock as you progress, offering opportunities for more difficult challenges. 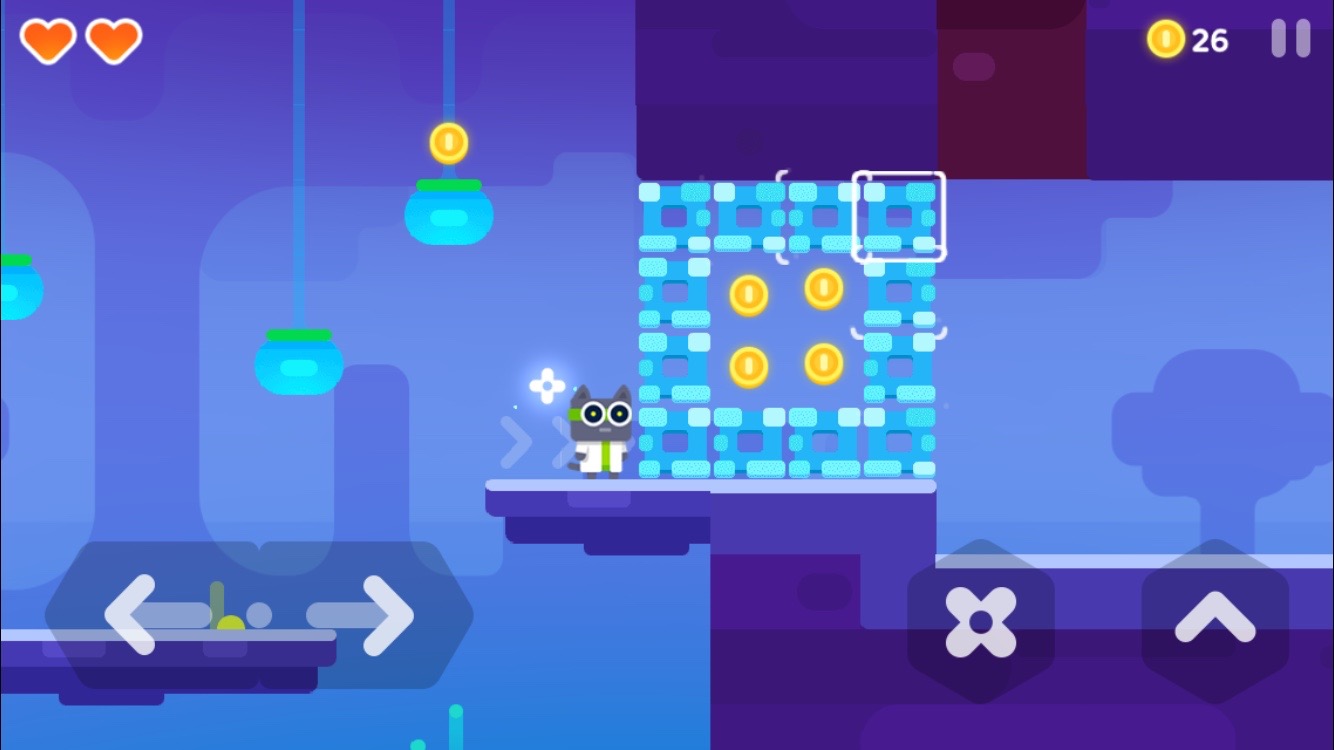 Over time, a Base also opens up so you can invest your coins and diamonds into buildings where you can then generate consumable boosters such as health elixirs or keys to help you in your adventure. Of course, resources being limited, you’ll need to strategize on which investments you want to make. Buildings can be upgraded, slots can be opened up to make more boosters at once, and boost creation can be sped up. As a fan of hybrid games that incorporate different game mechanics into the design, I like the idea of resource management within a platformer. It does feel a little superficial, in that it’s not entirely necessary to have this feature, but it’s a nice extra layer to have more to do within the game. 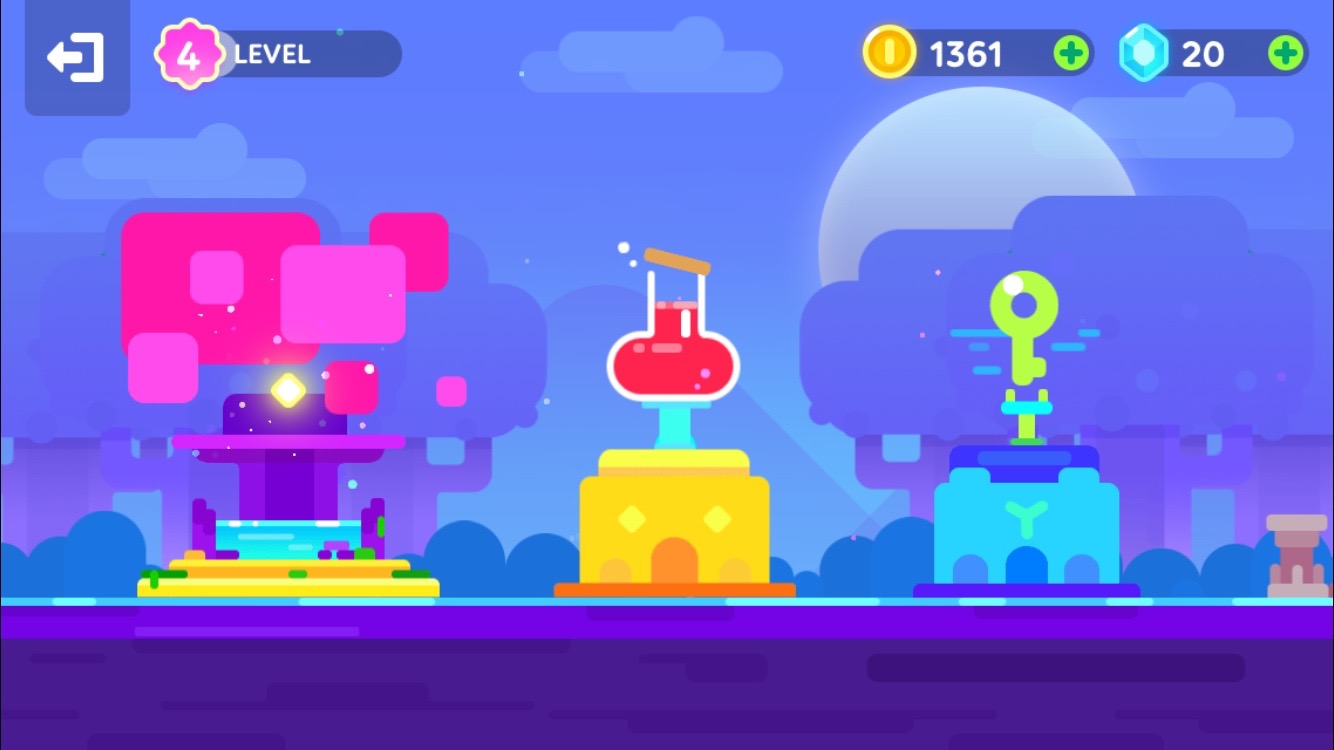 For all of its extra features, the game could use some attention to its controls. The HUD uses three buttons to control left and right movement along with jumping. However, the controls didn’t always feel responsive which resulted in a lot of “button smashing” rather than precision. I would like to see some tighter controls that make movement less clunky and more smooth. Similarly, using consumable boosts would often backfire, sending me into a dangerous area where I’d immediately die, rather than actually saving me.

Super Phantom Cat 2 certainly nods to ’80s plumber platformers, but the chill music and the juicy hues update the aesthetics for a contemporary audience. However, the one update that really needs to be made is the key plot device: rescuing a helpless female character from being kidnapped. We should really be doing better than the casual sexism that tired tropes like this perpetuate.

Super Phantom Cat 2 is free to download and play, but there are plenty of ways to spend some money. The game does have a tight economy, including an energy system which will deplete with each level you play, a hard currency of rare blue diamonds, and more common gold coins acting as a soft currency. Gratefully there are no pop-up ads, but you can choose to watch video ads to double your gold coins at the end of a level; I recommend doing this with every opportunity you get.

Overall, Super Phantom Cat 2 offers a lot of free gameplay, with some complexity that elevates it from basic platformer to more robust experience. The appealing graphics and the cool soundtrack make the game feel updated while still nodding to its 80s inspirations.