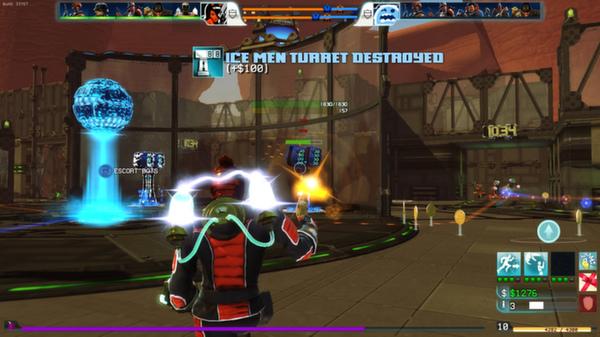 The original Monday Night Combat was a breakout Xbox Live Arcade hit that shouldn’t have been one. In the crowded online multiplayer scene dominated by the likes of the Call of Duty, Halo and Gears of War franchises, a little independent title shouldn’t be terribly successful – but time has proven it to be one of Xbox Live Arcade’s biggest games. The blending of elements from Team Fortress 2, Counter-Strike, tower defense, and a whole lot of Defense of the Ancients hit the right chord for many people, myself included.

After eventually making its way to Steam the game opened up to a whole different audience who also responded to the game’s fun action and charm. Now Uber Entertainment has brought forth Super Monday Night Combat, a freemium follow-up, changing around the formula a bit. But don’t worry – your favorite parts are still in fine form.

Some things from the original MNC have been left unchanged. The setup is still a televised sporting event where teams use automated bots to infiltrate and eventually destroy the opponent’s “moneyball,” but the cast of characters for each team has been expanded, and some of the specifics have been tweaked. The bots are a much more important part of the game; where before they were just extra fodder, they are now the only things that can destroy the enemy’s turrets. The turrets are also pre-built now, where before you were choosing where and what kind to build, you now spend the money earned from destroying bots and players to spawn friendly bots, open up access to lifts, and activate bonuses. Teamwork is now more important than ever.

Having a well-balanced team is always a key to class-based multiplayer games, and Super MNC is no different. To continue the parallel between this game and DotA, your playable characters are referred to as a “Pro” instead of a “Hero”. The maps are fairly symmetrical with a base at either end, and there are various lanes that the bots will travel and do battle on. The different Pros have primary and secondary weapons, as well as two passive and three active skills. Your Pro will level quickly as you help take out bots and opposing players allowing you to upgrade your skills. The designs for the Pros are pretty well thought out, and expand the options for players very nicely. 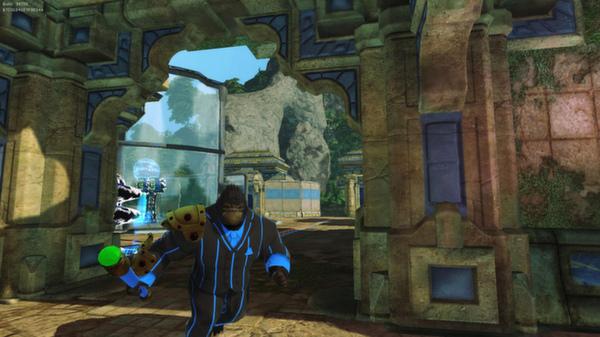 When you can connect to one, matches generally last about 15-20 minutes. Considering that this game was “accidentally” released early, it’s not surprising that things that were still being beta tested aren’t running perfectly yet. During the match there’s plenty of data on the UI to keep you informed if the match outcome is swinging one way or the other, and “play-by-play” style voice over for the announcers is as entertaining as it is useful. Super Monday Night Combat is not hurting for personality or charisma, it has both in spades without feeling too forced.

It’s the masterful mix of gameplay that elevates Super Monday Night Combat above the droves of free-to-play action games. Masking an almost purely DotA-style game as a third person shooter that looks like Team Fortress 2 is mind-numbingly brilliant. The changes to the gameplay make a ton of sense, but don’t take away what made the original so much fun. Team-based action doesn’t get much more entertaining and time-eating than this.