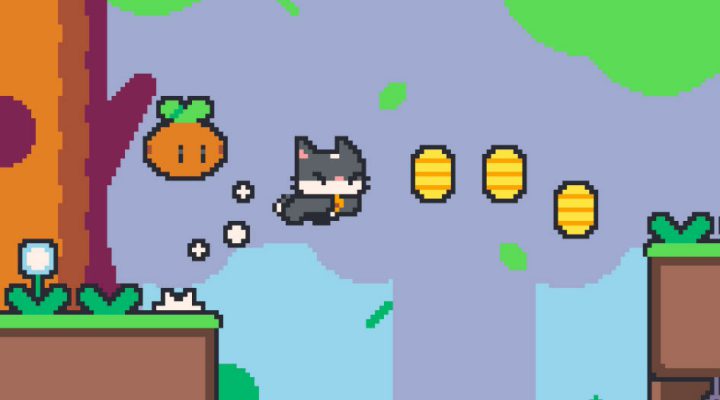 A few tricks up its sleeve.

Not the freshest platformer.

Controls take a little getting used to.

There’s a lovely fuzziness to Super Cat Tales. And it comes at you from two directions at once. On the one hand there’s the cast of characters you’re leading through the platforming adventure. They’re all lovely cats, presented in endearingly cute pixel graphics. Let’s put it this way, if there were action figures of the feline stars then I’d buy them and I’d love them and I’d take care of them forever.

The other sort of fuzz comes from the retro stylings of the game. It nods sagely in the direction of a handful of some of the greatest games ever made. And then does just about enough to live up to their expectations. 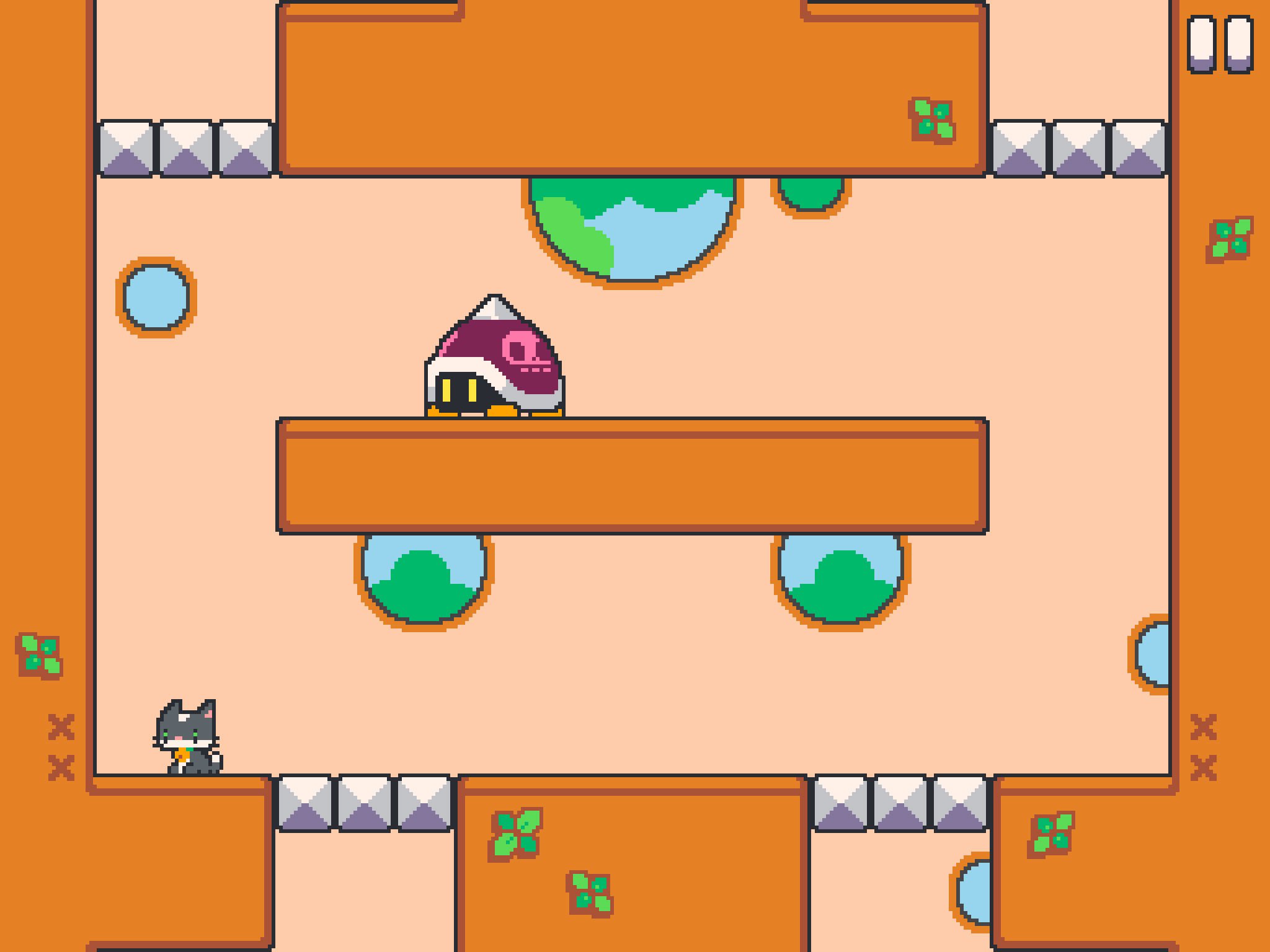 The game sees you controlling a series of different cats. You need to get from A to B across a vast array of short platforming levels, collecting a bunch of stuff as you do. The twist is that different cats have different abilities.

So, for example, you might find walls you can’t get past in early levels. But when you’ve unlocked a new cat deeper into the game you’ll be able to smash them with your kitty head. It adds a sort of Metroidvania twang to things.

The levels themselves are pretty bite-sized and rarely last more than a handful of moments. But squished into those bites are some tasty platform morsels that you’re going to be happy to savour, even if it’s not the first time you’ve tried them. 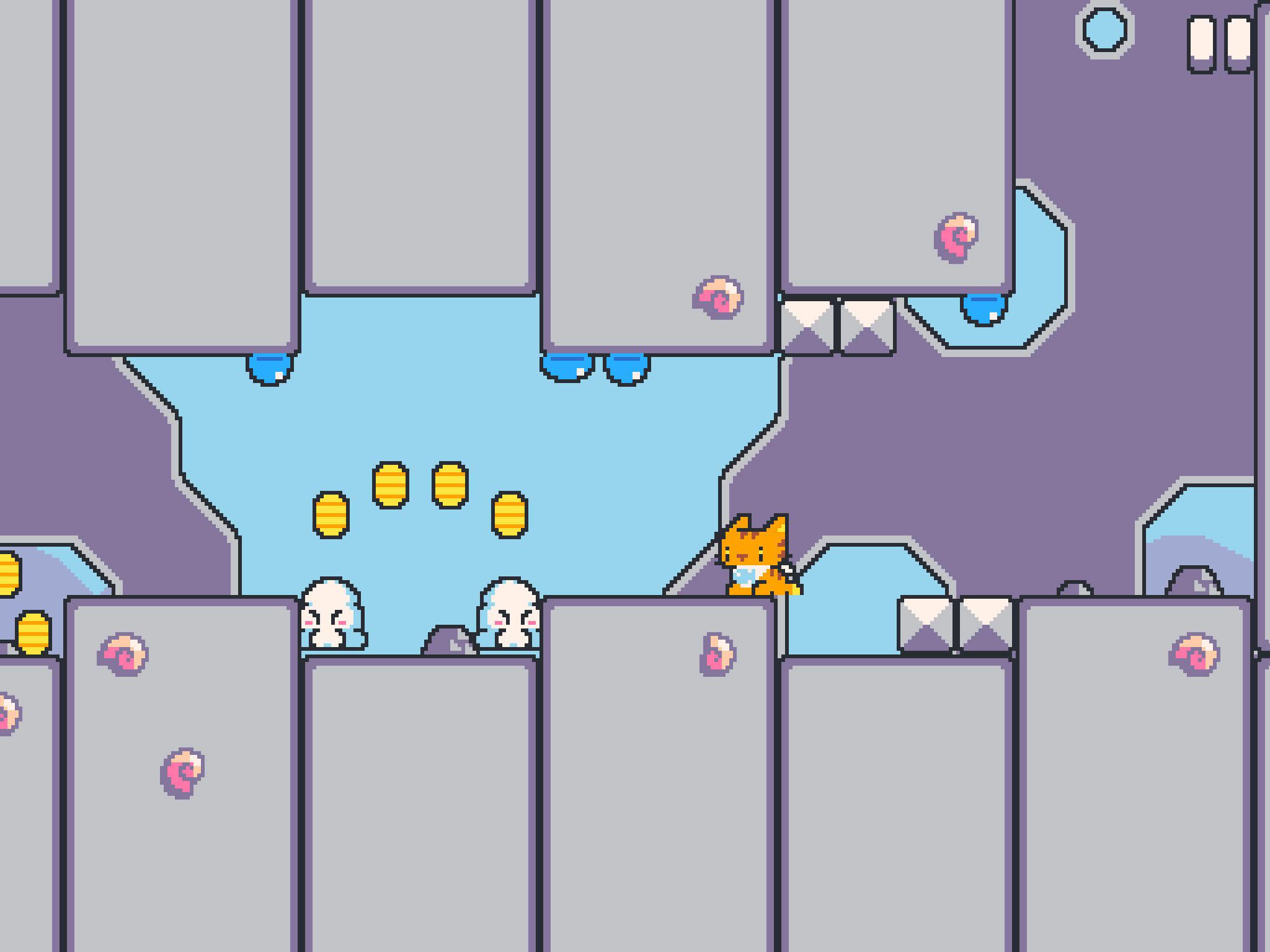 One departure from the platforming template comes in the shape of the controls. You tap on the left of the screen to move left and the right of the screen to move right. Double tap and you’ll start to run. When you’re running there are more options open to you. So for example running off a cliff, rather than ending in your untimely death like it would in the real world, will make you try and jump across whatever gap exists post-cliff.

There are other twists too, and you’ll discover more of them as you play through and unlock different cats. Underwater sections play a bit like a more buoyant Flappy Bird, and there are enemies to try and stay out of the way of as well. 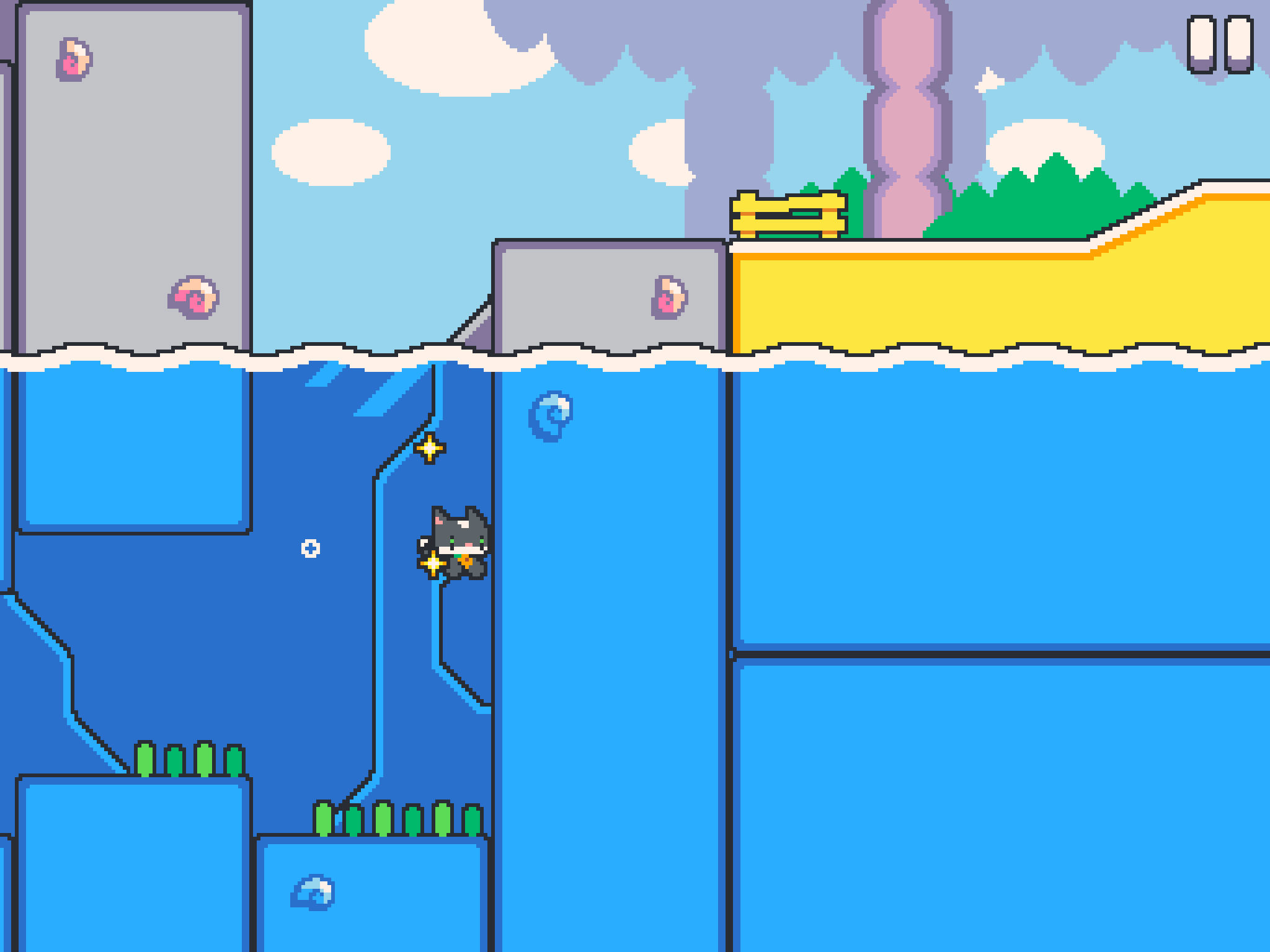 This is a cheery and surprisingly bouncy platformer that, while it does sit firmly in the rose-tinted nostalgia camp, isn’t afraid to go about things in its own way. There are tweaks and new ideas hidden under the pixels, and when they show their face you’ll give a little whoop and a smile.

And as well as being entertaining, it’s endearing. There’s just so much here to like, and it’s presented in a way that makes it immediately find a way into your heart strings. Then it gives them a cheeky pluck every now and then with some humour and pathos. And there are loads of cats in it. I like cats.

It isn’t the most original platformer out there, and while it does pay homage at every turn to the likes of Mario and Alex Kidd, it doesn’t manage to reach the lofty heights that those genre pioneers did.

Still, there’s an awful lot here to like. If you’re a fan of old fashioned leapers then you’re going to be in your element here. And if you’re not, well there’s enough new stuff going on that you’re likely going to leave with a smile on your face as well.