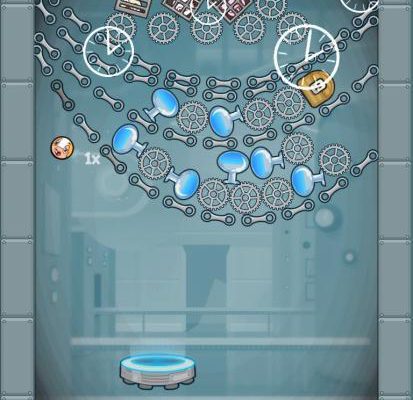 If you’re a twenty- or- thirty-something, then you’ve probably played Breakout. In fact, there’s no way that you haven’t played Breakout. The game was an arcade hit even before it was ported to every game console and computer known to humankind through the late ’70s and early ’80s. Heck, you can even go ahead and count yourself as a Breakout player if you fiddled with Brickles for your Mac Plus. We won’t tell. Just make sure you’re ready to go in a new direction with the classic formula when you first fire up Super Bunny Breakout.

Super Bunny Breakout by Atari and Zynga is a modern re-imagining of the original Breakout. Andit boasts two things the initial game never had: a story, and protagonists you can hug. The game begins with a rabbit being held in an animal testing laboratory (“Evil Animal Testing,” or “EAT”). Bunny sees a superhero on the security guard’s television, which inspires him to bust out of the joint. He succeeds, but his conscience is pricked by the sight of hundreds of fellow inmates still locked up tight. Super Bunny resolves to free them all.

Like Breakout, the ultimate object of the game is to hurl projectiles (in this case, Bunny or any of his unlockable buddies) at solid objects at the top of the screen. When all the objects are gone, you can move on to the next level. Unlike Breakout, however, Super Bunny Breakout has a dimension of depth that was never present in the arcade original. You fire your animal pal from a slingshot, and if you’re careful, you can catch him again and take a better shot. Gone are neat rows of colored blocks. Instead, Super Bunny Breakout challenges you to bash apart cages, chains, test tubes, robots, and avoid traps. Said obstacles and pitfalls whirr and swirl in the air, which makes for some pretty tricky stages.

Luckily, the platform that shoots and bounces your buddy up to the top half of the screen also has limited vertical movement, which is a big help for giving you the extra burst of speed you need to rip through a barricade. Also, the animal heroes can fill up a special meter and unleash super-moves that cut a wide path through enemy lines when you’re in a pinch. 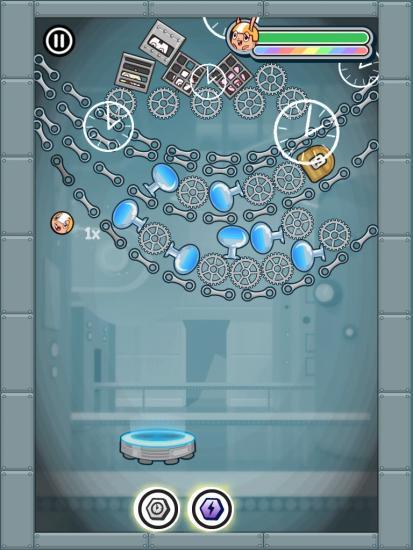 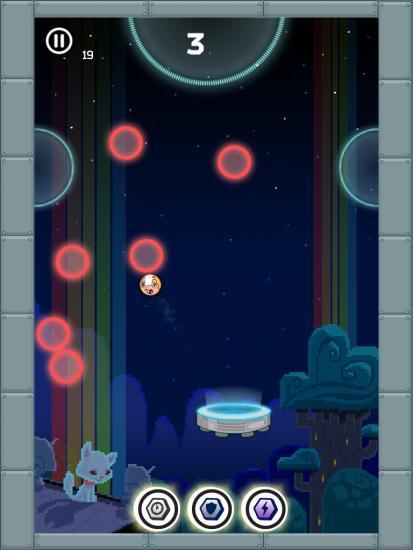 Even though it’s a paid app, Super Bunny Breakout works on an energy system. If your buddy misses the platform and falls into oblivion, you lose energy instead of a life. If your energy hits zero, you need to switch to another animal or wait at your treehouse hideout until your energy refills.

Luckily, you can earn (or buy) in-game currency and buy snacks that recharge your animals. You can also earn snacks and energy-restoring “Med Kits” as you play levels. This is a welcome option, since at launch, Super Bunny Breakout appears to suffer from some kind of bug that occasionally prevents your animals’ energy from filling up on its own. Another problem with Super Bunny Breakout is the paddle: the friction between your finger and the screen makes the object’s movements feel sluggish at times.

Breakout is a classic game, but a little bit dry. Super Bunny Breakout has a couple of hiccups, but it’s a cute, worthy upgrade of an arcade mainstay. It also serves as a good indication that both Atari and Zynga might be getting the hang of developing stuff for this “mobile game” fad.