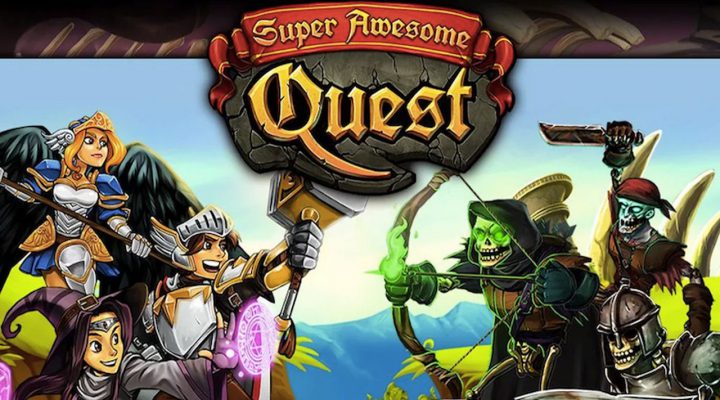 Each turn has a risk to it, making every tile-flip exciting.

No gameplay-limiting features. Play as much as you want.

You'll have to grind through previous levels in order to gear up for some of the tougher fights.

Super Awesome Quest isn’t a game I expected to enjoy very much.

After seeing an onslaught of puzzle-RPGs on mobile devices over the last few years, another tile-based puzzle fighter would have normally sent shivers down my spine, and caused my eyes to roll uncontrollably towards the back of my head. I didn’t think I could handle one more puzzle RPG.

…and then I played Super Awesome Quest. 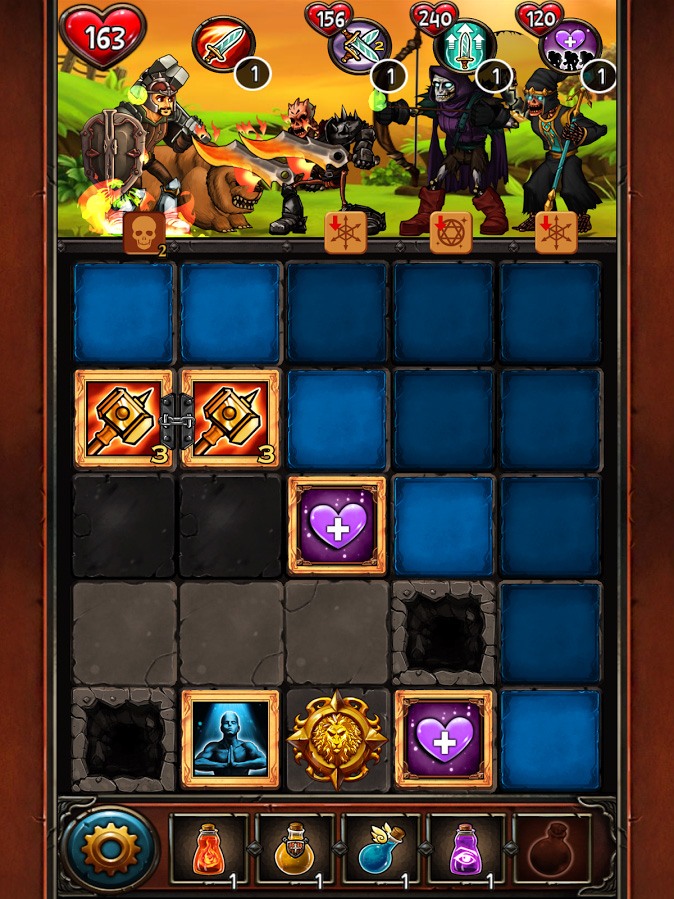 For one, it has absolutely no penalty for playing it. You don’t have to worry about waiting for energy bars to refill. I could (and did) play Super Awesome Quest for as long as I wanted to.

The catch here, if you even really want to call it a catch, is that I had to grind the levels —two sets of side missions, about 12 in total— in order to collect enough experience and gear to complete the main quest missions.

The gameplay in Super Awesome Quest is a blend between Minesweeper and a dungeon crawler. Players tap tiles to utilize the abilities that those tiles represent, and as a tile is used, the neighboring tiles are revealed. If matching tiles are revealed to be side-by-side, their effect is amplified. Players just don’t know what lies under a tile until they’ve used one of its neighboring ones. This mechanic creates  a strategic gamble that makes every turn interesting and exciting. 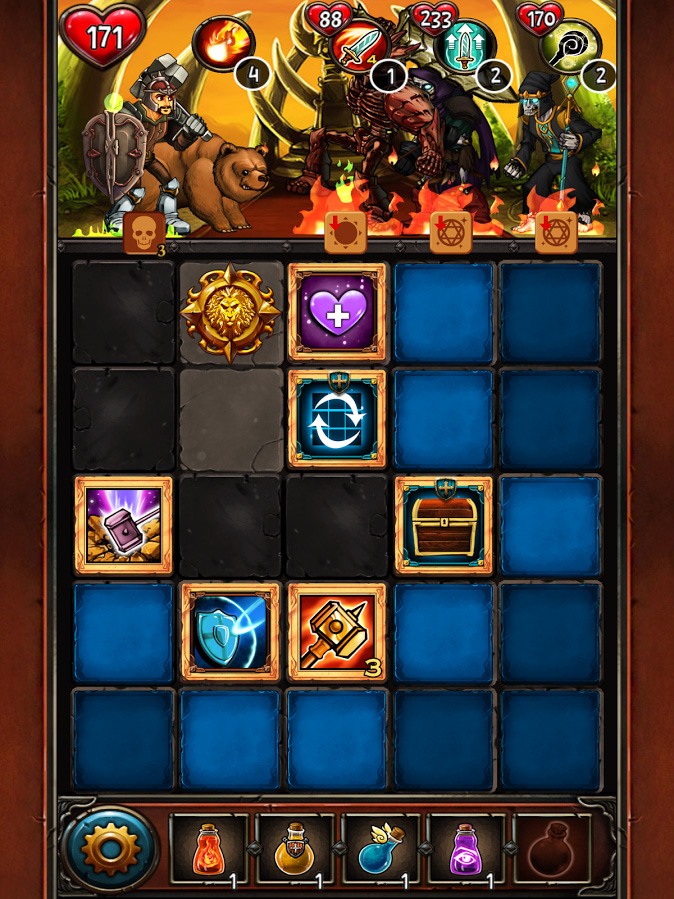 Attacking enemies is as simple as tapping on the weapon tiles and watching your chosen hero attack the enemy. Each opponent has a counter that counts down until their next attack, so players have time to play one or two additional tiles in between their attack and the enemy’s. Potion tiles refill health, weapon tiles deal damage, and buff tiles increase offensive and defensive stats for a certain amount of time. Each tile has a purpose, and nothing felt unnecessary.

Playing through the campaign rewards players with gear and items that they can use to become stronger and more resilient warriors. Gear is visually represented on your hero, so upgrading gear, like a helmet, will actually make your hero look cooler. Pets are even a thing in Super Awesome Quest, and I was running with a Shiba Inu — until I unlocked the bear. Pets help with unique stat boosts and their occasional aggressive attacks.

As I previously mentioned, the only downside that I found in Super Awesome Quest was getting your  character to a point where they are viable against particular enemies in the main missions.

I found that the best way to handle this was to just play through the side missions, complete their bronze and silver challenges, and see where things stand at that point. Usually after I had replayed the missions a second time (for the silver challenge) my hero was well equipped — and slightly cooler looking  — to head into the next main story mission.

Grinding is a standard aspect of most RPGs though, so it’s expected to an extent.

Super Awesome Quest is a great little dungeon crawler-like that borrows mechanics from Minesweeper to deliver a fun, awesome experience. I might even be tempted to say “super” awesome, but developer Boomzap beat me to the punch.