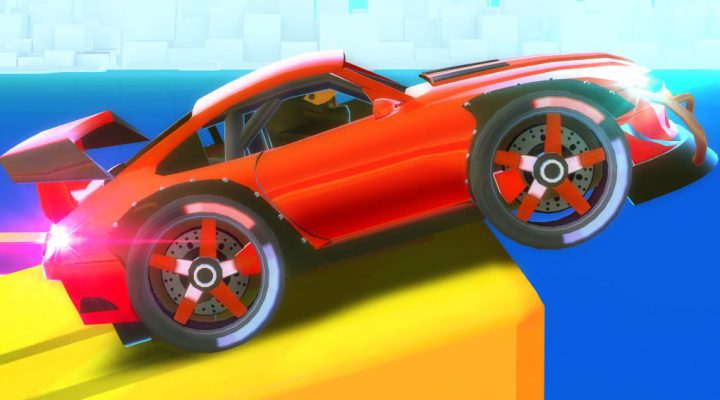 Characters are the perfect balance between cool and fun.

Simple to master track builder that lets you design your own race.

Strange glitch where the sound cuts out in some races.

SUP Multiplayer Racing allows players to push tricked out cars and outrageous drivers to their max on courses designed by both the game’s developers and other users.

The ability of users to create their own dream (or nightmare tracks) helps SUP Multiplayer Racing distinguish itself from the legions of other racing games currently on the market. It may, however, have been a better idea in theory than in practice. The volume of tracks means each race feels unique, but their quality varies wildly. The key to a great race is a great track and where track quality is inconsistent, so is the playing experience. 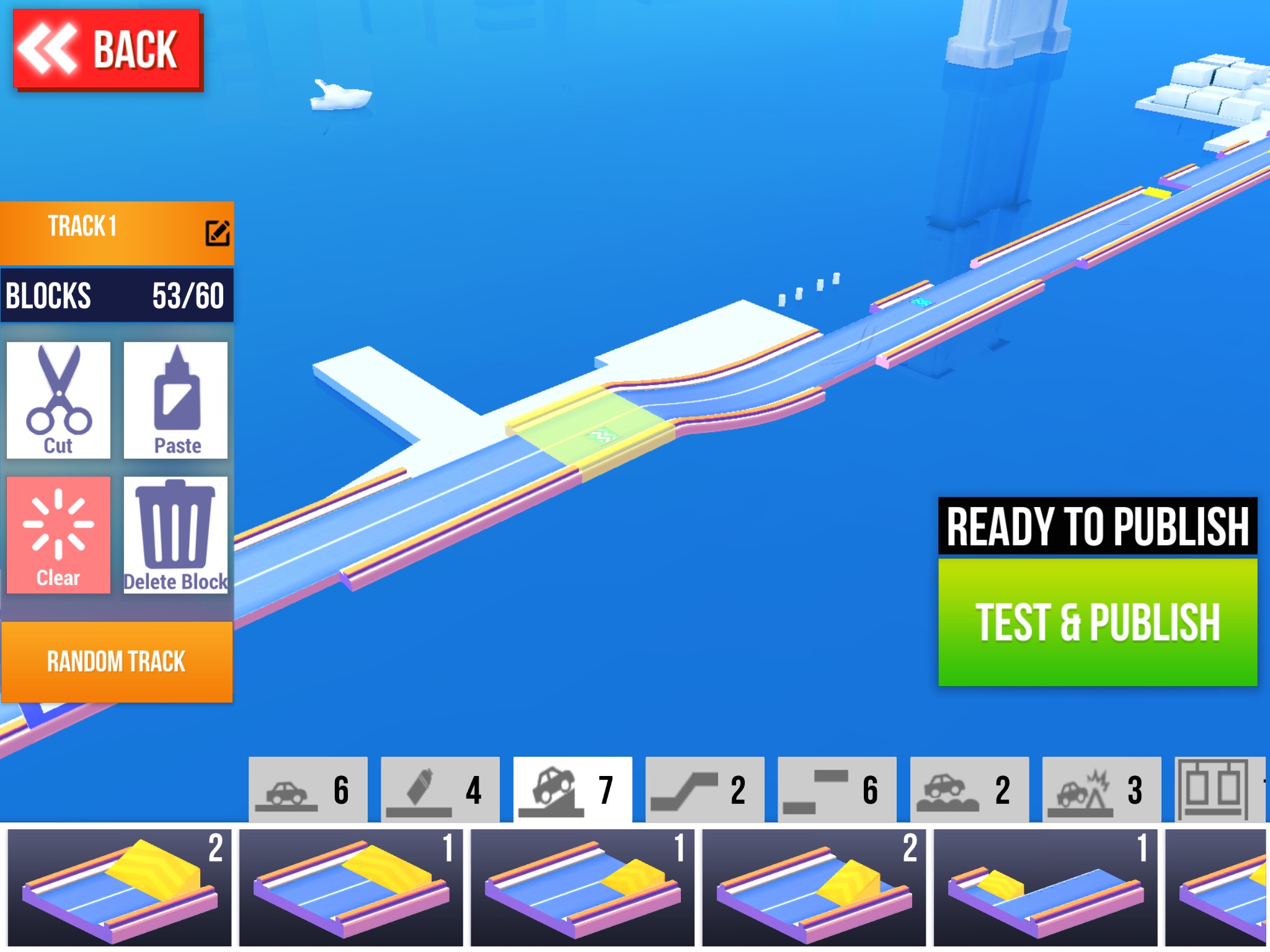 While playing on the tracks designed by others isn’t always the best experience, building your own can be a lot of fun. The track editor is set up to be as simple to use as possible. Simply swap out different parts of the track using the items in the tray at the bottom of the screen to create your very own dream (or nightmare) course. Try avoiding lining up too many ramps in a row unless you want things slowed down to a crawl, but other than that your options seem to be almost limitless. 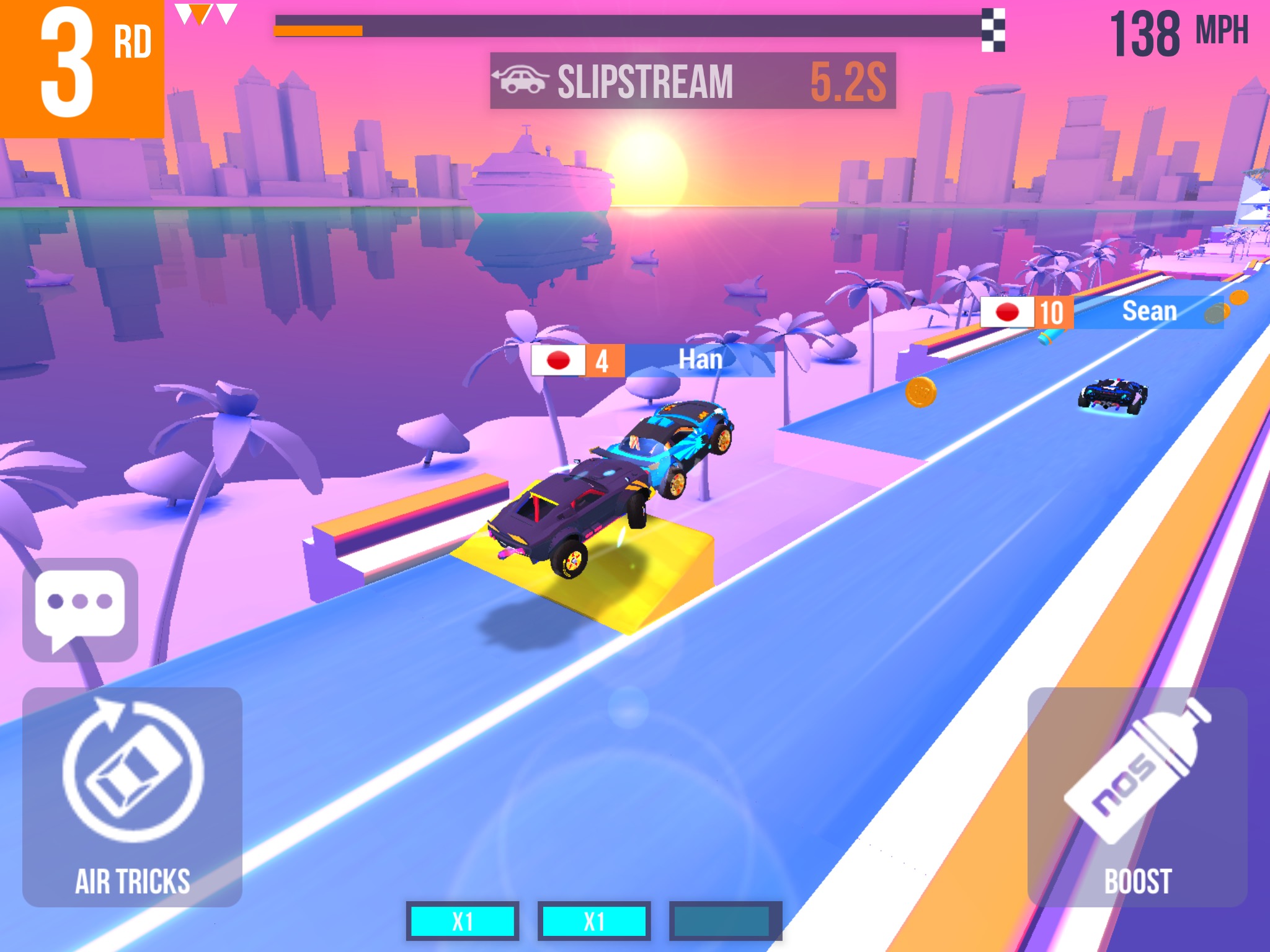 The racing itself is likely going to split players between those who love its simplicity and those who’d like a bit more control. Your range of decisions on the track are limited to applying your booster and changing lanes.

Even so, there’s plenty of neat things that can be done to maneuver into top position. Using little bumps in the track to give you just the bit of boost needed to land on top of an opponent. Bumping the person to your left just as there’s a dip in the guard rail. Applying your boosts liberally on the straightaways and crossing over to block the lane with the most traffic behind you is another little trick that can help push you over the finish line first. 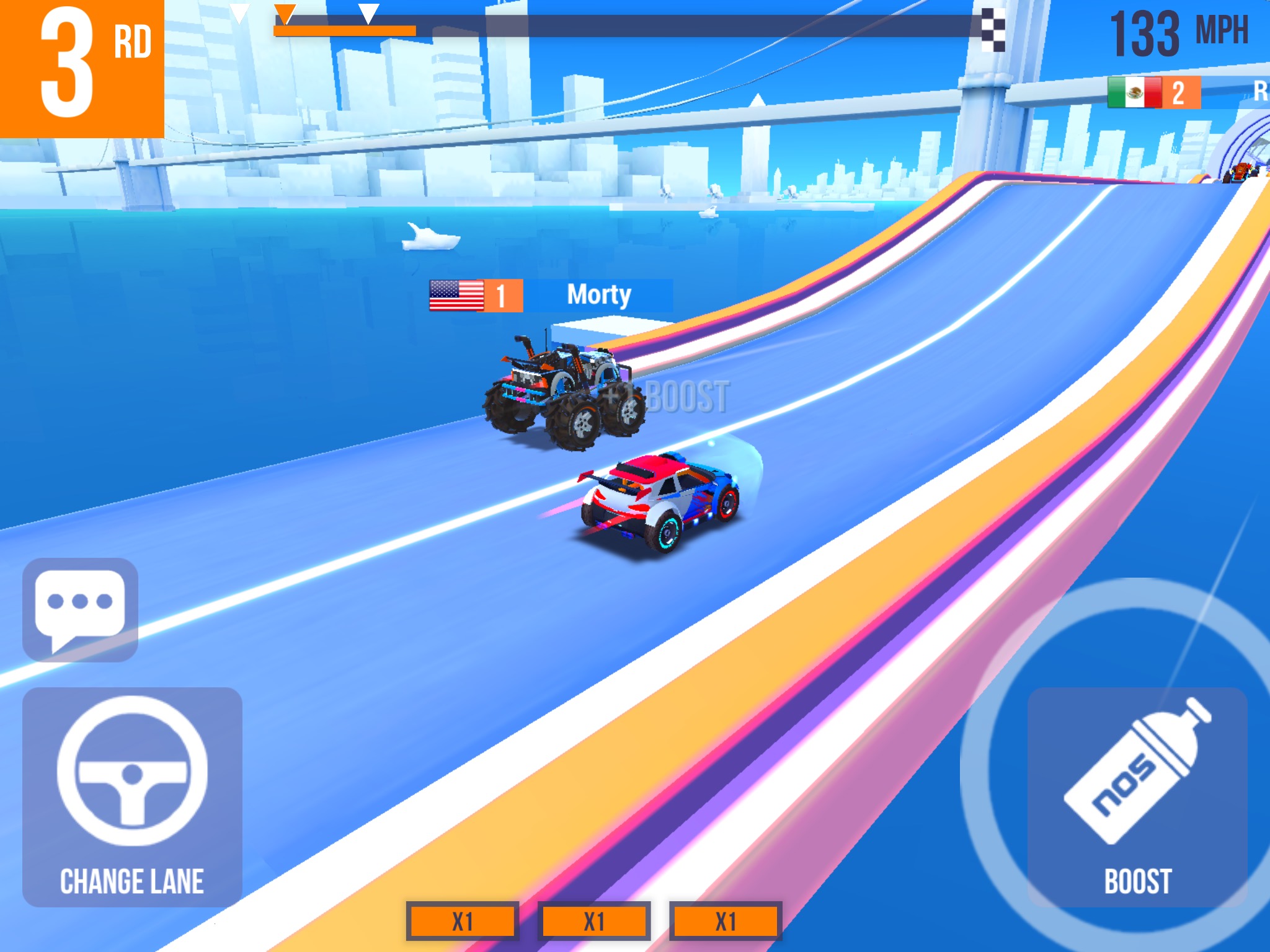 The graphics in SUP Multiplayer Racing are solid. Within the races themselves, they are reminiscent of what you’d see in PlayStation-era Hot Wheels Turbo Racing (still possibly the best arcade racing experience of all time). More impressive are the cartoon characters that feature in the game’s cutscenes and menus. They manage to capture the textural warmth found with Clash of Clans/Clash Royale, but with a solid helping of rugged cheekiness. These characters wouldn’t be the kind of folks you’d be eager to bring home to your parents. 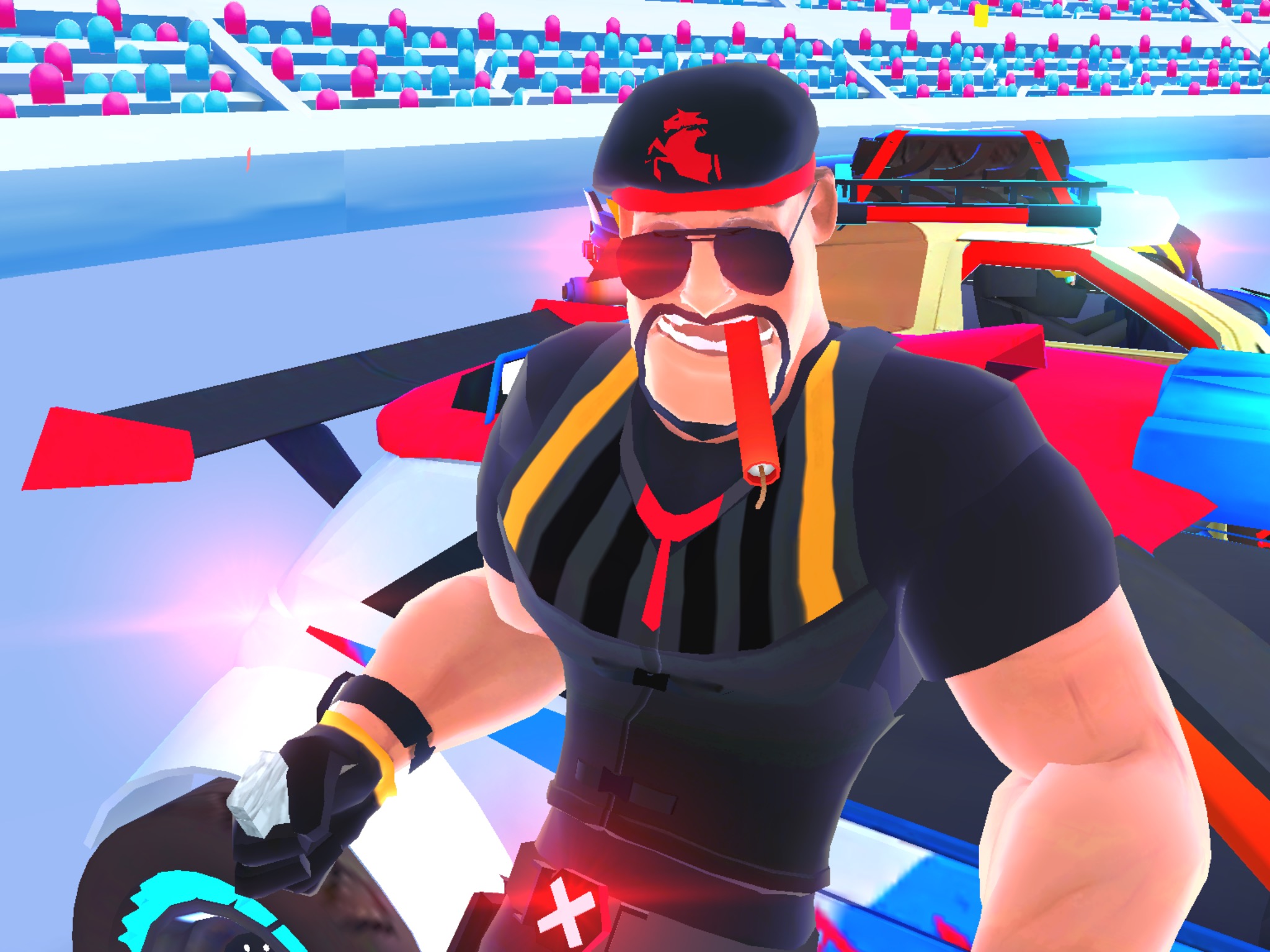 If you’re from a small country typically ignored by video game developers, there’s one small feature of this game that might make you a fan even if the gameplay itself doesn’t blow you away. In SUP Multiplayer Racing, all players fly under their country’s flag. While the default appears to be the United States, if you go to the profile member it can be swapped out for any nation. Even the flags of the constituent nations of the United Kingdom are available here, so if you identify as Northern Irish this might be your one and only chance to race under the Ulster Banner (for better or for worse). 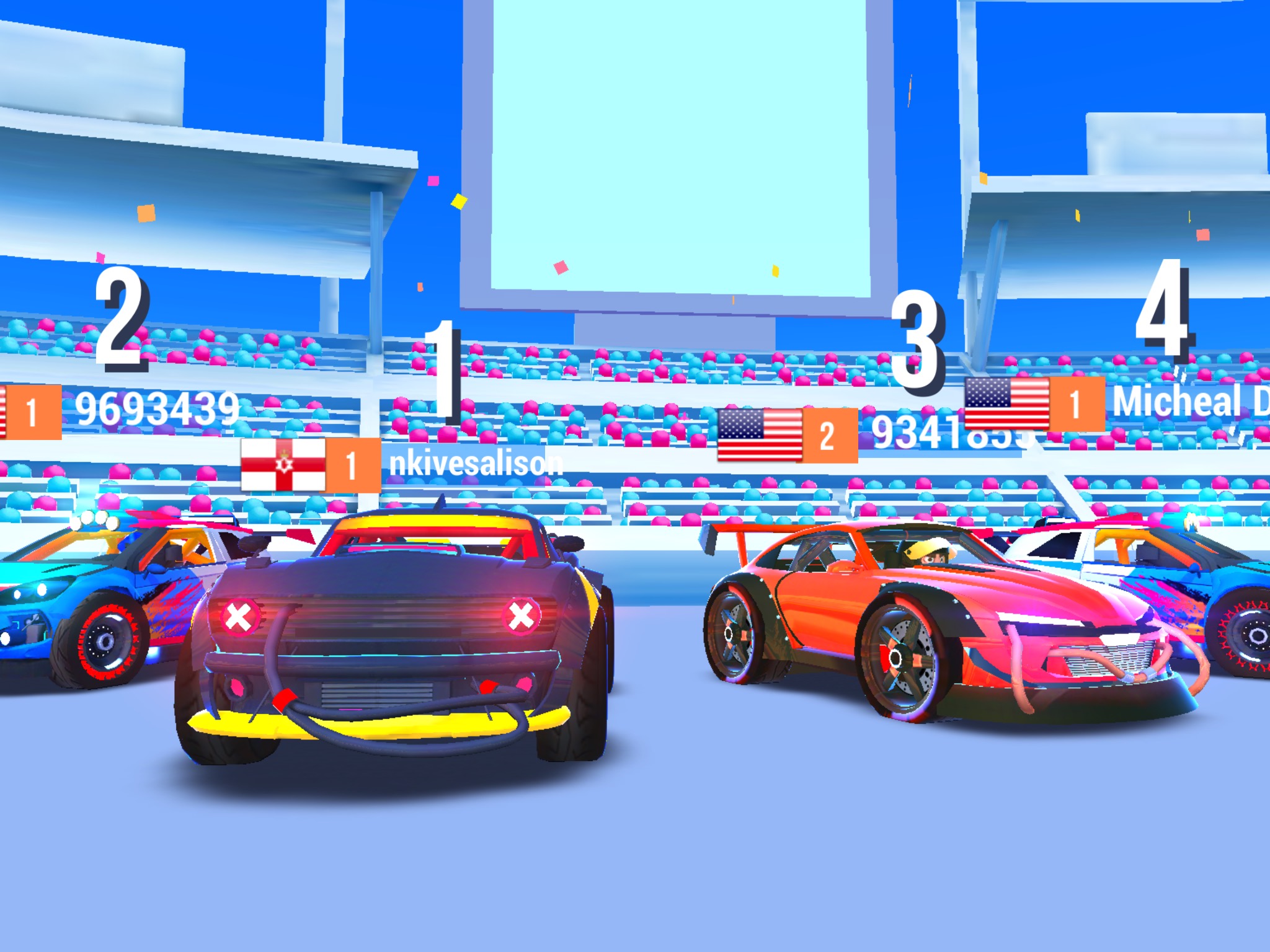 Oddly, while the game performs fairly smoothly in all other regards, there seems to be a sound glitch that causes the effects to cut out during some races (there doesn’t appear to be a pattern). Fortunately, it’s the kind of game that you can just as easily play with the sound off as on (great for those of us who prefer to choose our own driving tunes). 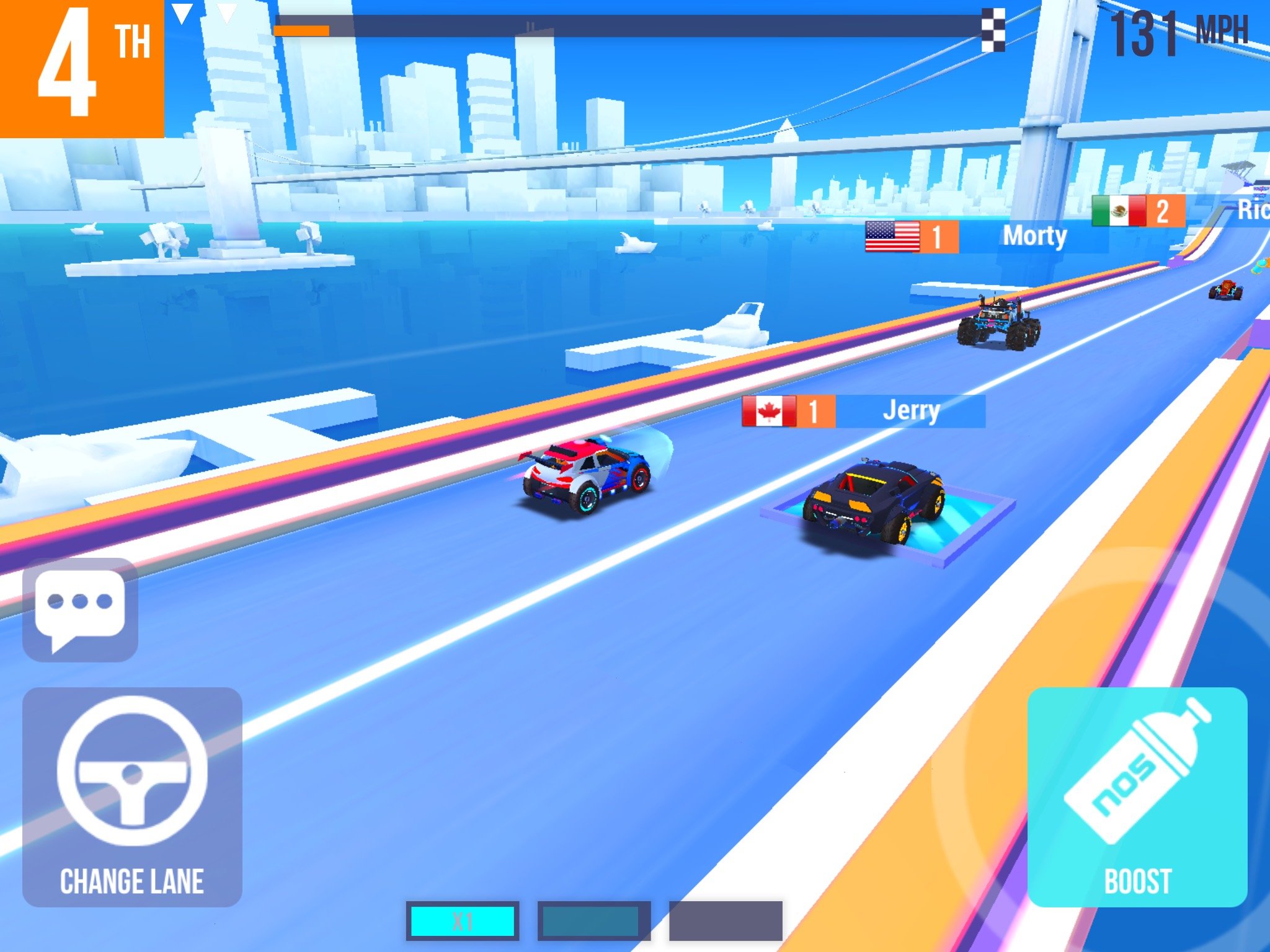 SUP Multiplayer Racing isn’t going to be the most amazing racing game you’ll ever play. What it can offer, however, is a decent amount of fun with pretty cool customization. It’s free-to-play (with all that implies), so there isn’t anything to lose by giving it a go, even if it’s just a quick run down the track. Plus, with two button controls, it’s the kind of game the whole family can enjoy, from grandad to your favourite kindergartener.

Reckless Getaway 2 Review: Does What it Says