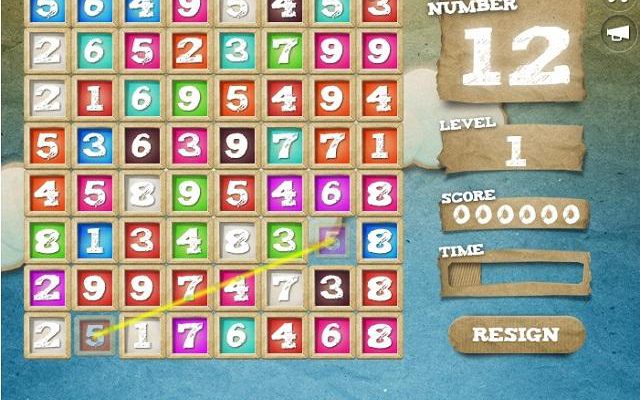 Ideateca’s Sumon is a math-based spin on puzzle games that goes far beyond the bounds of your usual match-3 gameplay. In Sumon, players need to add up blocks on a field numbered from one to nine so that they equal a randomly chosen target number, usually between 11 and 15. Where most puzzle games online ask you to match blocks that are adjacent to each other somehow, Sumon encourages players to match blocks regardless of where they are on the field. In fact, the farther away the blocks are when you match them, the better your score.

This inversion of typical puzzle game logic is liberating at first, but it also makes Sumon into a game that’s fundamentally unsatisfying. Once you pick up the knack of quickly finding the right sums of numbers on the board, the game holds no particular challenge. Regardless of game mode, you are likely to begin finding yourself quickly burning through levels with no real end in sight. The game offers three different modes of play, but they’re all too fundamentally similar to liven up the game’s central block-match mechanic. 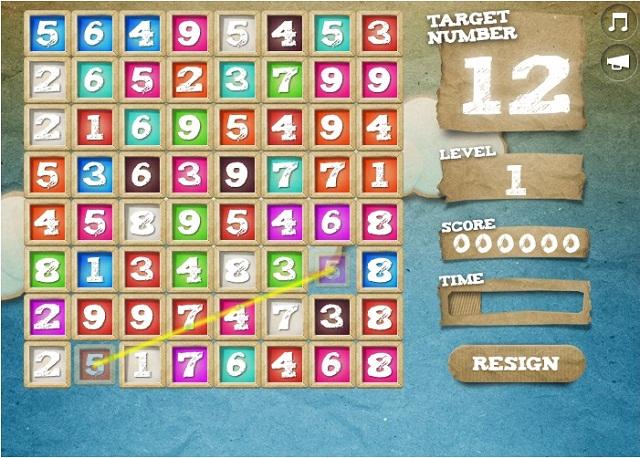 In classic mode, you begin with an eight-by-eight field of blocks and are to keep matching them until you’ve cleared the field. This is quite easy to do and you may find yourself able to play classic mode for literally hours at a time. Progressive mode, which seems to be intended to be even easier, has you begin with a smaller number of blocks that slowly expands as you clear levels. The final mode, respawn mode, begins with a small pyramid of blocks to match. Lines of new blocks drop every so often, so the challenge is to overcome this to clear the board completely. Despite the different rules, playing these modes feels very fundamentally similar.

It’s a pity that it’s not a better-designed game, because it’s one of the best-implemented HTML5 games this reviewer has stumbled across. It runs perfectly through Facebook and is certainly playable enough on the Android handset and iOS device it was tested on. If Sumon‘s central gameplay mechanic was a bit more satisfying, then it’d be a great Tetris-style time-waster that players could easily play across a broad range of devices. The score attack approach the game quietly encourages could be a great inducement to play, with some support like leaderboards. 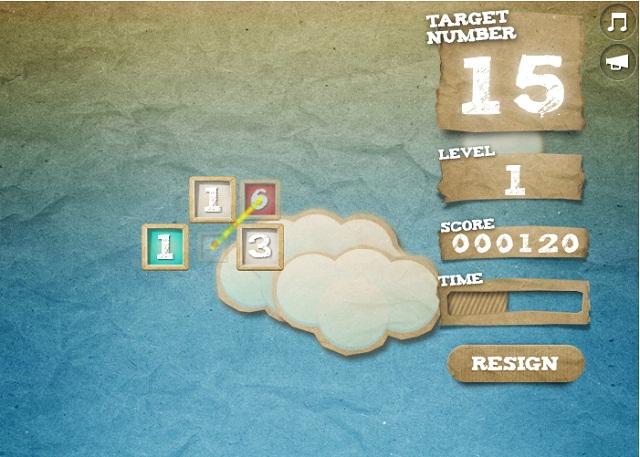 Instead, Sumon is a well-implemented game that’s entertaining for about 20 or 30 minutes. After that, most players are going to figure out how to rapidly make matches without thinking too hard about the math involved. From this point onward the game is effectively broken (or “solved,” to put it another way) and playing Sumon just doesn’t hold any more appeal. If the game could be overhauled to offer more depth, it could be a lot of fun… or maybe Ideateca will just use lessons learned from Sumon to make a better puzzle game down the road.