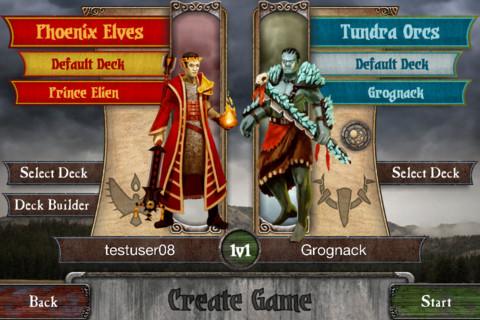 Winning the war for the perfect digital board game

When one of your favorite card or board games comes to the digital platform, what are the necessities? A faithful port, a decent layout, and multiplayer support are a few that come to mind. But for a game phonetic looking for an experience that could even potentially surpass their physical counterpart? Beautiful visuals, depth of multiplayer options, and a significant decrease in price are all dealmakers. In this vein, Summoner Wars for iOS delivers in every possible way.

Most board and card games brought to iOS are revivals of the old classics, such as Le Havre and Catan. Summoner Wars, on the other hand, is extremely young compared to the average digital adaptation. Its 2009 release was met with a good deal of award nominations and praise, and it remains a current and popular board game today.

The concept is similar to several popular collectible card games today: you control an all-powerful summoner with the ability to cast deadly magic and bring impressive warriors to fight your battles. It uses a card-based mechanic for building magic and summoning new cards, but each card is placed on a grid-based field, creating a physical strategy on top of smart resource management. Think Magic the Gathering meets any game with the word “tactics” in it.

Long story short, the iPad is the perfect home for Summoner Wars. An entire table with dozens of moving cards is condensed to a single, beautiful screen. Managing the field, your hand, the discard, die rolls, and every other aspect of the game is a breeze. Every card in play has all of its major statistics visible from the field view, and any further abilities can be read with a simple double tap.

It’s during these moments of full view that I began to notice something: these cards look really good! Every individual card has a moving background – from sweeping fire to billowing clouds. Then, after double tapping a second time to bring my card back down to the battlefield, I noticed that the effect continued even when the cards were on the battlefield. This, combined with the custom grid artwork for each faction, led me to realize I was playing something more visually appealing than a physical game is capable of.

So it looks great and displays information well. But is it acessable? To answer that question in one word: very. Summoner Wars is free to try, allowing players of any background to see if they’d be interested in the core mechanics before investing a dime. The gameplay tutorial is fantastic: it walks players through every aspect of the game, before finally letting go of the reins to encourage experimentation. Each additional aspect of the game – deckbuilding and online play – comes with its own tutorial as well.

Any player with the free game can play against four different AI opponents (or pass-and-play with a friend) with one army, the Phoenix Elves. If you’ve played enough games and decided that you’re ready to step it up to the big leagues, a single online purchase unlocks online multiplayer. Each of the game’s seven additional decks are available for individual purchase, along with expansions and a neutral mercenary pack. If you’re interested at all in playing this game for long stretches of time, I highly recommend buying the complete “Everything Bundle 1”. You’ll save a ton of money in the long haul, all while owning the game’s complete list of factions and options.

Where Summoner Wars really shines, and begins to make a case for the superiority of digital board games, is in its multiplayer. Ever play an asynchronous game like Hero Academy (or the recently released Outwitters), only to have an opponent that leaves your game stranded once they’ve realized they can’t win? Ever want to ensure that you can play a complete game when you have free time, rather than slugging through a turn-by-turn battle based on your opponent’s free time? Summoner Wars doesn’t deal with any of this. 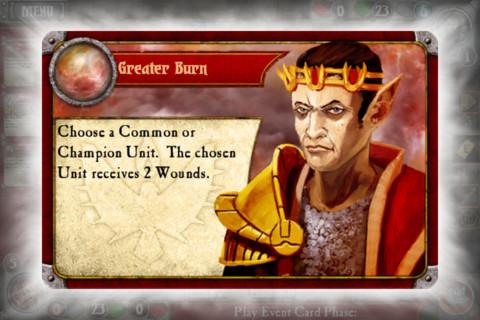 The revolutionary design of multiplayer is in its timed asynchronous play. Whether creating or joining a game, players determine how much time each player can have to play out their turns, just like a chess clock. If either player’s timer hits zero, they lose, encouraging constant play. If you’re in a fix for an immediate game, 15 to 30 minutes is the ideal timer to pursue. Want to micromanage several games at a time on a leisurely pace? Time options extend anywhere from short sessions to two weeks.

And as long as two players are online at the same time, they can complete their game in real time, regardless of how much extra time is on their clock. The system, for lack of any other word, is perfect. 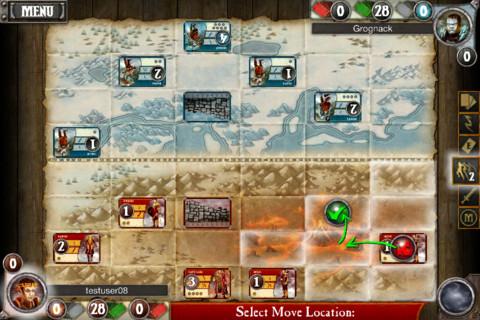 The only thing I can think to rag on Summoner Wars for is that it can often boil down to a luck-based game. Hits and misses for attacks are determined by die rolls, and nothing is more frustrating than playing an excellent strategy, only to miss your attack by rolling terribly. This isn’t even a real complaint, because it also shortens the gap between beginners and experts quite a bit, giving everyone a chance to win. However, if you’re looking for a pure strategy title that always gives the better player the victory, this might not be your cup of tea.

Summoner Wars is likely to become the flagship title in the case for digital board games. It’s cheaper. It’s prettier. Less hassle. Perfect multiplayer that allows you to play as often as you like. If you’re a fan of strategy games, this is a must-buy. And even if you’re not, the game is free to try, and you have nothing to lose.