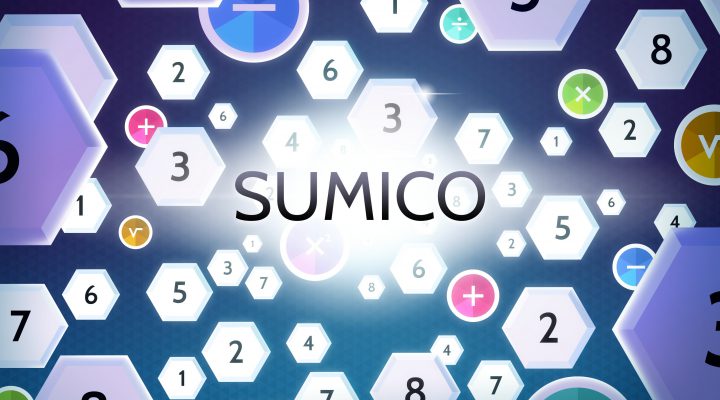 Makes full and varied use of its concept.

The lack of music leaves the experience feeling a bit lifeless.

Everything comes around again – I studied math in college, yet here I am, reviewing a game about math. Thankfully, Sumico is far more entertaining to play around with than most of my college math courses. 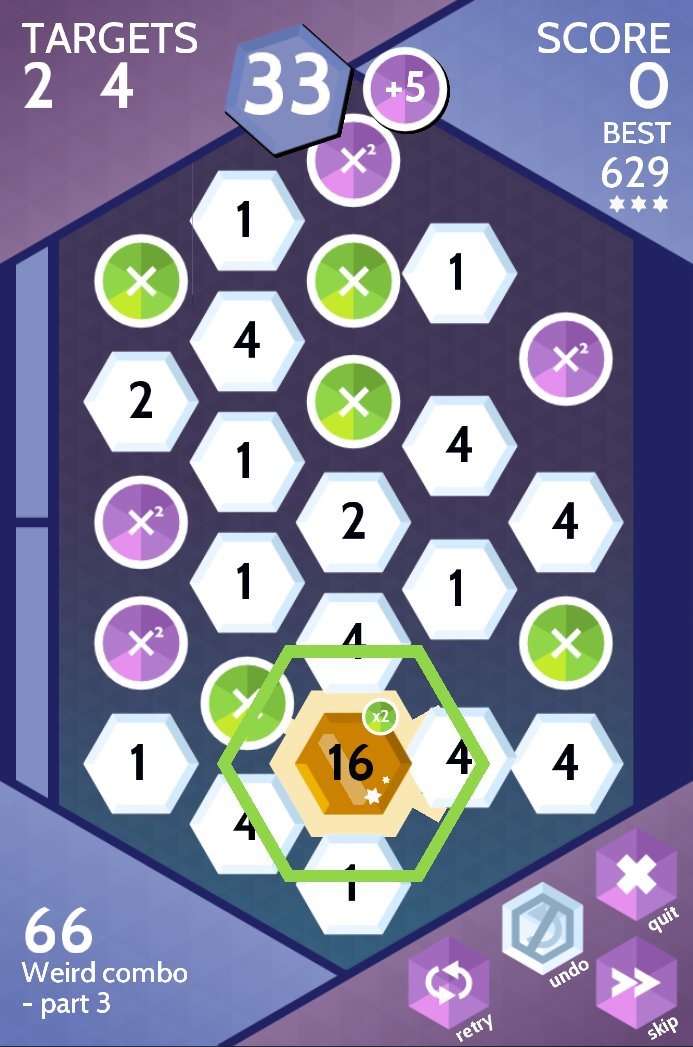 In Sumico, numbers on the game board must be linked by via operations, so a 3 tile connected to a “+” tile that’s to a 4 tile will create a 7 tile.

Those operation tiles are crucial, because without any valid moves, it’s game over. This means that in both Sumico’s campaign and endless modes, smart management of the board is key. One way to do this is to create long chains of numbers, bringing together multiple operations to create single tiles (these operations are performed in sequence, not according to the standard order of operations in mathematics). This has two benefits: one, it can help manipulate the board. Two, the more tiles you use in an operation, the higher your score. The target sums leave behind tiles that are multipliers when used again, too. These are crucial for high scores.

The varied objectives help keep things fresh. For example, the levels with multiple targets require special care, resulting in special scoring opportunities with more multiplier tiles possible. The limited refill levels, where only so many new tiles get added per turn, make long-term planning key. Even the occasional ‘biggest number’ levels require planning and playing with the board in creative ways.

It’s the board itself that makes Sumico tick. The math is basic, but the way that the numbers come together will have you searching for the best possible solutions. When it’s at its best, Sumico really has players paying attention to how the board works. 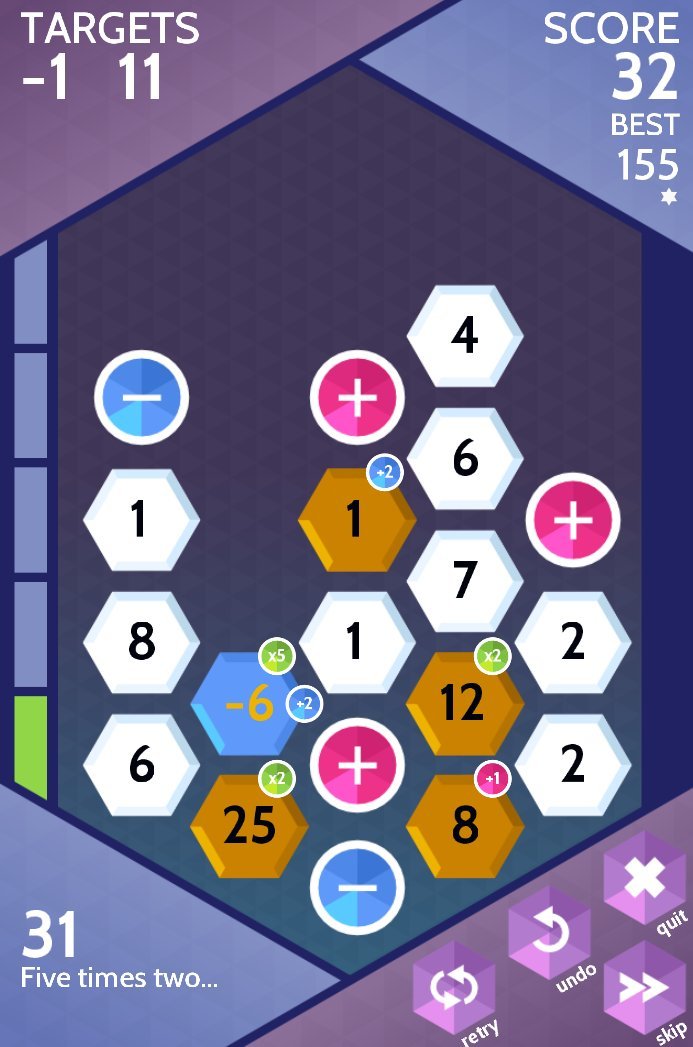 Sumico boasts a solid amount of content: there are 72 levels in the campaign, alongside an endless mode that can be played with multiplication, division, and exponents all individually enabled or disabled. The game does do a good job at balancing its various challenges, so scoring feels even between each mode. Note that each of those functions can be played in endless without unlocking them in campaign – so that may be your first exposure to them.

If I had any nitpick, it’s that I’d almost want to those endless operations locked away until they were exposed in campaign, if only because it would give the game a greater sense of progression.

Sumico also seems to lack any sort of music (though the main menu has a catchy tune). This makes the experience feel rather sparse and lifeless; like it’s not something I can properly sink into without supplying my own soundtrack. And with the controls, I’d like to see what the current sum is while I’m making it. The game supports an undo functionality to a limited degree, but it’d help just to have a simple indicator, rather than doing mental math, of what sum I’m currently adding up to.

Sumico is available for free as an ad-supported download, with a $2.99 IAP to remove ads. The ads appeared infrequently during my time with the game, and there are no additional features unlocked by the IAP, so it’s far from a necessary purchase – but supporting developers of quality products is something we encourage.

Sumico thankfully makes a lot of its concept, and while the experience could use a few minor tweaks, don’t let that hold you back. There’s plenty of puzzling fun to be had here.

Light Apprentice Review: A Journey of a Thousand Miles…