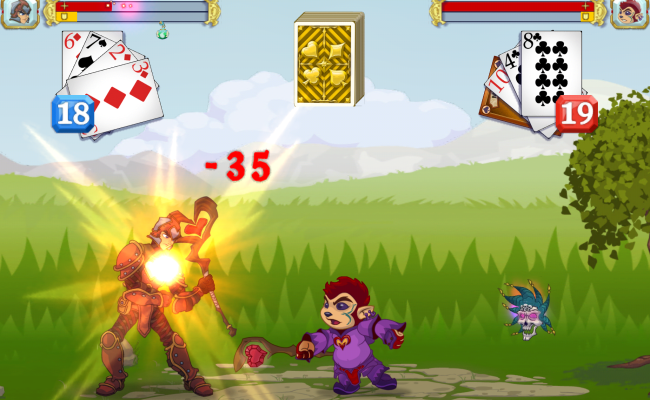 Don’t get caught counting cards in this one

As someone who makes most of his income working in the casino industry, but also enjoys playing and writing about RPGs, I sometimes feel games like Suits and Swords are messing with my head. Splicing together blackjack and a fantasy RPG could be really intriguing. Or it could be a disaster, as splicing in general sometimes is. This game manages to be neither, ending up a middle-of-the-road experience in both content and execution.

Unlike some other casino-RPG hybrids, having the inhabitants of the Suits and Swords world play blackjack to fight their battles makes some sense. That’s because the whole place is themed like a deck of playing cards, with four distinctly different lands – Heart Union, Diamond Empire, Club Kingdom and Spade Nation – in which to adventure. 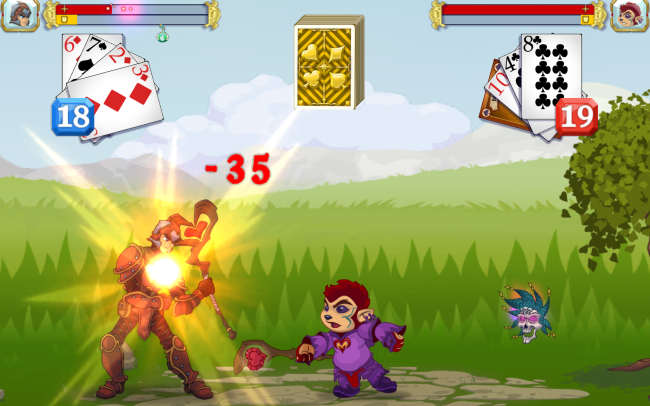 As Captain Black Jack (get it?), you return to find all four nations have come under the sway of the evil Joker. No, not the famous one, but their inspiration is clearly the same. To get to him and set things right, you’ve got to defeat a number of enemies and brainwashed friends by defeating them in head-to-head blackjack play.

Most people know at least the basics of blackjack, so I won’t go into the rules here. Suffice it to say that in each round of play, if you get closer to 21 without going over than your opponent, your character attacks. The reverse is also true, and if both sides bust or have equal totals, it’s a push and no damage is done either way. Better totals do more damage, so a 21 takes away more hit points from an enemy than a 19.

Several real casino blackjack options are available, including doubling down on your first two cards and splitting identical cards into two separate hands. There are also plenty of other wrinkles to a hand that you can’t use in a real gambling hall, like magic cards that can add or subtract points from your total after you stand. I’m pretty sure the floor people at my employer’s place would frown on those. 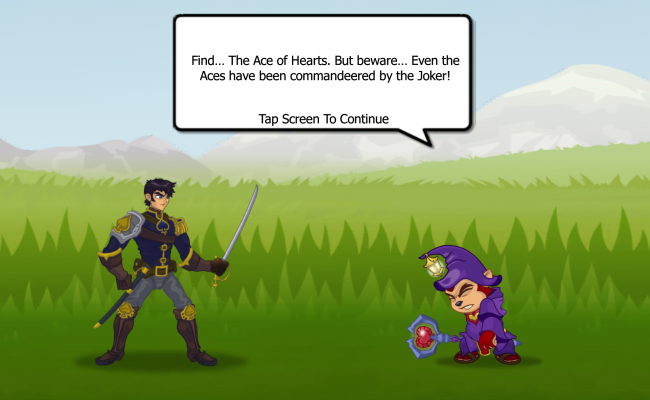 In theory, magic should spice things up quite a bit, and it does add some strategy to the way you play since you can choose gear that either boosts your attack and defense values, or opt for weapons and armor that allow you to use more magic cards or even summon companion characters to lend a hand. But since enemies can use similar tricks, every round turns into something chaotic that rarely resembles “real” blackjack. You almost always need a 20 or 21 to win, the AI makes some strange decisions, and you end up hitting hands you would never hit in real life.

On top of that, some of your magic cards aren’t nearly as useful as they could be because you can only play them until you stand. For instance, there are “attack” cards that allow you to add or subtract points from your opponent, but since you have to play them when only one card is visible in the AI hand, it’s virtually impossible to tell if they will help or hinder your foe. That’s too random for my tastes.

There are also way too many times you’ll just get beaten badly, especially in battles with multiple enemies at once where they swap in after every round. Your choices are to pay a fairy to heal you and continue on or replay the battle again from the beginning. That’s a drag, particularly in the more linear parts of your quest. 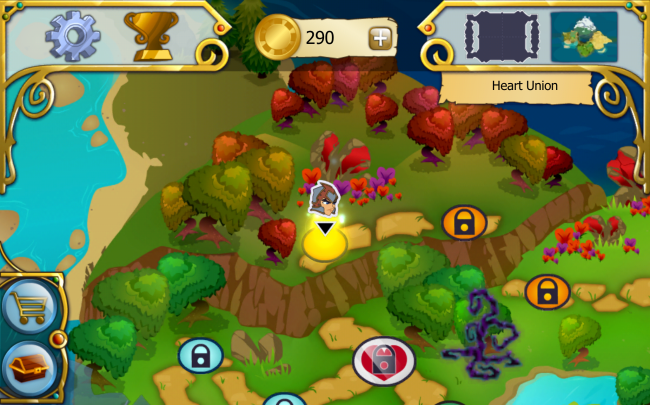 On the plus side, gear selection is good and gets better as you go, and real-money gold purchases can get you the better stuff faster if you’re so inclined. The devs at n-Space also populated their playing card world with interesting character designs, at least as long as you can forgive some of the pun-dependent names.

The graphics aren’t as hot. Everything seems a little stiffly animated and not as sharp as it could be. I’m not sure I’d go as far as some people and say it feels like a Flash game, but saying it’s a step behind at a time when mobile and tablet games are constantly improving in this area isn’t unfair.

Whether it’s personal or not (and I’d be pretty egotistical to think that it is!), I’m sure people are going to keep combining RPGs and casino games, and hopefully someday one of them will flat out blow me away. Until then, Suits and Swords is ready to download for free if you have to have blackjack with your adventuring. And may the cards ever be in your favor if you do.

Winds of Destiny – Duels of the Magi Review

In Fear I Trust Review