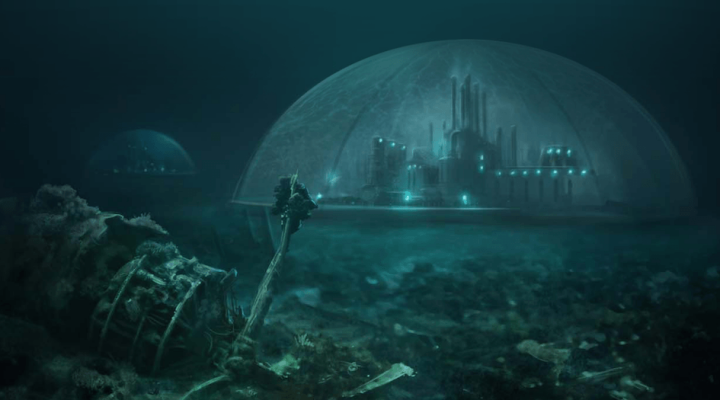 A pretty easy to learn interface

Could use a better in-game tutorial

Subterfuge is a real time strategy game in the very strictest sense. The description claims that matches can take up to a week to finish, and it requires diplomacy as much as it does strategic mastery. As you can probably imagine, it’s not exactly all it’s cracked up to be.

The way to win a game of Subterfuge is to be the first player to accumulate a total of 200 “Neptunium.” Or be the last one standing. Of course it’s a little more complicated than that when you factor in things like taking over factories to produce larger fleets of submarines, hiring specialists to give you various advantages and perks, send groups of subs out to conquer new areas, and conspiring with other players behind everyone else’s back. Assuming any players opt in to the whole diplomacy thing, anyway. 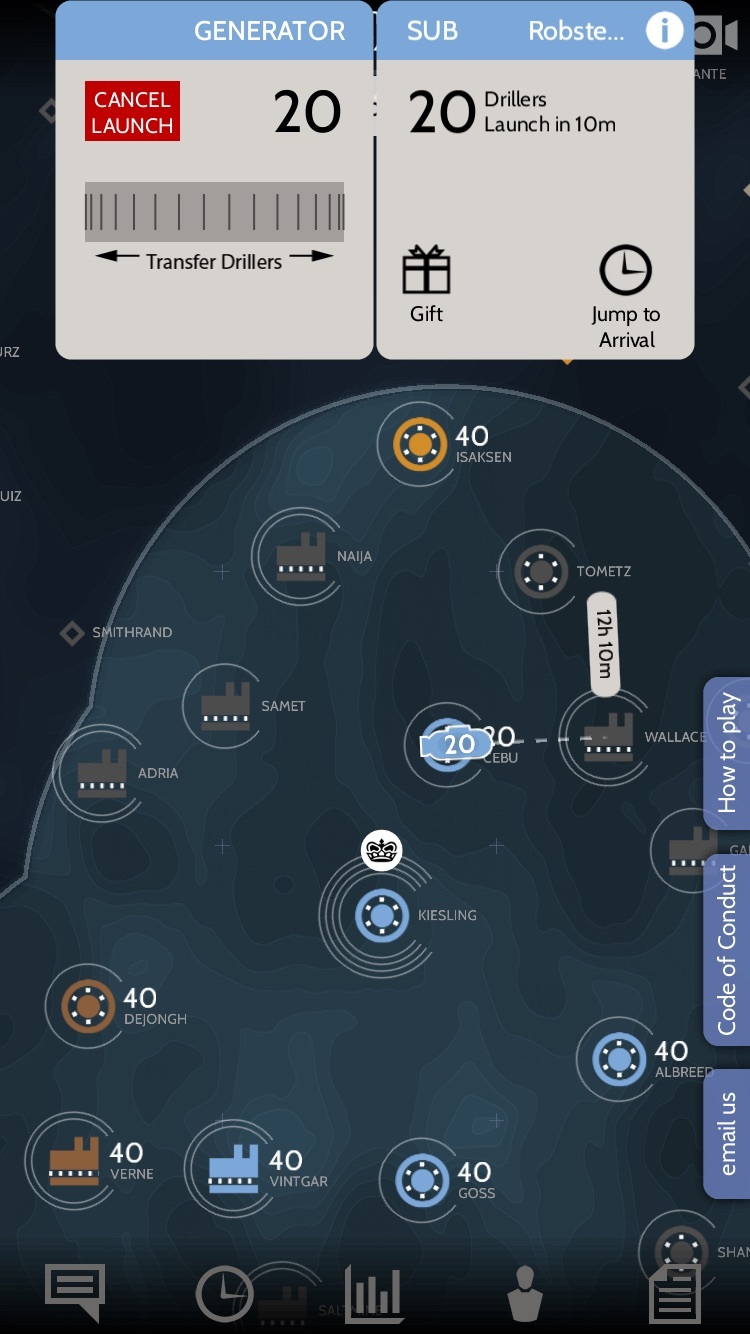 Most of Subterfuge is simply figuring out how many subs to send where, while occasionally throwing a specialist into the mix. What’s interesting and simultaneously irritating about this is that it takes hours (I mean hours) of real time for them to reach their destination. On the one hand this means that you can jump in and issue orders at your leisure, with no real pressure to play on anyone’s schedule but your own. On the other hand it can take upwards of eight hours for something to happen.

Despite the complexities of being a strategy game that’s played in real real time, Subterfuge is actually quite easy to play. Tapping on a location you own and then dragging to another location will create a straight path for your subs to follow, while a dial that pops up can be used to decide how many to send. From there it’s simply a matter of having more subs or a higher overall combat value than your target in order to take it over. But as simple as it is to physically play, it could still benefit from an improved tutorial – preferably one that explains one or two more complex strategies such as staggering sub launches to circumvent certain specialists’ abilities. 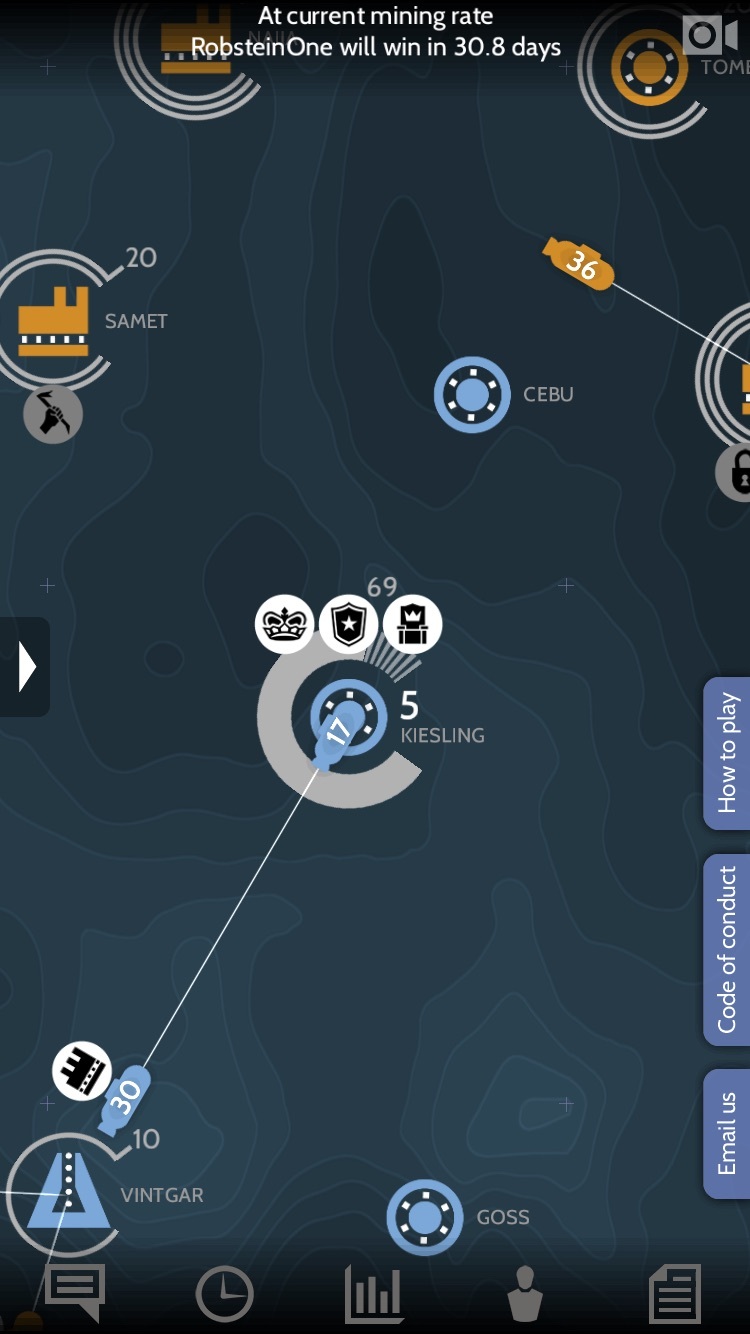 On the topic of advanced strategies, I can’t say I’m fond of how players who don’t pony up the $9.99 for “Level 2 Security Clearance” are limited to a total of four preset orders. I do like that it’s possible to create a sort of schedule of orders for your forces – things like telling a fleet to travel from point to point in succession rather than having to jump into the game every time they reach a waypoint – but limiting your options to a total of four while players who pay can queue up as many as they’d like feels a little unfair.

Subterfuge is a fairly entertaining game for what it is, even with its quirks. I can’t say I’m particularly into the idea of spending another week+ shuffling submersibles around an abstract map but I can definitely see how it might appeal to others. I’d say if you like your strategy to be heavy on the real time stuff there’s no harm in giving it a look.