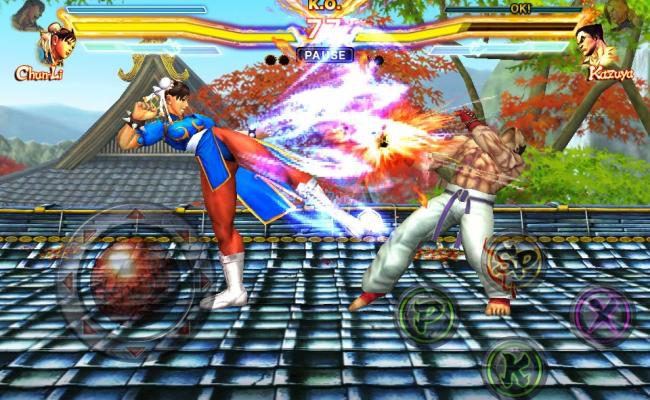 Like a flurry of Dhalism punches, this one’s full of hits and misses.

Fighting games are slowly moving into their own on mobile devices, and it’s all a great deal because of the work Capcom has done. They began with Street Fighter IV, upped the ante with the fantastic Street Fighter IV: Volt, and have had a hard time topping the formula since. And with good reason: Volt does everything a mobile fighting game needs, from controls to multiplayer. With the new Street Fighter X Tekken Mobile, we had our fingers crossed that we’d see that Volt magic one more time.

With Street Fighter X Tekken Mobile, Capcom is delivering a smaller bite-sized version of its recent console release. Players create teams of two characters (in this version, one of those two characters plays the role of support), and duke it out to become champion of the multi-franchise fighting game universe. You’ll see a few familiar faces, such as Street Fighter‘s Ryu and Tekken‘s Kazuya, but the supporting cast of just ten characters is pretty slim.

Visually, the game is very likely the best-looking mobile fighter to date. It’s a little disheartening to see a movement away from the console version’s stylized cell-shading, but the 3D models for each character still look great. Animations are fluid, and perhaps most impressively, each of the game’s colorful levels is constantly animated as well. Neon lights and moving dinosaurs are just a few of the impressive sights you can join as you battle.

Gameplay feels similar to Volt, with the game’s attack and specials mapped out on touch screen buttons. The touch screen will never replace the purity of a solid controller or joystick, but it’s definitely nothing to complain about, either. Movement is slick, and pulling off tag-team combos is a breeze.

Street Fighter X Tekken Mobile doesn’t cost anything close to its console counterpart, but it’s not a free app either. With this in consideration, it’s mind-boggling that the game centers so much attention on in-app purchases. This isn’t unheard of for a paid app (see the incredibly successful Infinity Blade for similar transactions), but the process feels entirely out of place for a genre focused on skill-based competition. 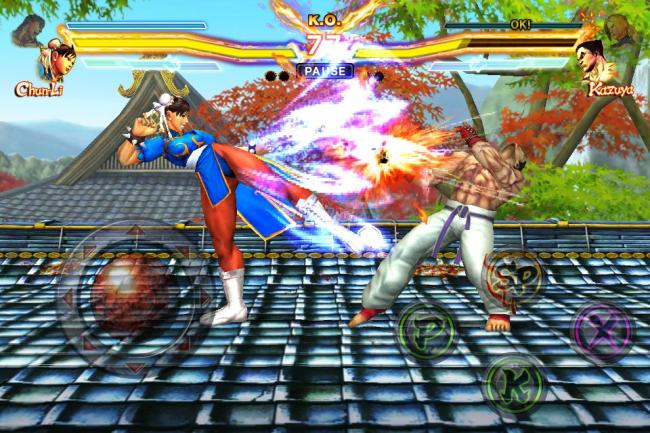 The first attempt to pull from our wallets is through the game’s new “Pandora’s Box” element. These boxes, which can be equipped in three separate slots, allow different bonuses to both your Pandora Mode and Gem Roulette. These modifiers can be purchased slowly over time by accumulating a free currency, but paying for gold and getting the best gear will always be the best option. The boosts these boxes provide won’t lead games into auto-losses, but they provide enough help to launch combos and Pandora Mode that they become a necessity for competitive play.

The second (and in my opinion, the most frustrating) cash grab is the game’s limited Vs. matches. Players have an energy meter similar to the ones that you would find in most social building games on Facebook. Every time you lose a ranked online match, you lose one of your available matches. Once you’ve spent your limited amount of available online games, you’ll either have to wait (or buy) until the meter is full again. 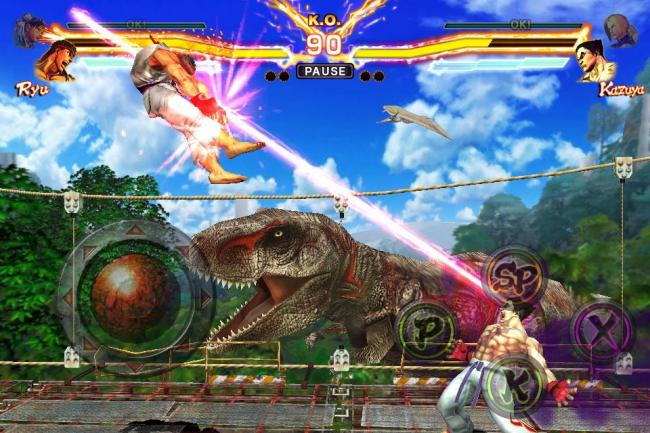 These two systems were likely designed hand in hand, and it’s extremely frustrating. New players are clearly going to be the most prone to losing, and thus feel pushed into buying better gear to compete and play for longer streaks. The wait to refresh for new games is long, and the game’s shallow single player modes offer little more than simple AI matches to pass the time while you wait for the real fun part of the experience.

Capcom has produced a fantastic gameplay and graphics engine, but its greedy microtransactions will leave a sour taste in any fighting game fan’s mouth. In the end, Street Fighter X Tekken is a difficult game to wholeheartedly recommend, especially when you consider that Volt has twice the characters and unlimited multiplayer matches. If you’re craving a shiny new fighting game, Street Fighter X Tekken is definitely pretty, but know that the entry cost won’t be the last time you’ll have to purchase something for an optimal experience.