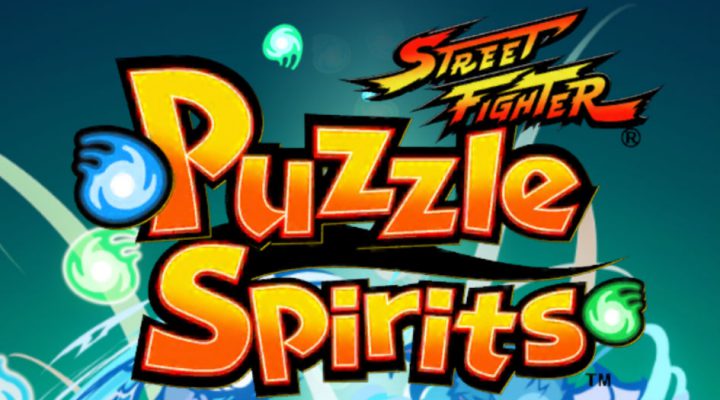 A bright and smart puzzler.

More than one interesting twist.

Not your average App Store puzzler.

And you'll probably wish it was.

But if you’re not clinging on to any of that horrible hope stuff, you’re likely to find that Puzzle Spirits is going to keep you entertained for a while. It’s a mix of interesting ideas that sort of riffs on Puzzle Fighter, but throws in a bunch of more mobile-centric concepts as well. Cards to collect! Gacha machines to spin! Loads of other bits and bobs!

While it lacks a little meat on its bones, it’s still a darn sight sharper and more engaging than a lot of other puzzlers you could scrape up from the App Store. 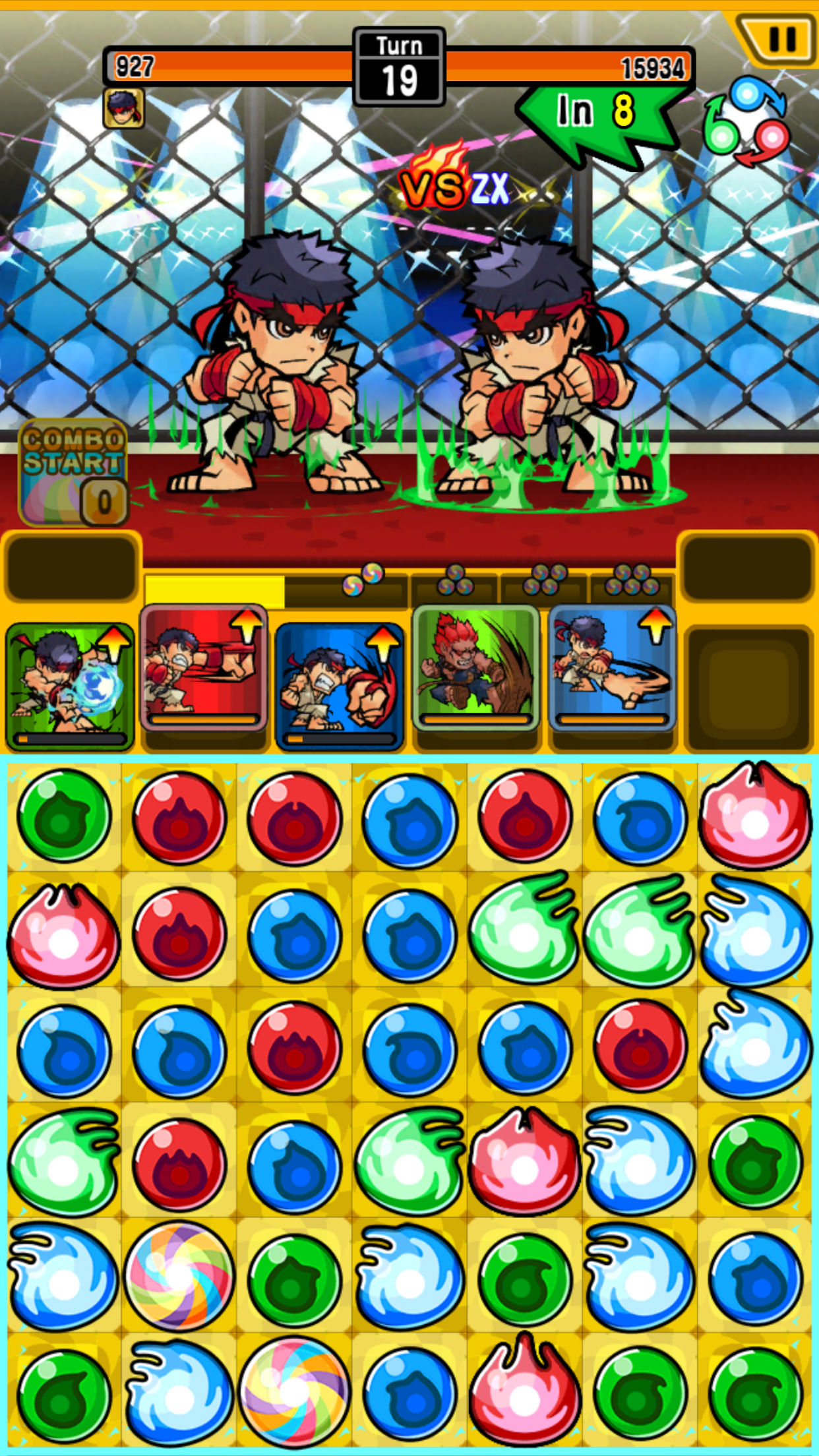 The game sees you picking a character from Street Fighter and then leading them through a series of scraps. The twist is that there’s no punch or kick buttons, just a board of gems that you use to punch and kick your opponent. To clear those gems you just tap any that are next to at least one crystal of the same hue.

You’ve also got a deck of cards along the top of the screen. These are charged up by matching gems that are the same colour as the card. Using a card of a specific hue switches the colour underneath your character. There’s a rock-paper-scissors style system that shows you which colours are stronger and weaker against the others.

Your opponent will throw out attacks after you’ve made a set number of moves. You can see the colour of the attack you’re going to get hit with, so you need to make sure you can get the colour of your character changed so you limit the amount of damage you take when they swing a special punch at you. 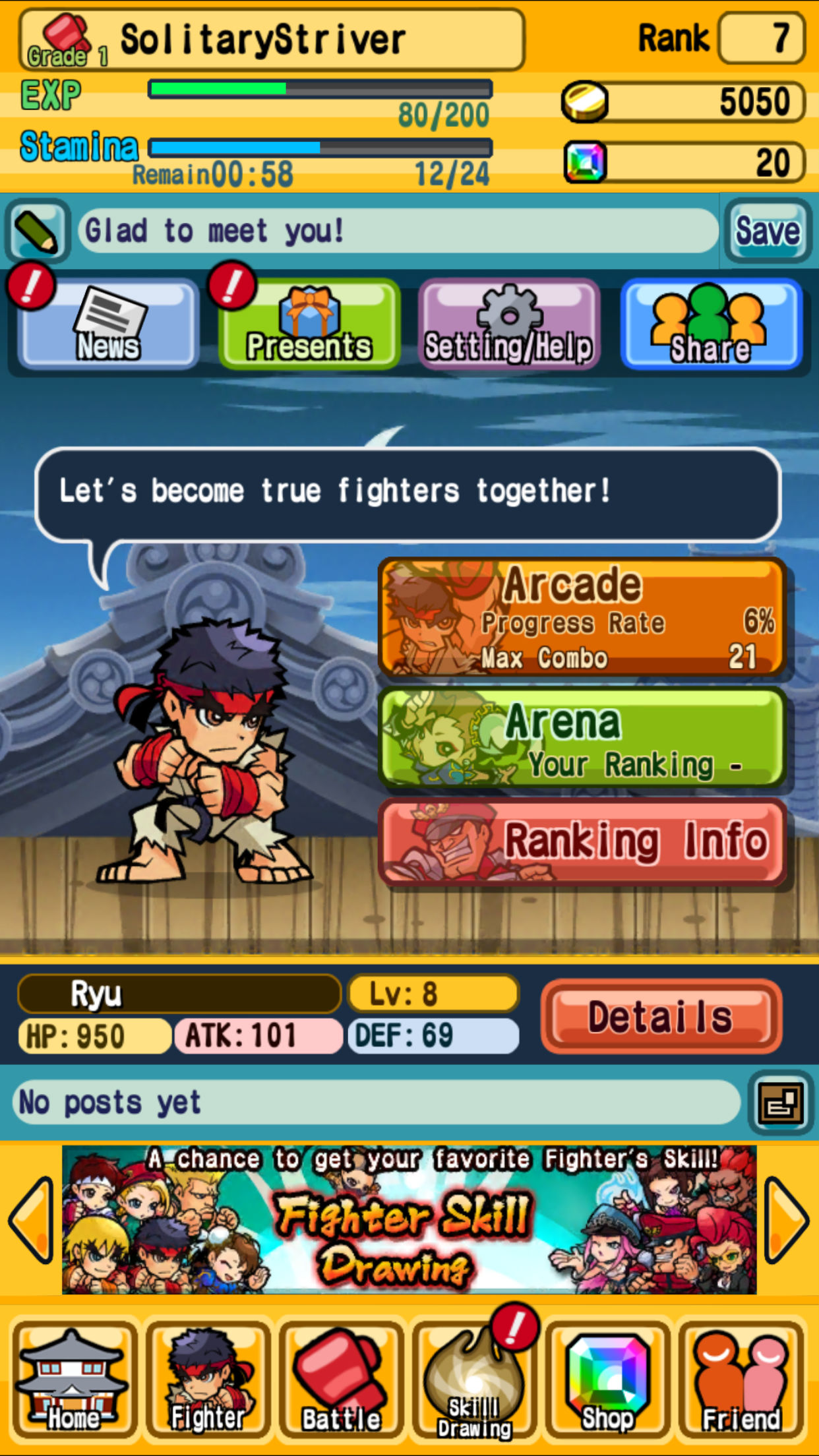 The other twist comes from the combo system. Match two or more spirits and you’ll get a level two spirit in the same hue. Match two of these and you’ll get a rainbow spirit. Last but not least match a couple or more of these and you’ll start a combo. This turns the screen gold, with your first match changing the colour back to normal apart from the tiles directly beneath the chain you cleared. Match again from a gem on those tiles and you’ll make a new track of gold tiles.

So long as you keep matching spirits that are on that ever changing golden strip you can essentially keep your combo going indefinitely. There’s a time limit though, and if you start a match outside of the strip, all the attacks that you’ve stacked will get thrown in the direction of your opponent’s face.

None of these attacks count as a move either, so while you’re matching away, your opponent pretty much just has to stand there and wait for a beating to be smacked down on them. You can extend your combo by chucking together more rainbow spirits as well, pushing out a huge number of blows and causing some serious damage. 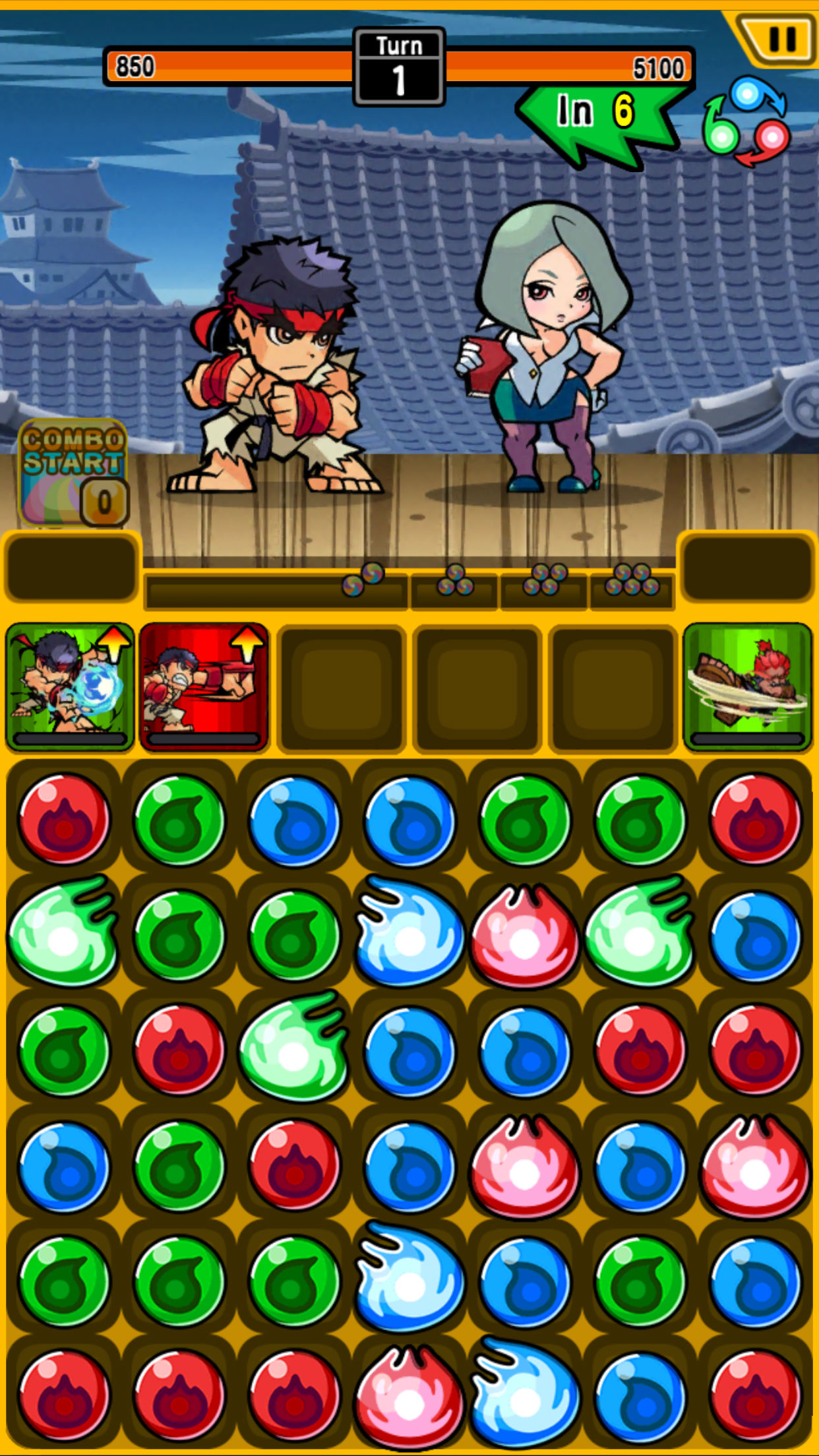 While the game might not have the heart of the original Puzzle Fighter, it’s still an enjoyable diversion. It’s super polished, and some of the animations are guaranteed to put a smile on your face.

And there’s a depth here as well. From collecting new cards and toughening up your character, there’s always something to do — and you’re going to have a lot of fun while you’re doing it. Even if you’re a little worried the game might tarnish your memory of Puzzle Fighter, pick it up and give it a go. You might find yourself pleasantly surprised.