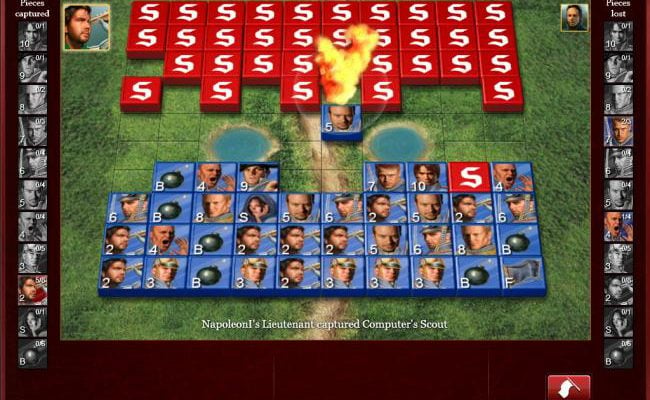 War has never been more portable!

If you’ve never played Stratego before, well friend, you’re a little late to the party. It’s a classic board game of capture the flag that’s simple enough to learn quickly, but full of subtle strategies. While it’s been around for ages, it’s never been given a treatment like Jumbo and Keesing Games just put together, playable on iPad or any web browser and with plenty of great new features.

Explaining the complete rules of Stratego issomething I don’t want to get into here, but it’s a little like chess except you don’t know which pieces are which on the other side. Each player has 40 pieces that represent soldiers, with ranks from Scout to Marshall. The object is to capture the other side’s flag, though part of the challenge is actually figuring out where it is. 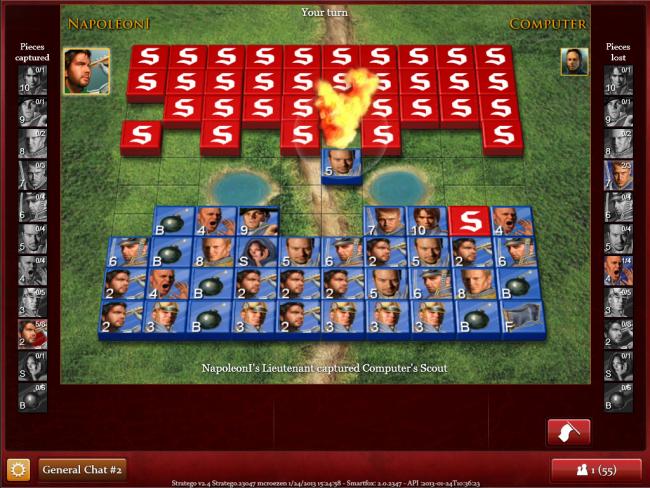 The identity of each piece is only revealed when it tries to capture another piece, making bluffs and a good memory helpful tools to have in your arsenal. Adding to the fun are bombs (which stay stationary but blow up attacking soldiers), Miners (low-ranking troops that can defuse bombs) and Spies (who can assassinate Marshalls but lose to everything else). In one of the few drawbacks of this new online version, there’s no tutorial explaining all of this. The rules are available at Stratego.com, but it almost seems as if the game assumes you already know how to play it.

A single player mode can help you feel your way around against an AI opponent, but the real meat and potatoes here is competing head-to-head against other people. Once you sign up by either using your Facebook credentials or registering your email address, the Quick Arena mode can get you right into the action against a random opponent. These matches can be scaled-down affairs with only 10 pieces per side or the standard 40-on-40 maps, and both are helpful for learning the ropes.

When you’re ready for more serious competition, you’ll find it in Ranked play. Choosing a Ranked match will set you up against someone of a roughly equivalent level for a full 40-piece battle. The game uses the ELO system that awards points for wins and deducts them for losses, with increased rewards for beating someone ranked higher than you (and vice versa if you lose to someone of a lower rank). Win often enough and you can rise through the ladders from Bronze all the way to Platinum. 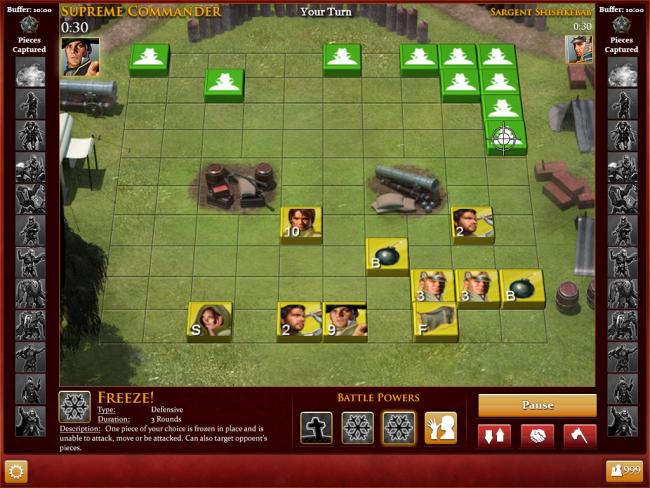 In any mode, Stratego keeps things going at a speedy pace by enforcing a 15-second limit on all moves. A cumulative five-minute buffer is available for times you really have to think. Buttons at the bottom of the screen allow you to surrender or ask for a draw, and a chat window is there in case you want to hash things out with your opponent.

The main lobby has multiple chat channels that include general chat, a challenge zone and a room just for newbies. You can add other players as in-game friends and invite your Facebook buddies to join the fun. Numerous achievements can help you show off your accomplishments in battle, along with others that commemorate milestones for your profile.

Legitimate cross-platform play is also very smooth. There’s virtually no difference playing at Stratego.com or on your iPad, and the controls are equally easy to use either way. The only difference is price: the browser version is free, while the iPad app is a paid download. It’s a bit of a curious dichotomy that makes you feel like you are paying a premium for the convenience of mobile. 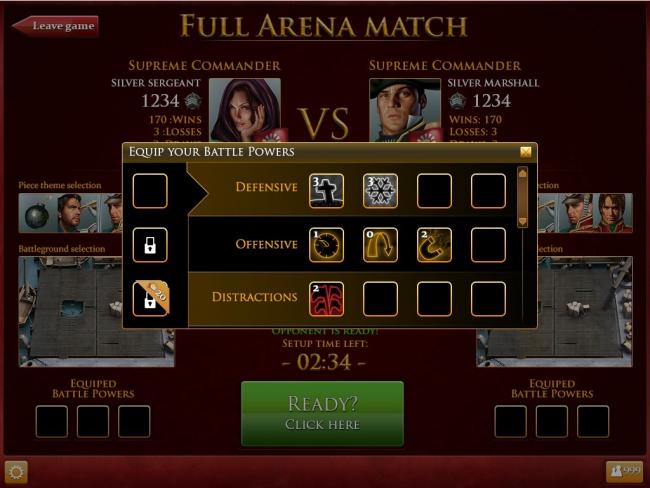 On top of that, there are in-game purchases that can be made using Battle Coins. These cosmetic goodies can change the way your board or pieces look, plus unlock things like profile avatars and more slots to save army set-ups. Nothing is a necessity or something that will help you win, but it’s easy to see why some of the early iPad adopters are chafing at the idea of having more things to buy after paying just to have the game.

For anyone wondering what the future might hold for Stratego, it’s exactly that. A sci-fi theme is on the way, complete with a special piece called the Spotter. But even without any additions, this is almost exactly what you want out of a board game adaptation. It’s faithful to the original, yet takes advantage of today’s technology to broaden the experience and help players find opponents. Do yourself a favor and don’t miss out on it this time around.