Stranger Things: The Game Review – The Legend of Eleven 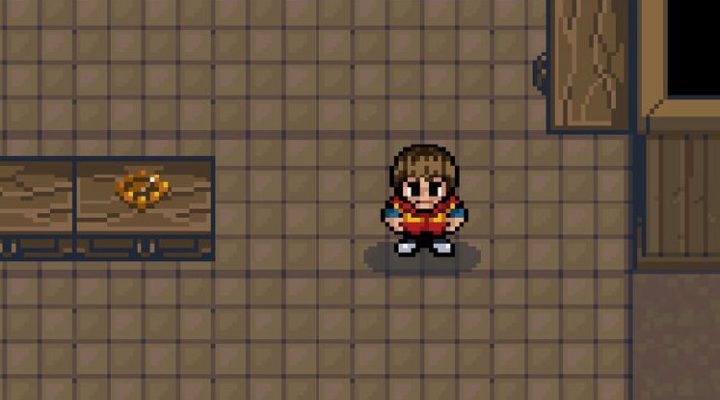 Fantastic throwback to retro adventures like The Legend of Zelda, with tons of puzzles to solve, skills to unlock, and secrets to discover.

Lots of details from and references to Stranger Things and its universe, as well as hints at what's been happening since the end of season one.

A ridiculous amount of content spread across a large overworld and six dungeons for absolutely free.

The lack of exposition may make it difficult for non-Stranger Things fans to understand or get into the story.

The touch controls are a bit finicky at times, especially when trying to shoot a projectile instead of move.

Stranger Things: The Game showed up on the App Store unexpectedly, appearing like a mysterious visitor from another dimension. As a collaboration between developer BonusXP and Netflix itself, this completely free gift to fans of the series is filled with characters, locations, and references from the show in the style of a 16-bit adventure game. The town of Hawkins is transformed into a collection of dungeons to explore, puzzles to solve, and secrets to uncover that should resonate with players who grew up with, or simply appreciate, the figure-it-out-yourself challenges of games from the 1980s.

You begin the game as Chief of Police Jim Hopper, awoken in the middle of the night to news that Will Byers and his friends are missing. Although the first season of the Netflix series follows the disappearance of Will and the ensuing search, Stranger Things: The Game takes place between seasons one and two and deals with a different—although related—set of events. Because of its timing, the game does contain minor spoilers for the first season and will make the most sense to players who have watched the first eight episodes. 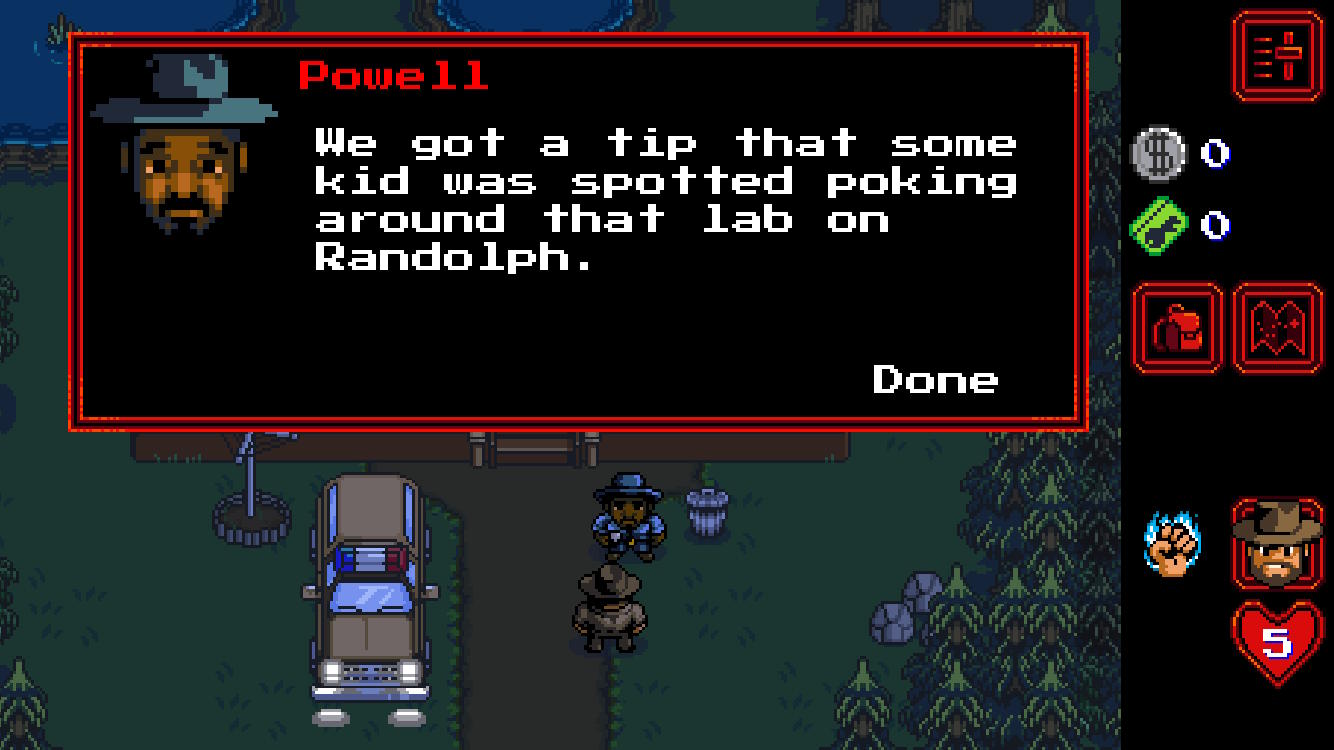 As Hopper, you begin the search at the Hawkins National Laboratory, which acts as the first dungeon of the game. Hawkins Lab is filled with patrolling guards to fight and laser beam puzzles to solve, requiring you to turn off control panels and find keycards to progress through each room. After you find Lucas holed up in a corner of the lab, you can then switch between the two characters freely. Lucas has a ranged attack that allows him to shoot distant enemies and objects, reaching control panels that Hopper could not with his melee punch and accessing new areas of the dungeon.

As you progress through the game, you’ll gather additional characters with their own unique skills. These characters are similar to the different items Link collects in The Legend of Zelda: they allow you to solve new puzzles and reach previously inaccessible areas, and they are usually critical for completing the dungeon where they are discovered. There are also a number of secrets and bonus collectibles that can only be obtained by backtracking to previous dungeons with new characters, but these are entirely optional rewards like extra heart pieces or upgrades for characters’ attacks.

Those dungeons are spaced out across the town of Hawkins, which acts as the overworld map where townspeople NPCs, minor non-dungeon locations, and other secrets are scattered about. There are a number of fetch quests in Stranger Things: The Game which you’ll likely come across as you play and which award similar bonuses to those found in dungeons. These contain a lot of references to the show, from Joyce asking for a new phone to her boss, Melvald, requesting his ledger so he can keep track of all her expenses. Little details throughout hint at what’s been happening since the first season ended, from mentions of Joyce’s new boyfriend to a collection of creepy drawings hanging in Will’s fort in the Mirkwood Forest.

These details should delight fans of the show, but they’ll likely be lost on players being first introduced to the world through the game. Outside of these tidbits and brief indications of which dungeon to head to next, there’s very little exposition in Stranger Things: The Game. You mostly explore the town and solve puzzles, with the spread of entrances to the Upside Down alternate dimension acting as the primary threat that the heroes are trying to figure out. 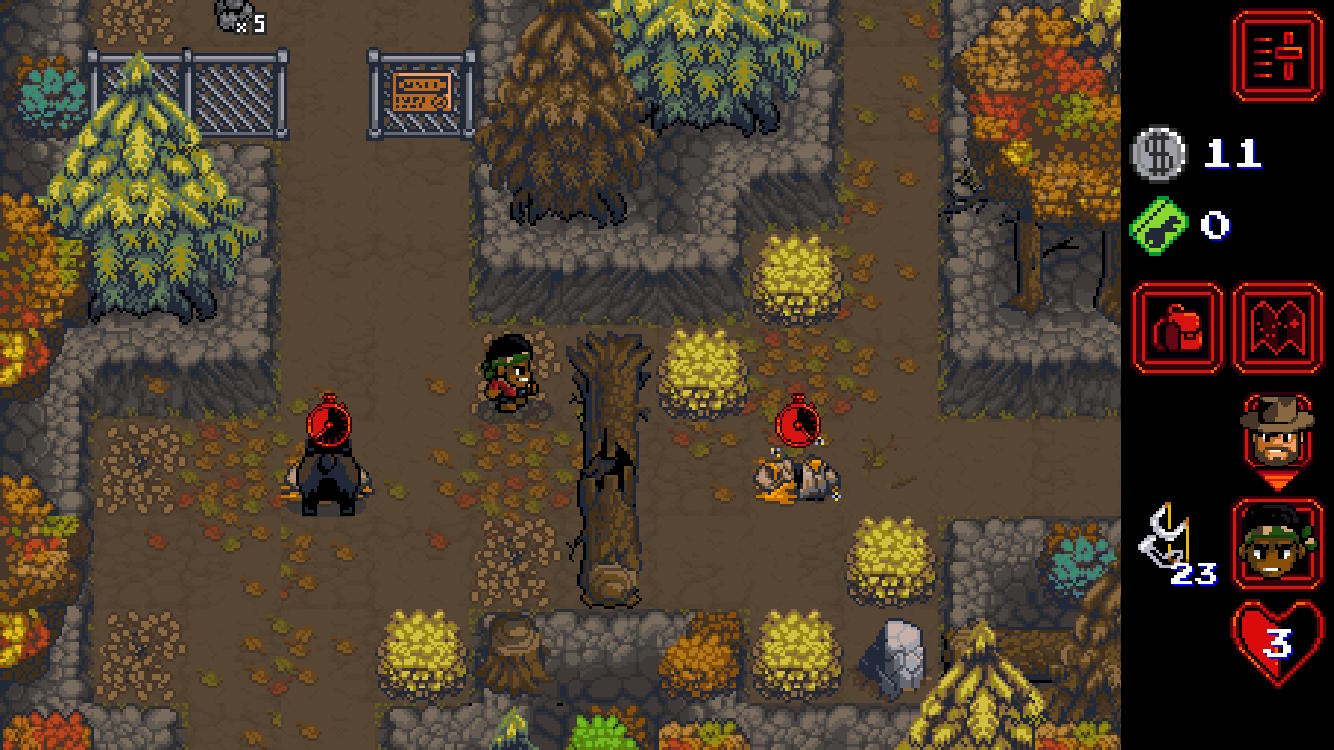 Luckily, those puzzles are interesting and challenging, with later dungeons utilizing each characters’ abilities to their fullest. Each dungeon has a primary type of challenge—such as the laser beam controls in Hawkins Lab or the Sokoban-style button-pressing in the Middle School—that makes each location unique and memorable. The dungeons are long enough to feel expansive and fulfilling when completed, but not so long that they grow old or repetitive. Each one ends in a boss battle that requires its own special approach, although the boss fights are fairly straightforward and less challenging than the dungeons as a whole.

That challenge could be a positive or negative, depending on the player: there are no hints or solutions provided, so if you get stuck on a particular puzzle in a dungeon, the only help available is through looking up a walkthrough. This is appropriate for the throwback style of the game, but may frustrate players used to more modern conveniences. There are also some areas that are a bit tricky to navigate with the touch-to-do-everything controls: sometimes tapping to shoot or throw will result in your character moving to that location instead, which can be frustrating when that location is a deadly enemy or laser beam. We would have appreciated a virtual joystick control option, both for more precise movement and retro propriety. 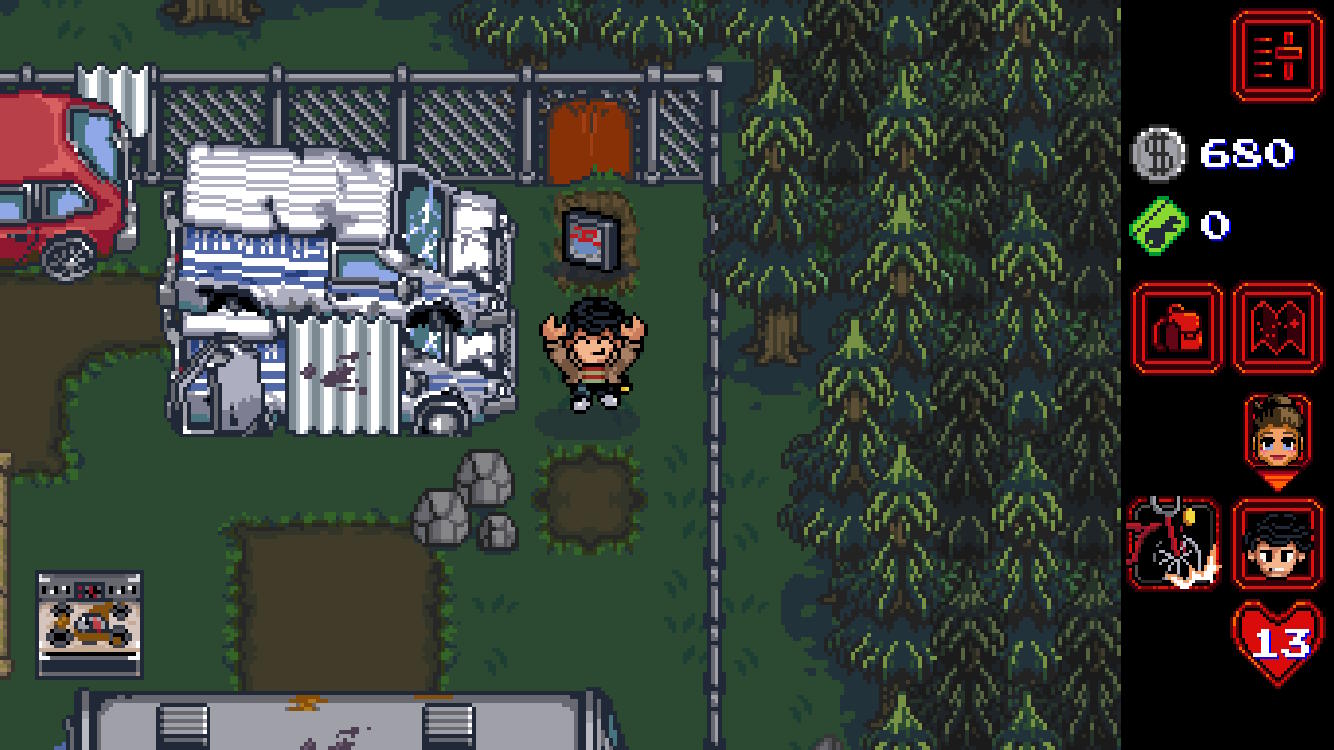 But these are minor issues in a game that is both a fantastic expansion of the Stranger Things universe as well as an homage to video games of the ’80s and ’90s. While The Legend of Zelda is the most strongly represented series, there are nostalgic details throughout from a Super Mario star on the police station to a reference to the E.T.: the Extra-Terrestrial game in the local dump. Little touches, like different dialogues from NPCs depending on who you have selected as your active character, bring the world to life and reward players who explore in depth. The amount of game here—easily six hours plus—is massive for an app that is 100% free without ads or in-app purchases, with each of those hours lovingly crafted by a team that obviously cares about all of its source material. This is a gift to fans of Stranger Things or NES/SNES-era adventures with no strings attached, except the time you’ll inevitably lose once you’re sucked into its world.

The Secret Order: Beyond Time Review – Turn Back the Clock