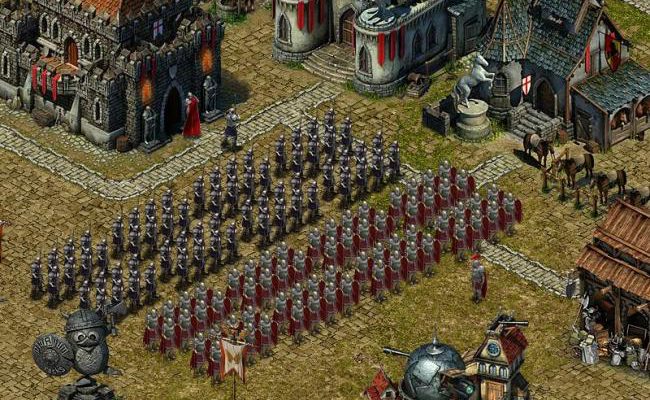 Stormfall makes strategy simple, but does it make it fun?

Most gamers that consider themselves experienced or hardcore dislike casual titles like those found on social networking platforms. The complaint is often that they are too simple or shallow and don’t offer enough challenge. Yet it seems like gamers should be thankful for these types of titles, as they introduce a new crowd of people to a concept that would otherwise be foreign to them. Stormfall: Age of War, for example, sports the graphical style one would expect from a game aimed at the most serious of gamers. Does the play style hold the same or is this a beauty that is only skin deep?

Stormfall puts players in the middle of a land grab between warlords after a kingdom has fallen. The goal of the player is to restore peace, which would probably be easier if the world wasn’t, you know, inhabited by warlords. Those guys never want to try for peace. Nevertheless, you will have to turn the land back to a more prosperous time.

To do so, you’ll engage in a fairly simple style of real-time strategy. This game builds itself up on the tenets of the genre, then tears away some of the more complicated micromanagement elements to create a streamlined game that can be jumped in and out of at will. Starting with a small and battered castle, players will build up a kingdom through resource management, research and battling. If you’ve played a real-time strategy game previously, this probably sounds pretty familiar. 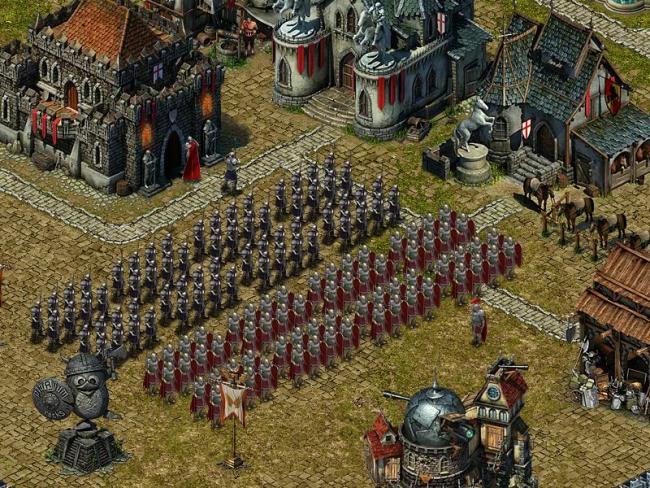 There is a heavy emphasis on story within Stormfall, which is an odd choice for a game that appeals to the casual among us. Quests are given throughout the game, complete with voiceovers and significant blocks of text. The narrator really milks the opportunity to do some voice acting, but the effort is appreciated and it shows a real investment in presentation–though it falls flat at times with well-done-but-cliche artwork and the occasional overriding and out of sync music tracks.

Quests direct you through basic gameplay elements initially and often carry bonuses in the overarching quest of peace in the kingdom. They range from building units to upgrading buildings, both of which are likely considered no-brainers by experienced players but may go overlooked by newcomers to the genre. Pros may be tempted to skip over these tutorial-style quests, but should be prepared to miss out on an abundance of resources that they provide. Don’t worry, though, because Stormfall will give you every opportunity to complete quests with a sizable pop-up that will be too much to ignore. Heed to its insistence and be rewarded with extra items, no matter how obnoxious going through the basic motions of an RTS may be.

Resource management is of course a key part of the game, allowing for kingdom expansion and unit upgrades. However, it’s cash that makes these actions happen faster. Stormfall relies on Sapphires as its currency, which can be earned, purchased, or added by completing offers. The interesting way that this title handles the currency conundrum is by placing a premium on what Sapphires can do. They’ll speed up the building process like any premium currency, but they’re also the only way one can build Imperial units. While you can earn Sapphires by completing quests, you can’t earn enough to both build a firm defense around your facilities and speed up the research and development of your other projects. You’ll either be doing a lot of waiting or a lot of manual defending, neither of which are all that fun. You can earn a fair amount of Sapphires through standard gameplay, but it’ll take quite the grind to keep all parts of your kingdom firing fully. 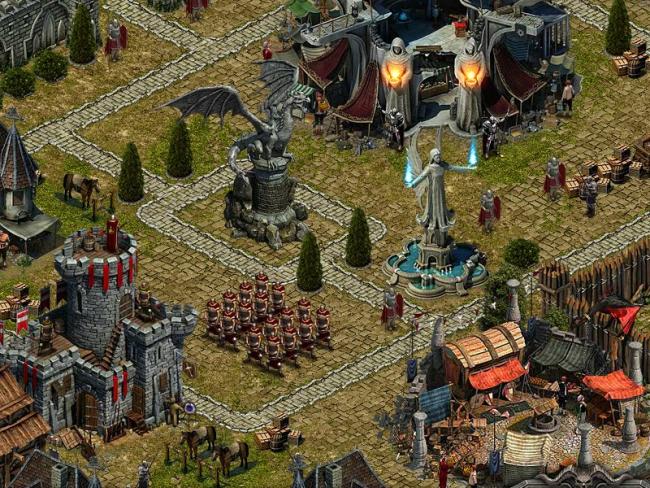 Stormfall doesn’t just add a slight twist to the freemium model, but also puts its own spin on the social network platform integration by requiring you to enlist friends to finish quests. If you’re comfortable providing link-spam to your friends on a regular basis, you’ll have no issues handling the questing system in Stormfall. There’s a slight workaround in that you can add other players on the world map as allies, but you’re going to fall into the trap at some point. Want to expand your territory? Add ten friends or pay an excess of Sapphires. You’ll either pay to be alone or you’ll shamelessly hock this game to your friends. Having friends play along is a helpful addition, giving players access to units only available through social play, but the annoyance of the system greatly outweighs its benefits.

That tends to be the way with Stormfall: a good concept that bugs you to death in its execution. A story-driven narrative with an attempt at immersing the player by including voiceovers that ultimately become overdone and self-indulgent. Emphasis on presentation is defeated a bit by sound issues. You can pile up premium currency, but only enough to accomplish half what what you need them for. Friends are encouraged to play with an insistence that falls just short of force. The tenets of a good RTS that is easily accessible are in there, but it’s a step forward and a step back that lands Stormfall in the category of “middle of the road” games.

Legends: Rise of a Hero Review