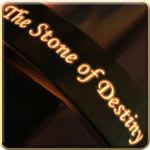 The gaming landscape is chock-full of great hidden object titles, but that doesn’t necessarily mean there isn’t room for one more – especially when the game looks as good as Stone of Destiny. Truth be told, the game brings very little to the table that hasn’t been seen before, but it’s a fun experience while it lasts, bolstered by high production values.

Stone of Destiny‘s atmosphere is one of a mystery novel mixed with a touch of the supernatural. The story initially follows a man whose uncle disappears under odd circumstances, leaving behind a strange book and an envelope with a list of objects inside. (Sound familiar, Mortimer Beckett fans?)

Here’s a twist, though: the objects on the list aren’t just a random jumble of trinkets – they’re actually the ingredients needed to create powerful incantations that will eventually unlock the Stone of Destiny.

There are always 10 hidden items in each location, and you need to find all of them by locating them and clicking them with the mouse, “Where’s Waldo?” style. When collected, they reveal the shape of a rune, which you must recreate by drawing it with the mouse in the middle of the incantation circle. If you’re successful, the incantation will be complete, and the rune will be recorded in your book. You’ll eventually need all the runes in order to open the final gate leading to the Stone of Destiny.

In order to find all the items you’ll need to travel around the world, with the help of a map with the locations you need to visit marked on it. There are usually between three and seven locations to search in each level, and you’re able to leave and return to any area on the map.

If you’re stuck, you can ask for a hint and a halo of light will briefly appear around one of the items you haven’t found yet. Hints are unlimited, but they take a while to recharge, which eats into the assigned time limit.

The beautiful settings you’ll visit on your journey are truly a highlight of Stone of Destiny. You’ll travel to a primeval forest, an old Celtic church, the ruins of an ancient Greek temple, and an African village to name a few – all locations that have an ancient, slightly otherworldly vibe to them and are dripping with atmosphere.

You’ll also encounter distractions like flies and butterflies buzzing around, clocks chiming, raindrops falling and bouncing off the roof, and various insects and animals popping in and out of the scenery. (Although delightful from a visual perspective, I found myself turning the audio way down after a minute or so of buzzing.)

A few of the locations are pitch black, and your mouse pointer will have to double as a flash light to illuminate small part of the screen at a time. In other instances, you’ll have to find objects based on silhouette instead of name.

After clearing each set of locations, you pass through a portal that leads you further down the path to the Stone. Each portal presents you with a puzzle to solve before you can pass through. In one of the puzzles, for example, crystals are arranged so that the beams of light issuing from them are intersecting each other. Your goal is to move the crystals so that none of the lines cross. In another example, you must move a pyramid of rocks across a series of columns, but can only stack smaller rocks on top of larger ones. These puzzles are one of the highlights of the game, not only because they’re challenging, but because of the 3D animation sequence that follows whenever you manage to solve one.

Without giving too much away, eventually a second character appears on the scene and you’ll get to replay a lot of the same levels (but with a different list of objects to find) and more difficult puzzles. This extends the replay value somewhat, but the game is still on the short side with just over 25 levels, and relatively easy too.

Stone of Destiny‘s strong graphics and mysterious atmosphere deliver an enjoyable experience, but one that with its relatively short length and unlimited hints seems in some ways designed for younger players. Hidden Object pros will likely be able to blow through it in a few hours.