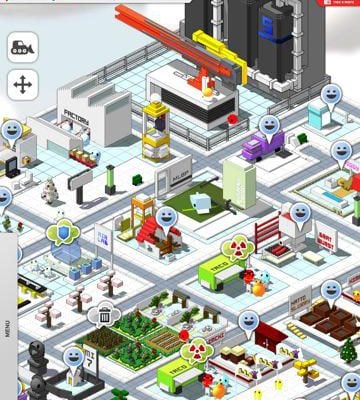 Stinktopia lets you farm for gas, and somehow doesn’t stink

There are plenty of farming games that have you harvesting crops and city building games that have you erecting factories, but even still, there’s really nothing like Stinktopia. At least, in terms of theme. It’s a game that has you producing all manner of foul smelling items to help create giant stink bombs, which you can then use to attack your friends’ stinktopias. It’s goofy and juvenile, but the theme is about the only unique thing about the game, as Stinktopia is pretty by the books as far as social games go.

The game is, at its core, a city builder. There are buildings to build, decorations to put up, and plots of farm land to tend to. And each thing you create has its own use. Well, except for the decorations, as far as we can tell. But everything else has a specific function. Farm land, for instance, can be used to grow stinky crops like onions, which go towards building up your stink bomb capabilities. Meanwhile, you can also put down rose bushes and build perfume factories to improve your defense in case of attack. Basically, the whole goal is to make your town smell good while making your friends’ towns smell bad. 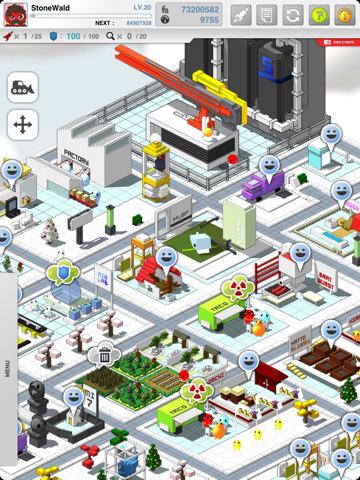 This makes it easy to know what each item or building does before you purchase it. If it smells good, it’s for defense. It it smells bad, offense. Simple stuff. Most buildings need to be harvested at regular intervals, and just like in most games of this vein if you don’t return soon enough your goods will go bad and need to be tossed.

The battles are somewhat disappointing and at times a little confusing. In order to battle you’ll need friends, which you can add either via Facebook or Twitter. But if no one on your social networks is playing, you’re going to have a tough time finding someone to battle with as there is currently no other way to find other players. Once you do have a friend you can choose to battle them, which amounts to nothing more than a timer. Once the timer winds down, the stink bombing is over and you’ll earn some experience. You don’t get to see the battle and there’s really no clear indication as to who came out ahead or why.

Stinktopia also uses your mobile device’s built-in GPS to allow you to virtually move your city wherever you like. If you play regularly in the same area where your city is located, you’ll earn bonuses. It’s a neat little feature though it doesn’t appear to have a large impact on the actual game. 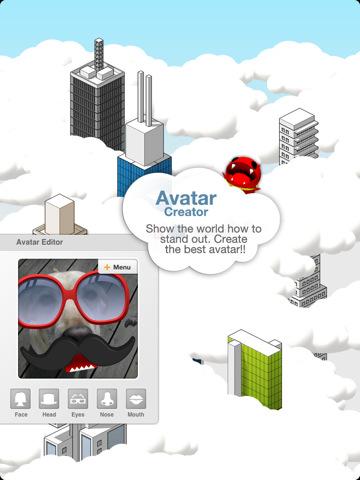 But the fact that you can move your city around at will does make the visual set-up make a little more sense. After all, your stinktopia is actually a floating city held aloft by flapping, robotic birds. And everything else looks just as bizzarre. Stinktopia has a blocky, almost pixelated, look that’s surprisingly clean considering the subject matter. It looks well enough, though when you zoom in things tend to get grainy. The various animations also feel a bit off, as if everything was going in super fast motion.

The strange and goofy subject matter is really the only defining characteristic of Stinktopia. While the GPS-enabled features and friend battling are nice additions, they are underutilized. So you’re left with what amounts to little more than yet another city building social game, only this time it has farts. But for some people, that may be enough.