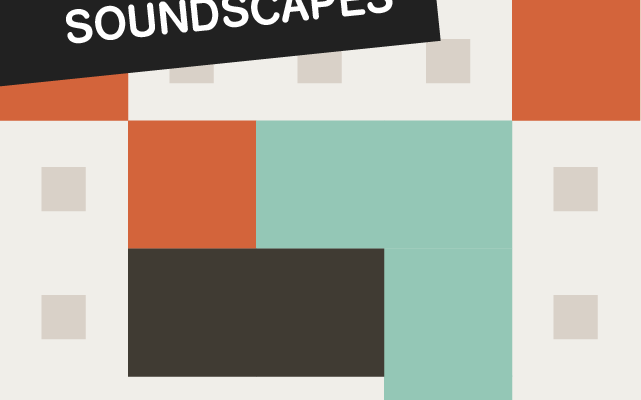 Wanderlands’ third game combines the challenge of Impasse and the charm of Midas into a near-perfect puzzler.

I had been playing Stickets for three hours straight without realizing it.  The doorbell rang, and I had to look away to the real world to answer.  Except I couldn’t focus; the outline of bright yellow and blue squares still clouded my vision, seared into my brain from focusing on them so long.  I returned to playing.  Didn’t I care who was at the door?  It wasn’t more Stickets, so no.

A marathon playing session may seem out of place for a simple puzzle game, but Stickets does—pardon the pun—stick with you.  Underneath its geometric, single mechanic exterior lies a game layered with complex strategic possibilities.  Like Super Hexagon, Stickets is a game that anyone can play and enjoy but very few will actually become good at.

You begin every round on a blank 5×5 grid.  At the bottom of the screen, four blocks are available: each is made up of three differently colored squares joined together to form a corner shape.  Each block is fixed in a certain direction and cannot be rotated; if you laid them out one by one at the edges of the grid, they would complete the corners perfectly.  Every block you place on the grid is worth one point.  For each block added, another randomly tri-colored version of that shape becomes available for placement.  Your goal is to place as many blocks as possible without running out of space.

Space is at a premium, so you’ll need to continuously clear away blocks while adding them.  Any time three or more squares of the same color are touching directly—whether it’s in a line, corner shape, or other—you can tap that block of color to remove it.  Since only adding blocks affects your score, removal is left entirely to the needs of your space-clearing; there’s no score advantage to removing blocks of four instead of three.

There is often a strategic advantage, however, and deciding when to clear blocks is just as crucial as where you place them.  In Stickets‘ primary game mode, Space, you’ll have unlimited time to do either, allowing for pre-planning of multiple moves and testing out block placement without committing to it.  Once you reach a score of 50 in Space—not an easy feat—you’ll unlock Time mode.  Time mode does not end when you run out of grid space.  Instead, blocks have a countdown timer that begins as soon as you drop them on the grid.  After 20 seconds, placed blocks will explode and you’ll lose a “life” for each block that disintegrates.  You’re given 12 lives to begin with and can earn back lost lives by clearing groups of color larger than three. 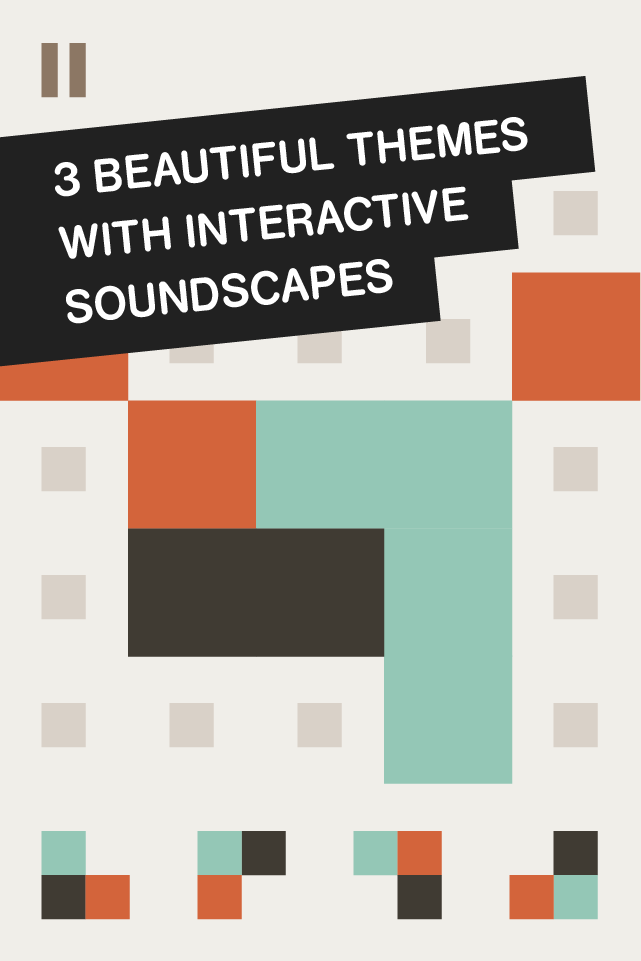 Achieving a score of 50 in Time—even harder than Space—will unlock the final game mode, Puzzle.  Puzzle features a set of seven different brain teaser-esque challenges, like “Fill the whole grid” with blocks or “Create a horizontally symmetrical pattern in exactly 5 moves.”  These are brain-blisteringly difficult, but provide a nice alternative to the strictly score-based goals of the previous two modes.

In addition to unlocking each game mode, there are two extra color themes available, Classic and Ice Cream, at a score of 25 in Space and Time respectively.  These themes also come equipped with their own block-placing soundscapes that create a surprisingly different feel depending on both the theme and game mode—Classic has a somewhat haunting, cacophonous tune in Space but is very upbeat and relaxed in Time.

Although all of these unlocks provide both an incentive to improve and a crucial goal to work toward, there is a frustrating aspect to having two thirds of a game’s content locked out simply because you’re not good enough.  Having played at least 100 games of Time before I even came close to 50 points—seriously, it’s not easy—I really craved an option to auto-unlock after so many tries.  Eventually I hit that goal, swelled with pride, then was beaten back down by Puzzle, but I empathize with anyone who wants to try out all three modes without proving themselves first. 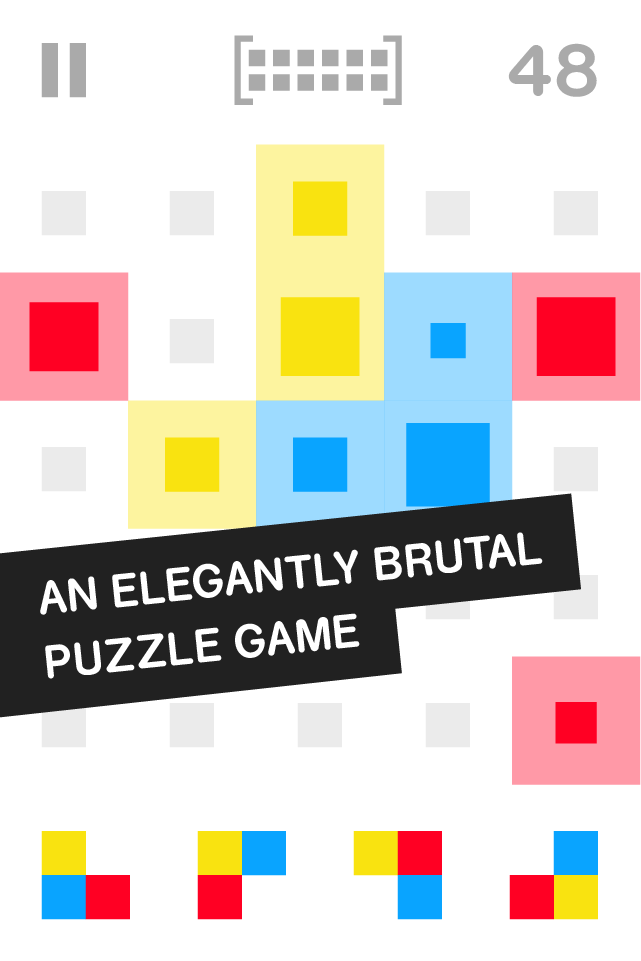 After what seemed like an endless number of Time games, though, and failure upon failure, Stickets proved itself in two key ways: first, I never got tired of trying again.  Thanks to the randomized color arrangements and surprising number of strategies available, each round plays out differently.  Second, even during streaks of pure disgrace—scores little higher than 10—I was never discouraged or frustrated.  Every failure was my own fault, and every round a fresh start that might play out in an entirely new way.  Stickets offers endless chances for improvement and entertainment; I made the right choice sticking with door number one.