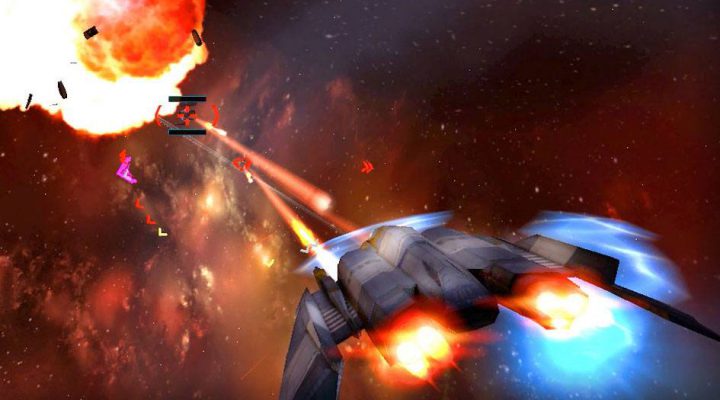 Controls are simple but effective

Lots of spacey things to do

Environments are not all that great-looking

I love space adventure games like Privateer, Galaxy on Fire 2, and Dangerous (if you haven’t played any of these, you totally should). So I was really excited to jump into Stellar Wanderer because it looked like more of the spacey adventurey things I like. And it is, kind of, but there are a lot of little things that add up to make what could’ve been a great game merely “okay.”

The story begins with a nameless pilot (or maybe his name actually is “Pilot?”) narrowly avoiding death after ferrying some mysterious VIP around. Mr. Anderson, as he calls himself, is impressed about the whole not dying thing, so he buys our hero a new ship and then tutorializes him in the ways of hunting space pirates and mining asteroids. It’s no less awkward than most of the other space adventures I’ve played, honestly. 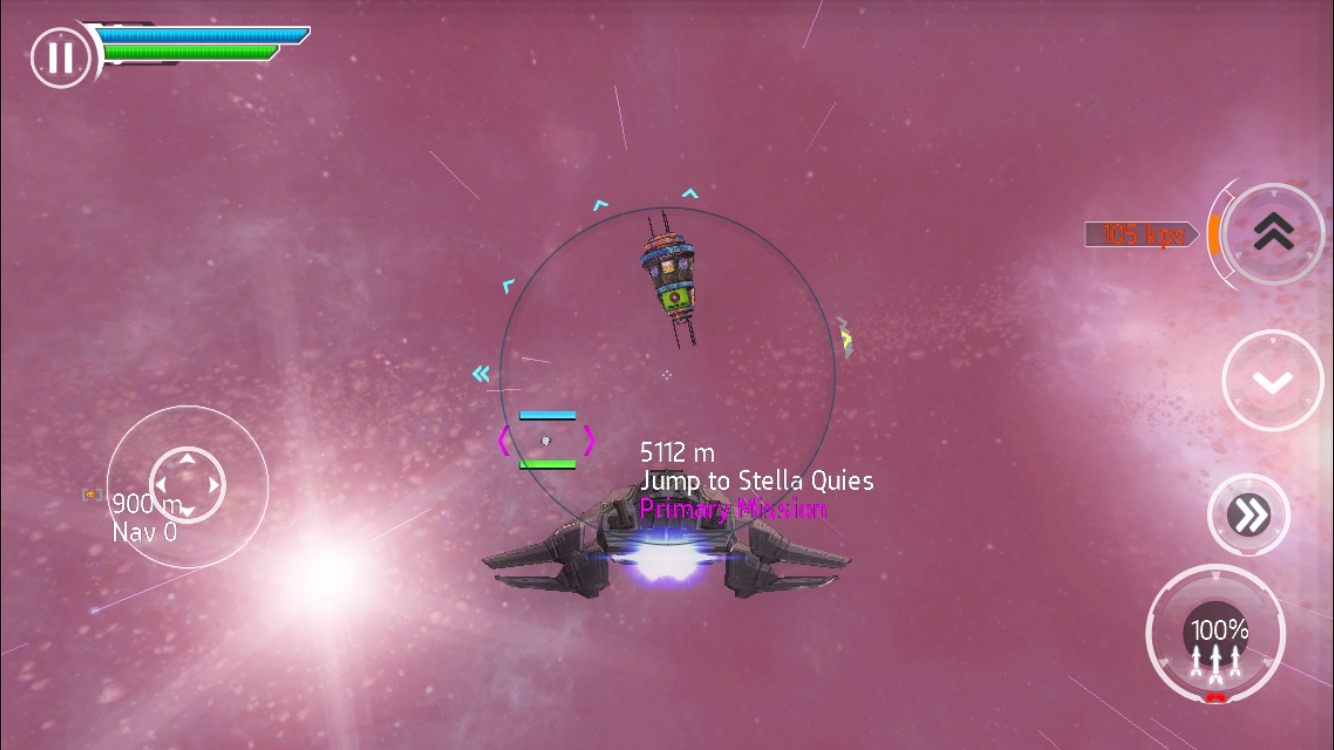 Unfortunately a lot of Stellar Wanderer is a pretty mixed bag. The ship and space station designs are often really impressive (and far less generic than I’ve come to expect), but the environments themselves look somewhat bland. The controls work well and are pretty responsive, but there’s currently a bug I keep running into that (on a whim) prevents me from docking with stations or activating jumpgates. Then there’s the way that the ship likes to “drift” when turning, which is only really noticeable when you’re maneuvering close to another physical object, but it’s kind of irritating if you’re dodging between asteroids during a dogfight.

Speaking of dogfights, combat is pretty simple to pull off without losing any of the fun. The problem is, it happens waaaaaaaay too often. Pretty much every single time I’d enter a new area I’d have at least one or two pirates attack me immediately, and even once they were dealt with more would just appear less than a minute later. And of course I was the only ship they were interested in. 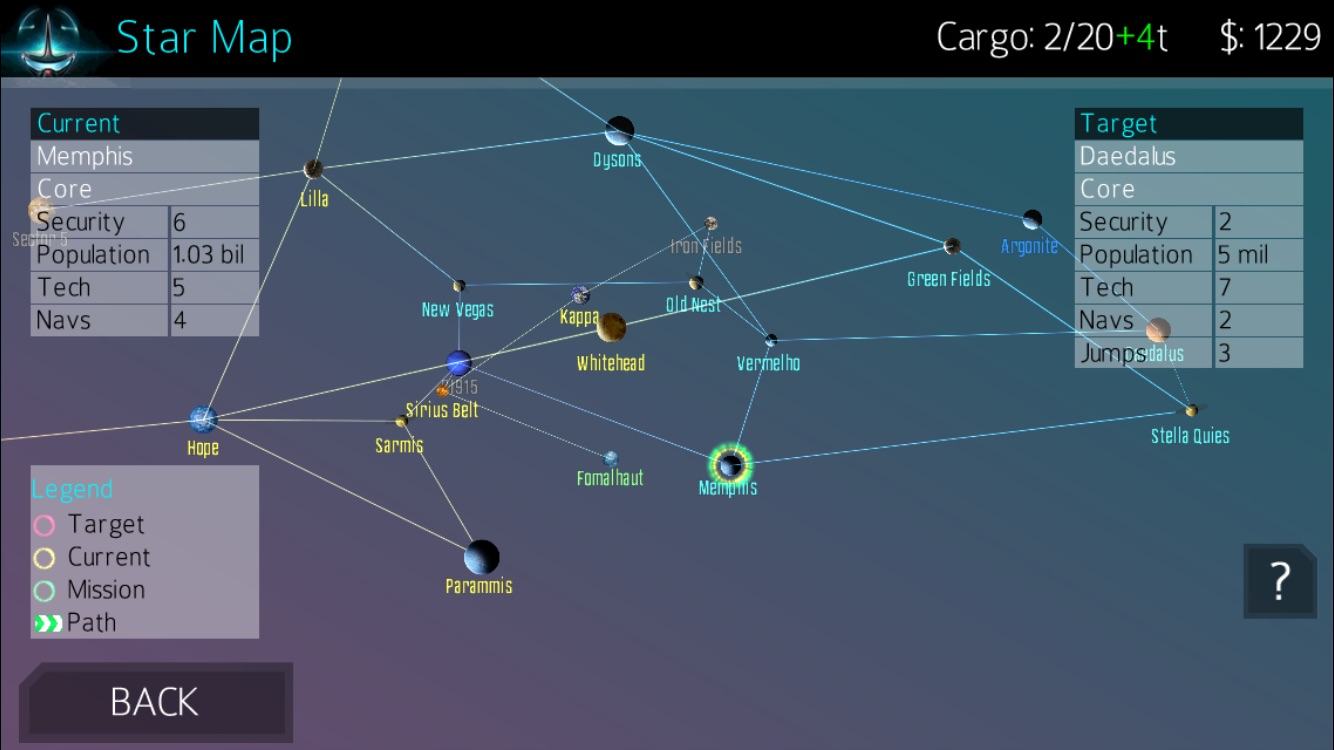 Even mining feels slightly off. You have to shoot at an asteroid in order to break pieces off that your ship will automatically collect if you’re within range – that’s fine and I’m totally down for that. Where things get problematic is when you consider the fact that you can’t bring the ship to a full stop. Ever. This means you either have to continually fly past the asteroid or awkwardly hold the attack button and keep tapping the reverse button (which are both on the same side of the screen).

There’s also a lite RPG system in place that lets you pick a “class” for Pilot and even gain experience, which you can then spend on various stats to increase his effectiveness. Even this has issues, sadly, with menus that don’t relay information as well as they could (i.e. you have to pull up a separate Help window to learn what any of the stats specifically do). I like the idea of it, and if nothing else it makes for another reason to keep playing that doesn’t involve simply earning more credits, but I thin kit could be explained a bit better.

Stellar Wanderer is just full of stuff like this – slight irritations, disappointing design decisions, bad timing, and so on. Even so, while it might not be the best space adventure at the moment I do think it has potential. As is, it’s decent. Unfortunately I’m not sure “decent” is enough, considering the competition.