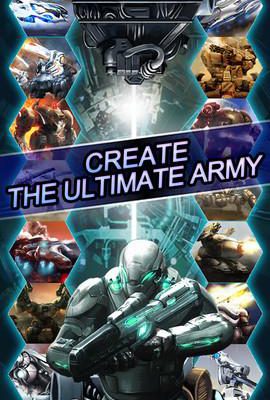 I get it. Games like Rage of Bahamut are quite good at making money, and game developers need to make money. But there has to be a better way than mimicking the formula. Steel Commanders mixes things up a little, so it’s not as big an offender as Reign of Dragons, but it’s still tough to get excited about playing what is essentially the same game I’ve been playing for well over a year now.

Steel Commanders is another iOS collectible card game with all the typical freemium bells and whistles such as energy meters and premium currencies. Players choose between one of three factions – this grants bonuses to cards belonging to that faction – and then start building up their forces. They can quest to earn gold, more cards, and experience. Sometimes they’ll encounter a large hostile alien that they can take on for bonus rewards, although if it proves to be too tough they can call on allies for assistance. They can pit their squad against another player’s in order to earn some extra cash and try to land the top spot in the PvP rankings for some serious payoffs. Duplicate cards can be fused to create more powerful versions of a basic card or “fed” to a favorite in order to make it stronger, and so on. 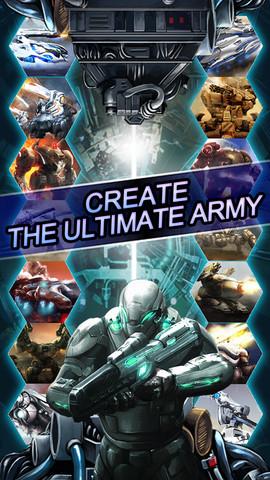 The futuristic setting in Steel Commanders is nothing more than window dressing, but it’s incredibly good-looking window dressing. Pretty much all of the cards, even the low-level common ones, look fantastic from the get go and they only get more impressive as they’re fused or players start acquiring rares. When players want to fuse any of those cards, they’ll also be able to see exactly what they’ll be getting, even before they commit the coins to the process. Cards used in quests will also gain experience on their own, which is something I wish more CCGs that use similar features would include.

I was also impressed with the addition of random monster encounters. Every time one popped up I couldn’t wait to take it down, and thanks to a system that pulls from all three of the player’s energies – quest, combat, and defense – I was able to dive right in even after spending a bunch on quests and PvP battles. I also have to admit that, as someone who typically doesn’t enjoy PvP, it’s been handled really well here. There’s definitely incentive to partake in player battles, but there’s also no real punishment for avoiding PvP entirely if that’s what a player wishes. 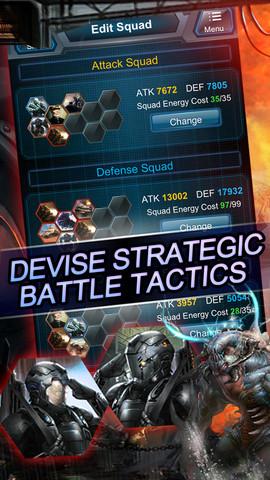 Of course, as neat as Steel Commanders looks, and as handy as some of its smaller features can be, I still felt like I was playing something I’ve already played before. It’s not so bad that I’d say the game suffers for it, especially because the artwork is so spectacular (and I have a thing for mechs/robots/etc.), but it’s still very noticeable. A much bigger problem is the significant lag that occurs between every single button press. 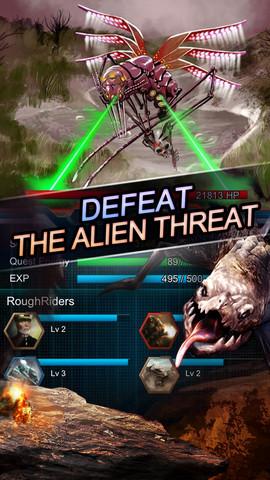 Despite my harping on the overuse of a particular formula, which I’ll admit probably wasn’t pioneered by Mobage’s juggernaut, I still enjoy it. It’s painfully familiar at times, but adds at least a couple of different features to the mix as well as a fantastically illustrated series of futuristic cannon fodder. It encourages competition but doesn’t outright punish anyone who’d rather simply collect cards and build out their dream squad. I’d say that if a player has room on their schedule for two iOS CCGs, they wouldn’t mind making Steel Commanders one of them.